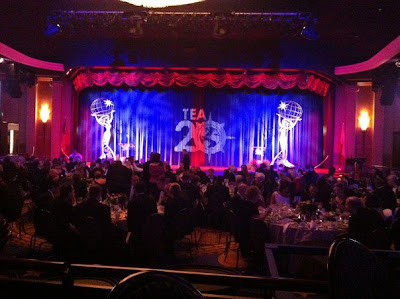 Burbank, CA, USA — Ron Miziker’s splendid work as Executive Producer will be what’s called “a tough act to follow,” but the show must go on!

The Themed Entertainment Association is seeking expressions of interest for the position of Executive Producer for the 19th Annual Thea Awards Gala (April 2013). Working with the TEA’s International Board President and Executive Director, and with production support from the TEA’s Manager of Special Events and Relations, the Thea Awards Gala Executive Director will develop creative direction and oversee the production of this prestigious industry event. As the Thea Awards Gala relies heavily on donated time, talent and resources, the Executive Producer shall recruit a volunteer production team, will assist with the solicitation of needed resources to produce the event, and will report regularly to the International Board of Directors.

Scheduled for April 6, 2013 at the Disneyland Hotel Grand Ballroom, the annual Thea Awards Gala has become THE industry event honoring outstanding achievements in the creation of compelling places and experiences worldwide. A black tie gathering with a focus on the recipients and their projects, the Thea Awards Gala is the culminating event of three days of intense TEA activities, including the TEA Summit and Thea Awards Case Studies conferences (April 4 and 5 respectively). Expressions of interest from experienced live event producers should be sent to Executive Director Gene Jeffers, [email protected], ph. +1 818 843-8497.