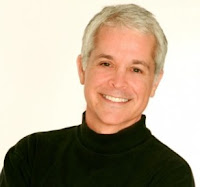 Richmond, BC, Canada — Prime Play, a world leader in the design and manufacturing of active family attractions, is proud to welcome Seth Foster to its global sales team.

Seth brings over two decades of industry experience to his new role as Vice President, Sales – US. He comes to Prime Play from Universal Creative where he served as Show Producer for the blockbuster reboot of The Amazing Adventures of Spider-Man at Universal’s Islands of Adventure, the new SpongeBob SquarePants themed retail experience at Universal Studios Florida, as well as other creative development projects.

Prior to this, Seth served in senior executive roles at prominent entertainment industry firms and has managed projects, people and sales efforts throughout the US and on a worldwide basis, bringing a global strategic perspective to his new role at Prime Play. Seth’s impressive list of worldwide credits include such renowned entertainment icons as Universal Studios Parks & Resorts, the Walt Disney Company, Children’s Television Workshop (“Sesame Street”), Seattle Science Center, Six Flags, the Mirage Hotel, several World’s Fairs and Expos and many more.

“Seth’s excellent communication skills allow him to interface superbly with clients to ensure that Prime Play delivers the best designs and products possible to them each and every time,” affirms Prime Play’s Nathan Jones, VP of Sales & Marketing – Americas. “Seth’s experience and proven track record provides real, value-added capabilities to Prime Play’s ever-expanding customer base where he will focus on developing opportunities to implement original Family Adventure Park attractions throughout the United States and we are excited to have him join the team”.

A noted industry panelist and speaker, Seth has been a featured speaker or panelist at TiLE, IAAPA, TEA, the prestigious Tokyo International Film Festival and the Silicon Graphics Entertainment Authoring Conference, amongst others. Seth is also a founder of the European chapter of the Themed Entertainment Association (TEA).


As VP of Sales – U.S., Seth will be based out of Orlando and joins Prime Play’s global sales force, with 18 offices worldwide.

For information on Prime Play, a world leader in the design and manufacturing of active family play attractions, please visit www.primeplay.com.