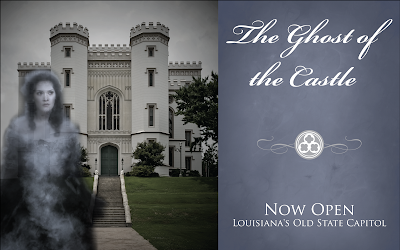 BURBANK, Calif. USA — BRC Imagination Arts, an international leader in the design and production of cultural attractions, announced that its reinvention of the political history exhibit at Louisiana’s Old State Capitol has been honored with a 2010 Award of Excellence from the Southeastern Museums Conference (SEMC). “The Legacy of Huey Long” and “Governors’ Portrait Gallery” are a part of the exhibit that has been recognized for outstanding achievement.

In July 2010, the Old State Capitol unveiled a new visitor experience with a number of dynamic galleries and revived public spaces, as well as a full-immersion theater presentation designed, created and produced by BRC. BRC specializes in working with museums and cultural institutions to transform educational content into engaging and meaningful visitor experiences.

“The rich political history and tradition in Louisiana are immensely fascinating. The drama, turmoil, resilience and triumphs of its larger-than-life political figures present a wonderful story-telling opportunity in which visitors can emotionally connect to their history and heritage,” said Carmel Lewis, Vice President of Cultural Experiences for BRC Imagination Arts.  “BRC’s approach, a thoughtful blend of scholarship and showmanship, lent itself well to the goals of the Old State Capitol.”

“The Legacy of Huey Long” gallery plunges visitors into the controversial political legacy of the notorious politician.  Visitors experience first hand the power of Long’s oratory skills at a lively political rally, and examine real evidence as they investigate the details of his assassination. The stunning second floor level of the capitol rotunda is home to “The Governors’ Portrait Gallery.”  This gallery features the portrait of every governor of Louisiana, each of their stories activated through interactive kiosks.

“We had a number of goals for updating the visitor experience at the Old State Capitol, and BRC was key in helping us craft and achieve our vision,” said Mary Durusau, Director of Louisiana‘s Old State Capitol.  “We are thrilled to have our new political history exhibit recognized with an Award of Excellence from the SEMC.”

BRC Imagination Arts is world renowned for the design, creation, and production of innovative and world-class museums, immersive branded attractions, visitor centers and world expo pavilions. The company’s cultural experiences portfolio includes a diverse range of organizations, including the Abraham Lincoln Presidential Library and Museum, the Empire State Building, Chicago‘s Museum of Science and Industry, the Museum of Liverpool, Arizona Science Center, NASA, and the Texas State History Museum, among many others.

Since its founding in 1981, BRC has been honored with over 275 international awards for creative excellence including two Academy Award nominations and 17 THEA Awards for Outstanding Achievement for its museum exhibits and visitor attractions.  BRC has offices in California, The Netherlands, the United Kingdom and China and is currently engaged in projects in the United States, Asia, Europe, and the Middle East.

Judith Rubin
Judith Rubin ([email protected]) is a leading journalist, publicist, strategist, blogger, content marketing specialist and connector in the international attractions industry. She excels at writing about all aspects of design and technical design, production and project management. Areas of special interest include AV integration and show control, lighting design and acoustics, specialty cinema, digital video and world’s fairs. Judith has ties to numerous industry organizations. From 2005-2020 she ran communications, publications and social media for the Themed Entertainment Association (TEA). In 2013, she was honored with the TEA Service Award. She was development director of IMERSA, and co-chair of the 2014 IMERSA Summit. She was publicist for the Large Format Cinema Association in the 1990s, now part of the Giant Screen Cinema Association (GSCA) and has also contributed to the publications of PLASA, IAAPA and the International Planetarium Society. Already making her mark as a magazine and book editor, Judith joined World’s Fair magazine in 1987, which introduced her to the attractions industry. Launching as a freelancer in the mid 1990s she has contributed to dozens of publications and media outlets including Funworld, Lighting&Sound America, Sound & Communications, Urban Land, The Raconteur and The Planetarian. She joined InPark in 2010. Judith earned a Bachelor of Fine Arts from Pratt Institute. She has lived in New York City and the San Francisco Bay Area, and now makes her home in Saint Louis, where she is active in the local arts and theater community.
Share
Facebook
Twitter
Linkedin
Email
Print
WhatsApp
Pinterest
ReddIt
Tumblr
Previous articleMadame Tussauds Washington D.C. Announces Its $2 Million-Plus U.S. Presidents Gallery Featuring Wax Figures of All 44 U.S. Presidents to Open on February 17, 2011
Next articleConvention Center Authority Approves Omni, Hall of Fame Deal