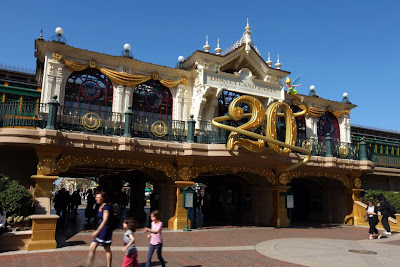 “Cultural Diversity” is the theme of TEA’s SATE 2012 conference on Experience Design, held 19-21 September at Disneyland Paris. The dialog will span the mature entertainment markets of the US and Europe, the rapidly expanding markets of Asia, and the emerging markets of the Middle East & South America.

The TEA added the SATE conference to its slate of industry events in 2007 to foster dialog in the business community about the methodology of Experience Design.

Registration for SATE 2012 is now open, and the full conference program and confirmed speaker list are now available. Following the conference is an optional post-SATE excursion to French theme parks Puy du Fou and Futuroscope.

For a complete press release about SATE 2012 – in English and French, with details of the program, speakers and logistics, background on the event, and sponsorship information, visit http://sate2012.blogspot.com/2012/07/themed-entertainment-association-leads.html.

About TEA
The TEA (Themed Entertainment Association) is an international nonprofit alliance founded in 1991 and based in Burbank, Calif. TEA represents some 7,000 creative specialists, from architects to designers, technical specialists to master planners, scenic fabricators to artists, and builders to feasibility analysts working in more than 680 firms in 39 different countries. TEA presents the annual Thea Awards and the TEA Summit and hosts the annual SATE conferences (Story, Architecture, Technology, Experience). TEA also produces a variety of print and electronic publications, including the TEA/AECOM Theme Index, TEA Project Development Guidelines, and TEA Annual & Directory.