Sweating the Asset: the benefits of multi-platform media production

What’s new in media tie-ins for visitor attractions? These days, it’s usual for films, brands and other licensed properties to be tied in to theme park attractions, museum exhibits and other guest experiences. More than ever, we’re seeing examples of what is called cross-platforming, multi-platforming or transmedia.

To “sweat the asset,” savvy producers and distributors are not only re-purposing existing material, they are planning new projects holistically, with multiple platforms and markets in mind at the start. Here are two current examples:

Rebirth
Releasing to theaters in August and playing on Showtime on Sept.11 – and eventually settling in at the National 9/11 Memorial and Museum, “Rebirth” is a motion picture that chronicles, through time-lapse photography, the reconstruction of the site of the former World Trade Center, while also following, over an eight year period, the lives of nine individuals who were directly affected by the events of Sept 11.

The time-lapse photography will continue beyond the film’s initial release date until the site development is complete. The National 9/11 Memorial and Museum will use “Rebirth” and the additional footage as key components of its exhibition, website, and educational materials. Through a partnership with Georgetown and Columbia Universities, the footage will be used to teach lessons in grief and coping across a variety of scholarly disciplines. And eventually, through the Project Rebirth Center, first responders will utilize the footage and lessons of 9/11 in learning, from an emotional standpoint, how to deal with disasters.

One World One Ocean
Working with famed marine biologist Sylvia Earle, MacGillivray Freeman Films, producer/distributor of such giant screen blockbusters as “Everest” and “To Fly!” has launched its “One World One Ocean” campaign, the largest effort in the company’s history. The mission is to protect the world’s oceans by expanding the world’s marine sanctuaries and by influencing people around the world to make different choices in consumption of seafood.

Forming the centerpiece of this project are a giant screen film and an expanded theatrical film. The message, including photography both from within the film and additional footage, will be carried over to a television series and extensive internet experiences. Already, a major social media campaign has been launched and both HD and IMAX footage will be made available to NGO’s and conservation groups. As part of the production, MacGillivray Freeman has already filmed the Deepwater Horizon disaster in the Gulf of Mexico with IMAX cameras.

Both “Rebirth” and “One World One Ocean” show how filmmakers can integrate footage from their films across a variety of media and educational platforms.

Endless possibilities
Multi-platforming has arrived. The two projects described above are just two examples of how content can be used to make an asset provide additional returns, carrying the message farther and supporting the mission. Here are two of my own ideas:

A film from Iraq or Afghanistan, such as the Oscar-nominated “Restrepo,” co-directed by Sebastian Junger and the late Tim Hetherington, could be used by military organizations to teach mental health care providers how to deal with the stresses of the front lines while also being used in a museum environment to show the actuality of wartime.

Likewise, footage from Lucasfilm’s upcoming motion picture on the Tuskegee Airmen, “Red Tails,” could be integrated into a giant screen film, and then elements of both could be used across a spectrum of platforms for both individual and group education.

It’s no longer necessary for a motion picture to be experienced solely in theaters. Through the use of various media technologies, we can now experience adventure and emotion through a number of mediums. The possibilities are endless. 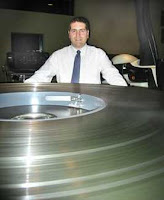 For more than 15 years, Joe Kleiman has been involved in the giant screen and attractions industries. During that time, he acted as head technician on the IMAX Ridefilm installation at Moody Gardens and as part of the teams responsible for introducing IMAX 3D to Northern California and West Georgia. Most recently, he served as Director of Attractions for the National Infantry Museum and Soldier Center during its first year of operation. Kleiman currently consults for giant screen filmmakers and distributors on multiplatform distribution and writes professionally about the industry for a number of publications and on his blog. He is in the process of learning Mandarin Chinese.

Judith Rubin
Judith Rubin ([email protected]) is a leading journalist, publicist, strategist, blogger, content marketing specialist and connector in the international attractions industry. She excels at writing about all aspects of design and technical design, production and project management. Areas of special interest include AV integration and show control, lighting design and acoustics, specialty cinema, digital video and world’s fairs. Judith has ties to numerous industry organizations. From 2005-2020 she ran communications, publications and social media for the Themed Entertainment Association (TEA). In 2013, she was honored with the TEA Service Award. She was development director of IMERSA, and co-chair of the 2014 IMERSA Summit. She was publicist for the Large Format Cinema Association in the 1990s, now part of the Giant Screen Cinema Association (GSCA) and has also contributed to the publications of PLASA, IAAPA and the International Planetarium Society. Already making her mark as a magazine and book editor, Judith joined World’s Fair magazine in 1987, which introduced her to the attractions industry. Launching as a freelancer in the mid 1990s she has contributed to dozens of publications and media outlets including Funworld, Lighting&Sound America, Sound & Communications, Urban Land, The Raconteur and The Planetarian. She joined InPark in 2010. Judith earned a Bachelor of Fine Arts from Pratt Institute. She has lived in New York City and the San Francisco Bay Area, and now makes her home in Saint Louis, where she is active in the local arts and theater community.
Share
Facebook
Twitter
Linkedin
Email
Print
WhatsApp
Pinterest
ReddIt
Tumblr
Previous article2008 Predictions Revisited: Rick Rothschild
Next articleTheme park safety for the family, according to Heloise