Glendale, CA, USA — Founded in December 1952, Walt Disney Imagineering (known as WDI in-house) is celebrating 60 years of innovation this year. Walt Disney once said “It’s kind of fun to do the impossible,” and making the impossible real is WDI’s specialty. To celebrate, the Imagineers are throwing open the doors (at least a crack) of their magic factory to the public at next month’s D23 Expo. The Walt Disney Parks & Resorts Pavilion at the event will give visitors a rare chance to explore the world of WDI and see how the innovation happens. Read on to see what to expect if you can be there, and get a peek at the event if you can’t make it.

“People always want to come to Imagineering, and we constantly get requests for tours. So we thought instead of bringing everybody to our campus in Glendale, what if we bring Imagineering to people so they can visit it?” explains Dave Fisher, show producer of the Walt Disney Parks and Resorts Pavilion. “We have created a huge replica of the Imagineering façade right there in the Anaheim Convention Center, and inside is a world of Imagineering. It’s focused on what we do and who does it, so you’ll see some of our tools and actually get to meet Imagineers. We’ll have Imagineers from many departments and disciplines – many Imagineers have volunteered to come out and meet the fans and show off what they do. We don’t usually get to strut our stuff because, as we like to say, there’s only one name on the door here and that’s Disney. So the chance to show off what we do is as thrilling for us as it is for fans to meet us!”

Dave says the pavilion has been designed to give visitors a real look at how Imagineers work and even a peek at hush-hush works in progress. “We have a technology called DISH, which stands for Digital Immersive Showroom, and we’ll show how it’s helped us design several attractions — visitors will be able to virtually ride two attractions, the same way we do when we’re testing them. There will be teasers for Avatar and Star Wars at the Disney Parks, as well as Disney Springs, the reimagining of Downtown Disney at Walt Disney World Resort. We’ll have a play test for a project called Adventure Trading Company, and there will be an outlet of Mickey’s of Glendale, the Imagineering Cast Member store, because like all great attractions we end with a gift shop! There will be some exclusive merchandise there for Expo visitors to take home.” 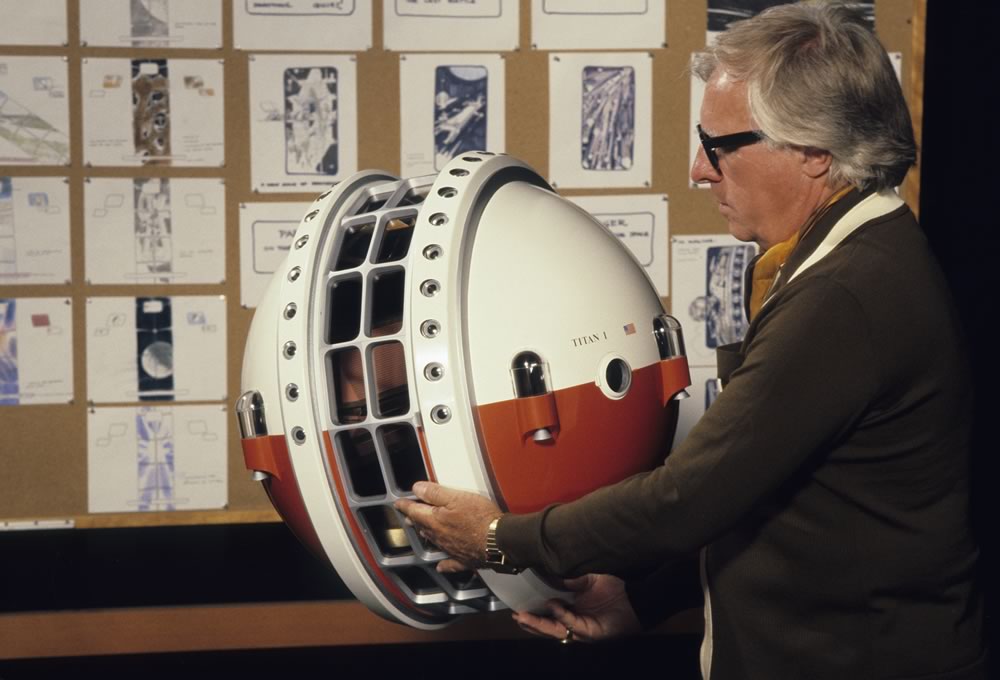 There will be even more than this to see, as the pavilion will showcase Imagineering history and some outstanding recent accomplishments. “We set the bar very high four years ago at the first D23 Expo, and we feel we have to meet or exceed it every time out,” laughs Dave. “This year we are actually going to have a meet and greet with Captain America at our space; he’s part of Marvel’s Avengers Academy on the reimagined Disney Magic. We are also going to be showing off iconic pieces from the Imagineering art library, including a piece by Peter Ellenshaw that is rarely seen under blacklight, the way he painted it to be viewed. And we’ll have some old models on display – things we rediscovered in the Imagineering warehouse. Some of them were mislabeled, so even we didn’t know what we had! So they hadn’t been seen in a long time, and they’ll be on display. Those include a Western River Expedition attraction intended for Magic Kingdom Park, and an early model for a space pavilion at Epcot that was worked on by Ray Bradbury.”

As amazing as these displays are to look at, WDI’s greatest treasures aren’t artifacts – they’re people. And some amazing ones will be there to celebrate. Panel discussions with Imagineers past and present will take place all weekend, and all day Sunday will be dedicated to marking the 60th Anniversary. “Some Disney Legends, including Marty Sklar and Bob Gurr, will be on hand to talk about working with Walt Disney himself,” Dave tells us. “It’s great to have these guys around because they can share perspectives and stories that will never be forgotten. People work here a long time, so the links between generations are pretty strong. I’m a Marty Sklar guy myself –Marty spent a lot of time writing for Walt, and I spent a lot of time working with him in the ‘90s.”

Showing off what WDI does is fun, but Dave hopes that visitors will find it inspiring as well. “I would like people to find out just what it takes for Imagineering to do what it does. People think of us as the dreamers, but I think just as important is the fact that we are doers. It’s not just coming up with ideas, but making them come true. Meeting the Imagineers can give people a sense of what it takes to educate, entertain, and inspire visitors to the Disney Parks around the world.”

“When Walt formed the company and designed and built Disneyland, a lot of it was done by the seat of their pants because no one had done anything like it. We’ve learned from the Imagineers who’ve come before and all the accumulated knowledge leads to bigger and better projects. I’ve been with Imagineering for more than 26 years and we do some things differently than when my career began, but ultimately we’re still here to educate, inspire, and entertain; to create magic for the people who come to the Parks,” Dave concludes. And that gives WDI a lot to celebrate – and a lot to work toward for the next 60 years and beyond.