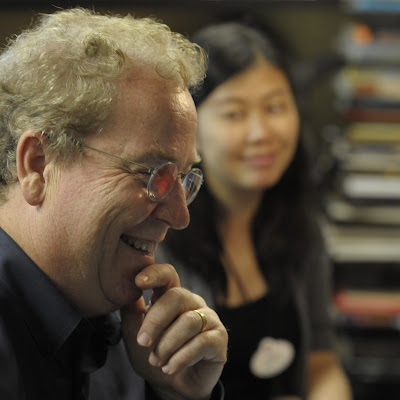 Bob Weis is Executive Vice President of Walt Disney Imagineering and Creative Portfolio Leader for the company’s Shanghai Disneyland Resort Project. In this capacity Weis leads an international and multi-cultural team of Imagineers and consultants in the development of all creative and design aspects of the guest experience including the new state-of-the-art theme park and resort.

Weis recently completed a four-year expansion of the Disney California Adventure Park, which included The Voyage of the Little Mermaid and World of Color, and culminated in the highly successful openings of the new Buena Vista Street and Cars Land for summer 2012.
Previous projects at Disney include leadership over creation of the Disney Hollywood Studios WDW, Tower of Terror, and conceptual design for Tokyo DisneySea.
Weis has been a creative force on three projects honored with Thea Awards. His work was recognized on the BattleStations21 Training Simulation project for the United States Navy, and for two traveling exhibitions: Adventures In Movie Making and CSI: The Experience.
Weis’s work outside the Disney parks includes extensive work in museum exhibits including his collaboration with Richardo Legoretta on the new Fort Worth Museum of Science and History. His feature film and documentary projects have been shown on Lifetime and on American Public Television.
SATE is the annual Experience Design conference of the Themed Entertainment Association. 19-21 September at Disneyland Paris, SATE 2012 addresses “Cultural diversity in Themed Entertainment: Obstacle or Opportunity?” Yves Pépin & Joe Rohde co-chair.

For more information, or to register, visit http://sate2012.blogspot.com/