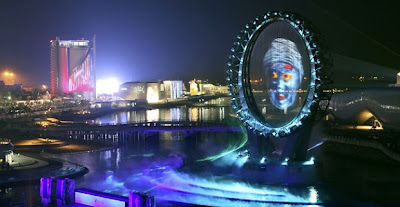 Yeosu, South Korea — The following statement was issued by organizers of Yeosu Expo 2012 on Aug 5, 2012:

The Organizing Committee for Expo 2012 Yeosu Korea was quick to quash the rumors that Yeosu Expo will reopen or be extended.
Latest internet rumors have it that the Yeosu Expo, which will be brought to an end on August 12th, will be extended for another one month.

They include some rumors that sound convincing, which says that the extension or rerun of the Expo needs permission from the Bureau of International Expositions (BIE) and it may be possible if the Korean government would make a request to do so.

After the rumors circulated, there have been around 10 telephone inquiries a day from those who plan to visit the Expo after the closing date of August 12, asking ticket price and Expo schedule. It is said that some would-be visitors think that they can go to the Expo anytime they want after August 12 and are delaying their visits.
Being an expo recognized by the International Exhibitions Bureau and the period of which is set by the rules of the organization, however, the Expo is unable to be extended in operation. In fact, the exhibition facilities at the Expo will be closed down from August 13th, a day after the closing ceremony, and the public will not be able to enter the site for a certain period of time.
Some of the permanent facilities—such as the Aquarium, Big-O, Expo Digital Gallery, and Sky Tower—will be subjected to renewal and not open until the end of August.
An official of the Organizing Committee was quoted as saying, “It is unlikely that there would be another expo held in Korea in a few decades. Those who wish to take part in this global festival are well advised to visit Yeosu before August 12th.”
Subscribe to InPark for FREE!
Submit your news