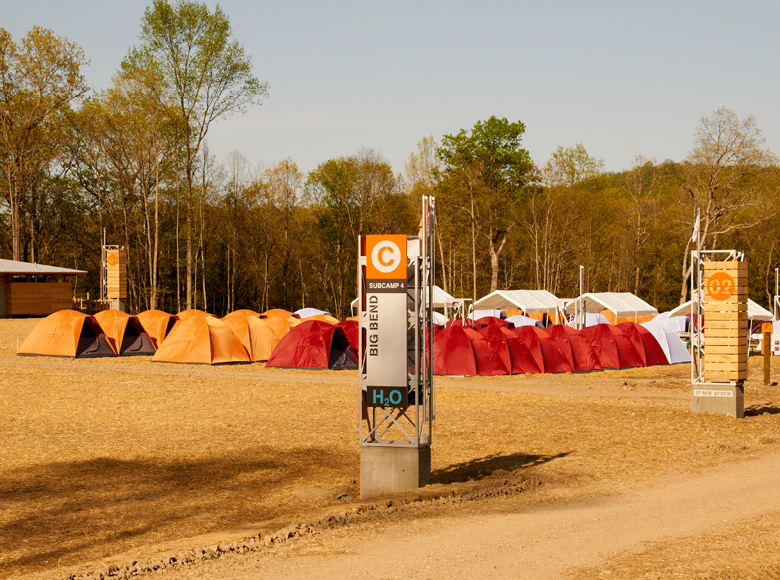 Washington, DC, USA — Winners in the 2013 SEGD Global Design Awards range from signage for a Boy Scout camp in West Virginia to a suite of high-tech interactives at the Cleveland Museum of Art. They also include a university cafeteria in Turkey, an exhibition on Charles Dickens in New York, integrated wayfinding and placemaking for the U.S. Army Corps of Engineers in Seattle, and environmental graphics for a wide range of other healthcare, corporate, civic, and cultural environments.

The 2013 SEGD Global Design Awards were presented June 8 during the 2013 SEGD Conference in San Francisco. Joe Zenas (Thinkwell Group) led a jury that was multidisciplinary but unanimous in its conviction that “the best work in environmental graphic design is solutions-driven and communications-driven—and the best projects connect people to place in memorable ways.”

The winning projects illustrate the dramatic impact that environmental graphic design has on the built world—and how EGD can impact the way people perceive and use public spaces, adds Zenas. “When you look at the winning projects individually and collectively, you see how design plays a major role in our everyday lives. Our Honor Award-winning hospital project, for example, shows how providing information in a timely and sensitive way can not only reduce stress for visitors and patients, but actively contribute to the healing process.”

The 2013 winners were announced June 8 during an awards celebration at the 2013 SEGD Conference in San Francisco. The jury led by Zenas selected 22 winning projects, including four that received the highest recognition, Honor Awards. Seventeen projects received Merit Awards and one received a Jury Award.

The winning projects, including photos, descriptions, team credits, and jury comments, can be seen on the SEGD Global Design Awards archive.

Joe Kleimanhttp://wwww.themedreality.com
Raised in San Diego on theme parks, zoos, and IMAX films, Joe Kleiman would expand his childhood loves into two decades as a projectionist and theater director within the giant screen industry. In addition to his work in commercial and museum operations, Joe has volunteered his time to animal husbandry at leading facilities in California and Texas and has played a leading management role for a number of performing arts companies. Joe has been News Editor and contributing author to InPark Magazine since 2011. HIs writing has also appeared in Sound & Communications, LF Examiner, Jim Hill Media, and MiceChat. His blog, ThemedReality.com takes an unconventional look at the attractions industry. Follow on twitter @ThemesRenewed Joe lives in Sacramento, California with his fiancé, two dogs, and a ghost.
Share
Facebook
Twitter
Linkedin
Email
Print
WhatsApp
Pinterest
ReddIt
Tumblr
Previous articleWhiteWater AquaSphere and Constrictor Slides to be Highlights of New Australian Aquatic Centre
Next articleGoddard Group Redefines the Ticket Counter at Lotte World