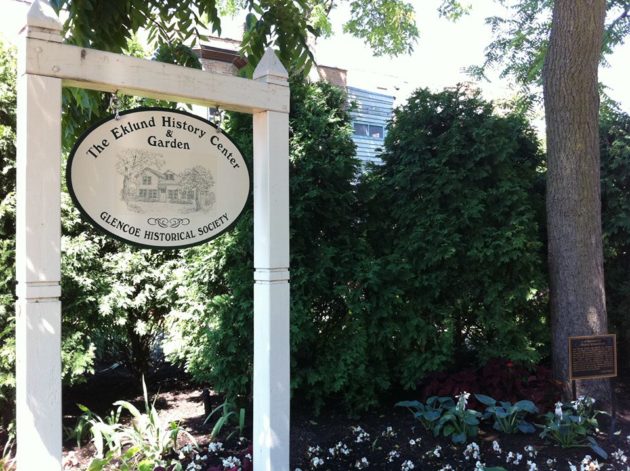 Nashville, TN, USA — The American Association for State and Local History (AASLH) proudly announces the winners of the 71st annual Leadership in History Awards, the most prestigious recognition for achievement in the preservation and interpretation of state and local history. This year, AASLH is proud to confer sixty-three national awards honoring people, projects, exhibits, and publications.

“The Leadership in History Awards is AASLH’s highest distinction and the winners represent the best in the field,” said Trina Nelson Thomas, AASLH Awards Chair and Director, Stark Art & History Venue, Stark Foundation. “This year, we are pleased to distinguish each recipient’s commitment and innovation to the interpretation of history, as well as their leadership for the future of state and local history.”

The Leadership in History Awards Program was initiated in 1945 to build standards of excellence in the collection, preservation, and interpretation of state and local history throughout America. Each nomination is peer-reviewed by AASLH’s state captains. Final awards are decided by the Awards Committee, comprised of AASLH’s fourteen regional representatives and the National Awards Chair.

The Award of Merit which is presented for excellence in history programs, projects, and people when compared with similar activities nationwide;

The Albert B. Corey Award is named in honor of a founder and former president of AASLH, and recognizes primarily volunteer-operated historical organizations that best display the qualities of vigor, scholarship, and imagination in their work. This year’s winner is the Glencoe Historical Society in Glencoe, IL.

The HIP (History in Progress) Awardis given at the discretion of the awards committee to 5% or less of the total winners of the Award of Merit. It is for a project that is highly inspirational, exhibits exceptional scholarship, and/or is exceedingly entrepreneurial in terms of funding, partnerships, or collaborations, creative problem solving, or unusual project design and inclusiveness. The 2016 recipients are Windsor Historical Society, Minnesota Historical Society, and the Nashville Public Library.

The Michael Kammen Award, named in honor of the Pulitzer Prize-winning author and Cornell University’s Newton C. Farr Professor of American History and Culture Emeritus. It is presented to a history institution with an annual budget under $250,000 that has shown outstanding effort. The winner of this award will be announced at the Awards Banquet.

Presentation of the awards will be made at a special banquet during the 2016 AASLH Annual Meeting in Detroit, Michigan, on Friday, September 16. The banquet is supported by a generous contribution from the HISTORY™.

Name: The University of California, Santa Barbara, Public History Program, Division of Student Affairs, Division of Humanities and Fine Arts, and UCSB Library, Special Research Collections – May 23, 2014 Isla Vista Memorial Archive
Nomination: for the exhibit We Remember Them: Acts of Love and Compassion in Isla Vista, and the May 23, 2014 Isla Vista Memorial Archive

Name: Gunn Historical Museum
Nomination: for the exhibit Over There: Washington in the Great War

Name: Fairfield Museum and History Center
Nomination: for the exhibit The Pequot War and the Founding of Fairfield, 1637-1639

Name: Stephanie Lantiere
Nomination: for her leadership and dedication to improving the professional practices of the Avery Memorial Association

Name: Windsor Historical Society
Nomination: for the Strong-Howard House Reinterpretation Project
This nomination is also the recipient of a HIP (History in Progress) Award.

Name: Aleasa Jay Hogate
Nomination: for her dedicated and committed service to the collections, preservation, and interpretation of the 17th-century New Sweden Colony in the Delaware Valley

Name: Jane Nicoll
Nomination: for a lifetime of dedication to preserving and interpreting the history of Park Forest, IL

Name: State Historical Museum of Iowa
Nomination: for the exhibit First in the Nation: Shaping Presidential Politics Since 1972

Name: Jefferson Patterson Park and Museum
Nomination: for the project Artifacts of Outlander: Connecting the Public to History and Archaeology Using Popular Culture

Name: Archives and Special Collections, University of Minnesota Libraries
Nomination: for the exhibit People on the Move: 50 Years of Documenting and Researching Migration Experiences at the Immigration History Research Center & Archives

Name: Brenda J. Child
Nomination: for the publication My Grandfather’s Knocking Sticks: Ojibwe Family Life and Labor on the Reservation

Name: Anton Treuer
Nomination: for the publication Warrior Nation: A History of the Red Lake Ojibwe

Name: Minnesota Historical Society
Nomination: for the project Peb Yog Hmoob – We Are Hmong Minnesota
This nomination is also the recipient of a HIP (History in Progress) Award.

Name: The National Museum of Toys and Miniatures and West Office Exhibition Design
Nomination: for the exhibit Toys from the Attic: Stories of American Childhood

Name: Springfield-Greene County Library District, Missouri History Museum, Museum of Osteopathic Medicine, the National World War I Museum and Memorial, and the State Historical Society of Missouri
Nomination: for the project Over There: Missouri & the Great War

Name: Missouri History Museum
Nomination: for the exhibit A Walk in 1875 St. Louis

Name: Joy Poole
Nomination: for the publication Over the Santa Fe Trail to Mexico: The Travel Diaries and Autobiography of Dr. Rowland Willard

Name: Bruce W. Dearstyne
Nomination: for the publication The Spirit of New York: Defining Events in the Empire State’s History

Name: Greensboro Historical Museum
Nomination: for the exhibit Warnersville: Our Home, Our Neighborhood, Our Stories

Name: Pennsylvania Lumber Museum and the Pennsylvania Historical and Museum Commission
Nomination: for the exhibit Challenges and Choices in Pennsylvania’s Forests

Name: Senator John Heinz History Center
Nomination: for the exhibit We Can Do It! WWII

Name: Cliveden
Nomination: for the program Liberty to Go to See

Name: Nashville Public Library
Nomination: for the program Civil Rights and a Civil Society
This nomination is also the recipient of a HIP (History in Progress) Award.

Name: Texas Archive of the Moving Image
Nomination: for the project A Journey to the Moon through Texas

Name: Nelda C. and H.J. Lutcher Stark Foundation
Nomination: for the exhibit A Death in the Family

Name: Bullock Texas State History Museum
Nomination: for the exhibit Life and Death on the Border 1910-1920

Name: Museum of History & Industry, Jazmyn Scott, and Aaron Walker-Loud
Nomination: for the exhibit The Legacy of Seattle Hip-Hop

Joe Kleimanhttp://wwww.themedreality.com
Raised in San Diego on theme parks, zoos, and IMAX films, InPark's Senior Correspondent Joe Kleiman would expand his childhood loves into two decades as a projectionist and theater director within the giant screen industry. In addition to his work in commercial and museum operations, Joe has volunteered his time to animal husbandry at leading facilities in California and Texas and has played a leading management role for a number of performing arts companies. Joe previously served as News Editor and has remained a contributing author to InPark Magazine since 2011. HIs writing has also appeared in Sound & Communications, LF Examiner, Jim Hill Media, The Planetarian, Behind the Thrills, and MiceChat His blog, ThemedReality.com takes an unconventional look at the attractions industry. Follow on twitter @ThemesRenewed Joe lives in Sacramento, California with his wife, dog, and a ghost.
Share
Facebook
Twitter
Linkedin
Email
Print
WhatsApp
Pinterest
ReddIt
Tumblr
Previous articleUS Conference of Mayors calls on US State Dept to bring back US-hosted world’s fairs
Next articleWorld’s fairs planned and proposed, 2017 and beyond