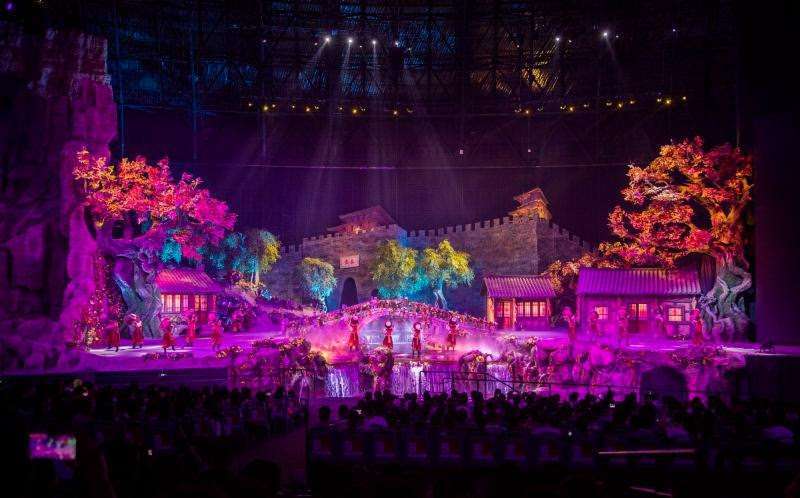 ACE [Advanced Communication Equipment (Int’l) Co. Ltd.] congratulates its client, Huaxia Cultural Tourism, which has been named to receive a TEA Thea Award from the Themed Entertainment Association honoring “The Legend of Camel Bells,” a project for which ACE was Audiovisual Designer. ACE is a professional audio, video and lighting service provider, and a major supplier and system integrator in China, Hong Kong and Macau.

TEA announced at a Nov. 13 press conference in Orlando that “The Legend of Camel Bells” will receive a TEA Thea Award for Outstanding Achievement. As the project owner, Huaxia Cultural Tourism will be formally honored with the TEA Thea Award during the 25th annual TEA Thea Awards Gala on April 13, 2019 at the Disneyland Resort in California.

“The TEA Thea Award is a huge international honor and we’re proud to have played a part in creating a truly grand project that will receive this high mark of excellence and achievement from our peers in the global attractions industry,” said Bingo Tso, senior vice president of ACE. (photo, above right) “We extend our warmest congratulations to Huaxia Cultural Tourism and appreciation to TEA.” 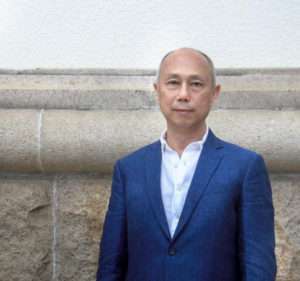 “We are deeply honored by this sign of international recognition from the Themed Entertainment Association and delighted to confirm our acceptance of the TEA Thea Award for Outstanding Achievement for ‘The Legend of Camel Bells,’” said Xia Zhenxiang, the president of Huaxia Cultural Tourism.

Xia Zhenxiang continued, “TEA is a distinguished leading organization of the attractions industry. We congratulate everyone who helped to make ‘The Legend of Camel Bells’ a grand success. We express heartfelt congratulations and thanks to our team. We offer congratulations to our fellow Thea Awards recipients and look forward to gathering with our industry colleagues next spring in Anaheim, at the TEA Thea Awards Gala and the TEA Summit. China is the fastest-growing sector of the global visitor attractions industry, and ‘The Legend of Camel Bells’ and our other Legends heritage productions have helped to distinguish our growing network of world-class resorts and tourism destinations in China.”

The TEA Thea Awards Committee is a who’s who of distinguished industry professionals and leaders who follow a rigorous, thorough and objective process of discussion and evaluation. The Committee that selected the current slate of recipients was chaired by Lisa Passamonte Green, of Visual Terrain. Once they have agreed upon a slate, the Committee submits the slate to the TEA International Board of Directors for approval. “The Legend of Camel Bells” was selected from among hundreds of nominations submitted for consideration this year.

“The Legend of Camel Bells” is the largest show in Northwest China, and third in a series of “Legend” spectacles dramatizing Chinese history and culture, staged around the country since 2010 by Shandong Huaxia Cultural Tourism Group, led by Xia Chunting. The venue is a purpose-built, 3,000-seat, revolving theater and part of the Huaxia Cultural Tourism resort in Xi’an in scenic Huaxia City, a 6-billion yuan enterprise already recognized with numerous leisure and tourism awards. The resort also includes an amusement park and major aquarium. The scale and scope are monumental and appropriate to the epic story.

An official statement from the TEA Thea Awards Committee describes some distinguishing aspects of the project and why it was found deserving of an award: “’The Legend of Camel Bells’ show represents the highest level of visual imagination and design in its execution. It wows the audience with stunning stage effects, massive props, extreme scenery, a huge cast, animal actors, a 15-meter-tall volcano and snow mountain, 18-meter-high Buddha and 20-meter-high by 40-meter-wide waterfall – all dramatically presented on the massive, oval-shaped stage. These elements are backed by a 4,000 square meter (43,000 sq. ft.) LED screen. The adventure is continuous as the audience platform rotates seamlessly from scene-to-scene.”

“We assembled the best talent from throughout China to produce ‘The Legend of Camel Bells,’” said Mr. Xia Chunting, Chief Director and Scriptwriter. He continued, “We would like to thank all of the key team members that made this production possible including Xia Zhenxiang (Producer), Jack Ahe (Executive Director & Choreography), Dong Gang ( Composer), Han Chunqi (Costume Design),Bingo Tso (Audiovisual Design), Li Guangcheng (Scenic Design), Meng Qin (Lighting Design), and the entire cast and crew.

ACE was established in Hong Kong in 1982 as an engineering company to provide services to the professional audio, video and lighting industry. Since its establishment over 35 years ago, ACE has gained a reputable position in the industry, collaborating with many industry leaders – such as Harman Professional, Shure, Dolby Laboratories, Christie Digital, Clay Paky and MA Lighting – to supply equipment and provide system integration services in China, Hong Kong and Macau.

Since its formation in Hong Kong, ACE has expanded its coverage to most major cities in China, with branches set up in Beijing, Shanghai, Guangzhou, Shenyang, Xi’an and Chengdu, each with its own technical support team and service department, as well as localized sales and marketing teams ready to serve the whole China market.

ACE’s customers come from a wide span of industries, ranging from TV stations and recording studios, to cinemas and convention centers. In addition to equipment distribution, ACE also provides professional services such as consultation, system design and integration, on-site support for live events as well as training and services. Having been part of many projects and events on both national and International levels, the ACE technical team has garnered valuable experiences and earned a reputation for professionalism and readiness to serve projects of any scale, scope and size.

Joe Kleimanhttp://wwww.themedreality.com
Raised in San Diego on theme parks, zoos, and IMAX films, InPark's Senior Correspondent Joe Kleiman would expand his childhood loves into two decades as a projectionist and theater director within the giant screen industry. In addition to his work in commercial and museum operations, Joe has volunteered his time to animal husbandry at leading facilities in California and Texas and has played a leading management role for a number of performing arts companies. Joe previously served as News Editor and has remained a contributing author to InPark Magazine since 2011. HIs writing has also appeared in Sound & Communications, LF Examiner, Jim Hill Media, The Planetarian, Behind the Thrills, and MiceChat His blog, ThemedReality.com takes an unconventional look at the attractions industry. Follow on twitter @ThemesRenewed Joe lives in Sacramento, California with his wife, dog, and a ghost.
Share
Facebook
Twitter
Linkedin
Email
Print
WhatsApp
Pinterest
ReddIt
Tumblr
Previous article25th annual TEA Thea Awards announced – Universal and Asia-Pacific region lead list
Next articleHarley Bostock and Karen Staley take on new roles at Triotech