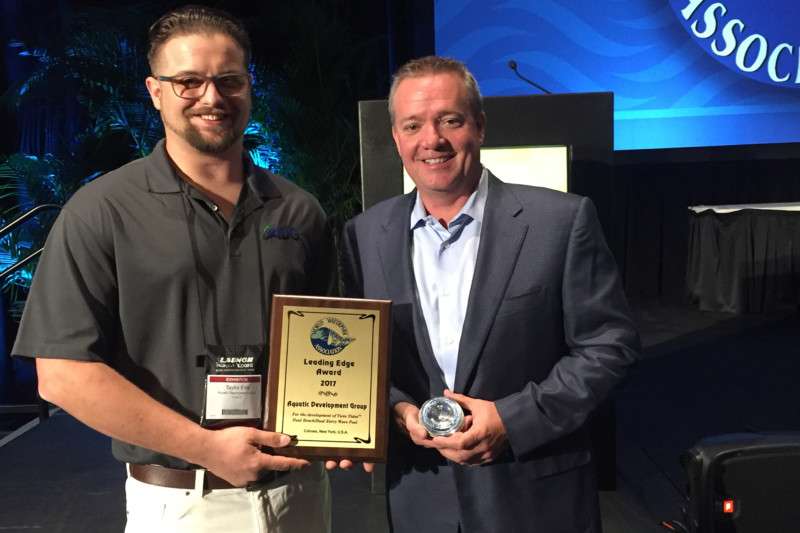 Aquatic Development Group (ADG) is proud to announce the WWA’s most recent inductee to the Hall of Fame, Ken Ellis. This prestigious honor is awarded to individuals who have had a substantial impact and contribution to our industry and Ken Ellis certainly fits that bill.

In high school Ken began working part-time for his dad, ADG founder Herb Ellis. In 1987 he began selling wave systems and waterpark design/build projects, many of which are still operating today. Then in 1997, Ellis progressed to President and CEO of Aquatic Development Group, a position in which he has now served for more than 20 years.

Ellis is also the owner of several waterparks and resort properties including Camelback Resort, H2OBX Waterpark, and Kartrite Hotel & Indoor Waterpark which is currently under construction.

Whether it’s through his work with ADG or his ownership of so many successful waterpark properties, Ellis has established himself as an accomplished strategist, developer and marketer in all things water related. His vision and expertise in the aquatic industry has contributed to the success of some of the most highly attended indoor and outdoor waterparks in the U.S. and the attractions and equipment that his company designs and manufactures can be found in over 4,000 facilities across the globe.

“I am honored to have been inducted into the World Waterpark Hall of Fame, standing amongst many other influential patrons in the waterpark industry, “ said Ellis.

Ellis is especially proud that he and his father will share a place in the WWA Hall of Fame. Herb Ellis was one of the original inductees when the World Waterpark Association was founded. 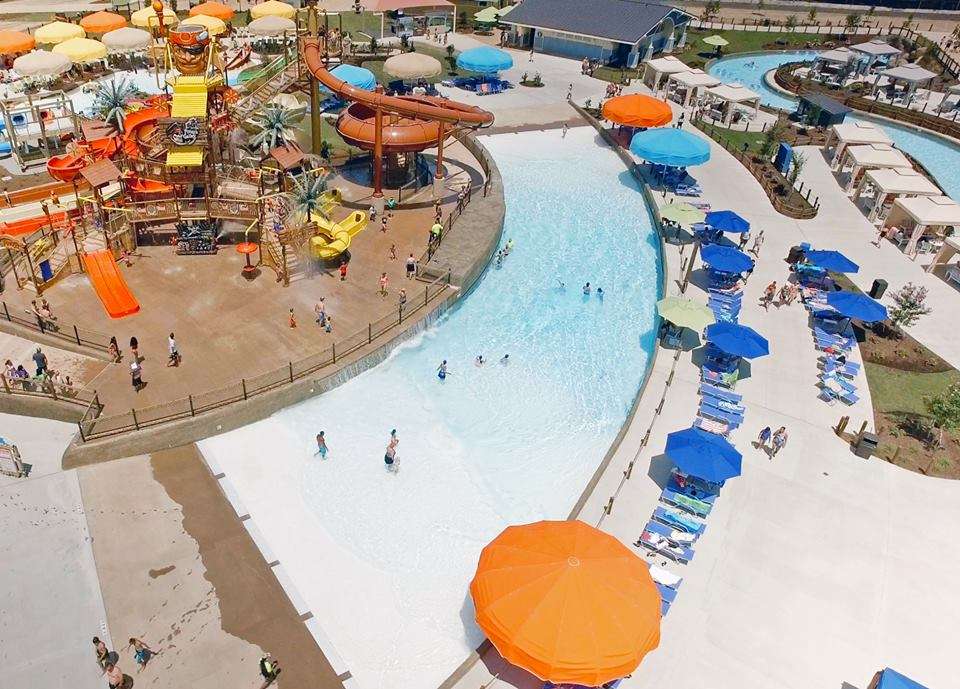 Also during the WWA Show, ADG became the receipt of the World Waterpark Association’s (WWA) Leading Edge Award for the third year in a row. This year, ADG has received the award for their innovative take on the traditional wave pool, Twin Tides™.  The award was presented during the event’s General Opening Session in West Palm Beach, Florida.

Twin Tides™ is a dual entry wave pool that employs a unique wave system configuration which allows for continuous wave action across the pool, eliminating dead space and doubling capacity. It is the first-of-its-kind in the market.

ADG’s first Twin Tides™ opened in 2016 at Splash Cove in Shawnee, KS.  The second reiteration was designed as a crescent shaped version and premiered this past spring at the new H2OBX Waterpark in Powell’s Point, NC.

“Incorporating the Twin Tides water ride into our mix of attractions at H2OBX was a differentiating factor that set us apart from other waterparks in North America,” said Brian Czarnecki , VP Marketing H2OBX. “It drew in the crowds and kept guests of all ages splashing in the water all day long. With the ability to double the waves and capacity levels, we were able to accommodate the multitude of guests that sought out this ride.”

The Twin Tides™ Ride is powered by ADG’s Wavetek™ wave generation system and produces up to four different kinds of recreational waves patterns, from gentle rollers to high-action diamond waves.  With a footprint of only 7,000 sqft, this dual-entry wave pool creates double the ride capacity of a standard waterpark wave pool, while at the same time allows for maximization of the surrounding space for additional capacity at both ends.

“We designed the Twin Tides™ Ride to respond to the need for parks to continue to differentiate with new and innovative attractions that create excitement and cater to the overall park experience,” said Jim Dunn, ADG Executive VP.  “Instead of adding yet another slide, our Water Rides give parks the opportunity to create an entirely new destination experience that expands capacity and optimizes throughout

For more information on ADG’s complete line of Water Rides,  visit their display booth at IAAPA (#2646).

Joe Kleimanhttp://wwww.themedreality.com
Raised in San Diego on theme parks, zoos, and IMAX films, InPark's Senior Correspondent Joe Kleiman would expand his childhood loves into two decades as a projectionist and theater director within the giant screen industry. In addition to his work in commercial and museum operations, Joe has volunteered his time to animal husbandry at leading facilities in California and Texas and has played a leading management role for a number of performing arts companies. Joe previously served as News Editor and has remained a contributing author to InPark Magazine since 2011. HIs writing has also appeared in Sound & Communications, LF Examiner, Jim Hill Media, The Planetarian, Behind the Thrills, and MiceChat His blog, ThemedReality.com takes an unconventional look at the attractions industry. Follow on twitter @ThemesRenewed Joe lives in Sacramento, California with his wife, dog, and a ghost.
Share
Facebook
Twitter
Linkedin
Email
Print
WhatsApp
Pinterest
ReddIt
Tumblr
Previous article
WhiteWater Honored with Leading Edge Awards and Hall of Fame Induction at WWA Show
Next article
Polin Receives WWA Leading Edge Award fro Legends of Aqua Waterpark