Adventure World Unveils a Down Under Journey into The Abyss 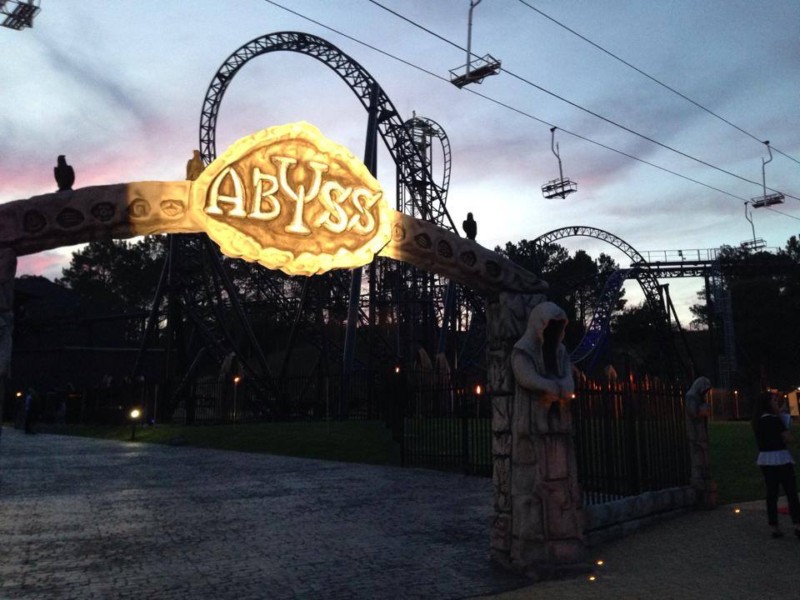 Abyss plunges the brave souls who travel on it into a black hole to experience adrenaline pumping exhilaration. The theme of ancient druid Guardians of the all-powerful Abyss has inspired the coaster’s theme.

This “unnerving and eerie” theme encompasses the entire roller coaster area at Adventure World. The landscape features 30 nine foot
tall Guardians scattered throughout the mysterious terrain. Massive upturned trees with exposed roots create a spooky underworld
atmosphere. An intimidating themed arch looms overhead the entrance and creates the feeling of impending doom. With ancient stone statues and foreboding themed soundtrack, the mood is ominous as thrill seekers wait to experience the power of the Abyss.

CEO of Adventure World, Mark Shaw said,“We think the name reflects what is going to be a white-knuckle ride filled with trepidation of the unknown, the likes of which visitors to any theme park in Australia won’t have experienced.” 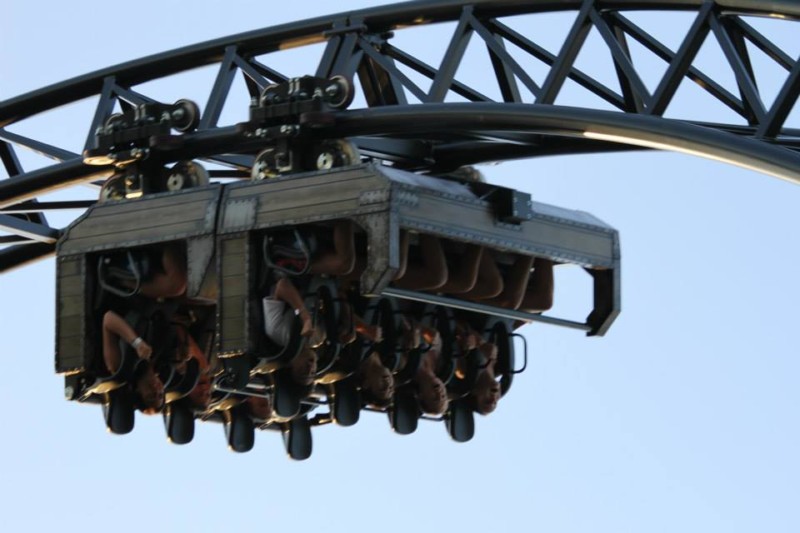 Boasting the latest and most advanced ride technology in Australia, Abyss will reach -1 to 4.5 G-Forces – a thrust greater than that experienced during a space shuttle launch.

Already billed as Australia’s most thrilling rollercoaster, Abyss is the single largest investment at Adventure World since it launched in 1982 and features a unique 10 storey high vertical lift, a more than vertical 100 feet drop, giant G-Force turns and head spinning twists.
The Gerstlauer custom built coaster also includes four inversions through daylight and a secret dark ride section as well as a zero-g-roll, rollover loop, cobra roll and inline loop. Offering a hair raising journey over 630 metres, riders will experience turns, drops and disorienting twist while they travel in the open air and in the dark. Adventure World opens its doors for the 2013/2014 season on 26 September 2013.

Joe Kleimanhttp://wwww.themedreality.com
Raised in San Diego on theme parks, zoos, and IMAX films, InPark's Senior Correspondent Joe Kleiman would expand his childhood loves into two decades as a projectionist and theater director within the giant screen industry. In addition to his work in commercial and museum operations, Joe has volunteered his time to animal husbandry at leading facilities in California and Texas and has played a leading management role for a number of performing arts companies. Joe previously served as News Editor and has remained a contributing author to InPark Magazine since 2011. HIs writing has also appeared in Sound & Communications, LF Examiner, Jim Hill Media, The Planetarian, Behind the Thrills, and MiceChat His blog, ThemedReality.com takes an unconventional look at the attractions industry. Follow on twitter @ThemesRenewed Joe lives in Sacramento, California with his wife, dog, and a ghost.
Share
Facebook
Twitter
Linkedin
Email
Print
WhatsApp
Pinterest
ReddIt
Tumblr
Previous article
Welcome Back accesso, the New Name for Lo-Q
Next article
Tony Baxter Taking His Magic Upstairs with Main Street Window