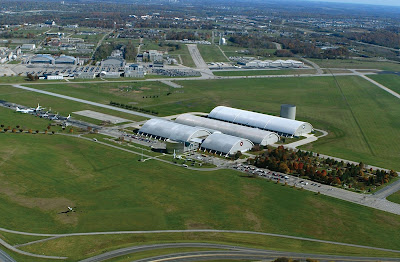 Since 1991, the Air Force Museum Theatre has provided the highest quality giant-screen film experience to visitors, from the first titles The Dream is Alive and To Fly!, to the ever popular Fighter Pilot: Operation Red Flag. This year, advances in digital projection have made it possible for the museum to upgrade to 3D projection while maintaining the theater’s reputation for high quality as well as providing the Foundation with a significantly improved economic model, along with greater programming flexibility. With better programming options—from educational presentations and live broadcasts, in addition to expanded documentary choices—the theater will be able to better align itself with the museum’s mission as well as public demand. At the same time, substantial savings in operational costs will provide enhanced support of museum programs and ongoing expansion.

“Since the theater opened in 1991, I have been a fan of the quality large-format film brings to the screen,” said Mary Bruggeman, Chief of Theatre Operations for the AFMF. “However, at a recent gathering of giant-screen professionals at a digital symposium, I viewed a 15/70 film exhibited side-by-side with its digital counterpart and was excited to find that the quality of digital projection matched, if not exceeded, that of film. In a post-screening poll, an overwhelming majority of those in attendance agreed.”

Over a period of more than half a year, the AFMF undertook a thorough review of the digital landscape.

“When combined with the vastly improved economics and expanded programming possibilities afforded to our theaterby a switch to digital, we knew that a digital system from D3D Cinema was the right choice for moving the museum forward,” Bruggeman said.

“We are truly honored to be working with the Air Force Museum Foundation, one of the nation’s great institutional venues,” said Don Kempf, president and founder of D3D Cinema. “Flight-themed films occupy a special place in the history of the giant screen medium, and we believe that this theater conversion represents a significant milestone in the accelerating conversion of our industry from film to digital.”

The Air Force Museum Theatre will host a final film festival in December, concluding with the last screening of large-format films on Dec. 31, 2012. The theater will then be closed for approximately eight weeks to allow time for the installation of the new digital cinema system, along with new stage, new seating and new carpeting.

About the Air Force Museum Foundation:
The Air Force Museum Foundation, Inc., was established in 1960 as a philanthropic, non-profit organization to assist the museum when federal funds are not available. Since its inception, the Foundation has contributed more than $52 million for museum construction, expansion and facility upgrades. The Foundation operates the Museum Store, IMAX Theatre, cafeteria and simulators. It receives its funds primarily through the operation of these activities as well as through Foundation membership, donations and bequests.

Joe Kleimanhttp://wwww.themedreality.com
Raised in San Diego on theme parks, zoos, and IMAX films, InPark's Senior Correspondent Joe Kleiman would expand his childhood loves into two decades as a projectionist and theater director within the giant screen industry. In addition to his work in commercial and museum operations, Joe has volunteered his time to animal husbandry at leading facilities in California and Texas and has played a leading management role for a number of performing arts companies. Joe previously served as News Editor and has remained a contributing author to InPark Magazine since 2011. HIs writing has also appeared in Sound & Communications, LF Examiner, Jim Hill Media, The Planetarian, Behind the Thrills, and MiceChat His blog, ThemedReality.com takes an unconventional look at the attractions industry. Follow on twitter @ThemesRenewed Joe lives in Sacramento, California with his wife, dog, and a ghost.
Share
Facebook
Twitter
Linkedin
Email
Print
WhatsApp
Pinterest
ReddIt
Tumblr
Previous articleUSS Hornet Aircraft Carrier Museum to Host Viewing of Army-Navy Game on Giant Screen in Hanger Bay
Next articleD23 Announces 2013 Disney Fan Events