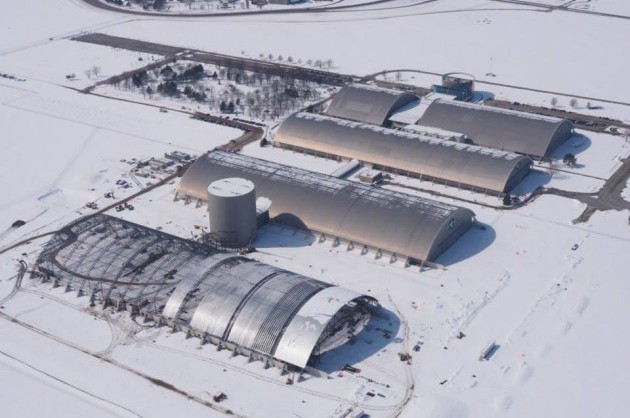 Dayton, OH, USA (March 9, 2015) — In preparation for the move to the National Museum of the U.S. Air Force‘s new fourth building, the Presidential and Research & Development Galleries, currently located on the controlled-access portion of Wright-Patterson Air Force Base, will close beginning Oct. 1. The aircraft and exhibits in those galleries will re-open as part of the fourth building on the main museum campus in spring 2016.

The closure will allow the museum’s restoration staff to prepare for the move by completing a number of requirements in the current galleries, such as removing planes suspended from the ceiling, changing and inflating tires, and cleaning and polishing the aircraft so they will be ready to begin relocating to the 224,000 square foot fourth building later this year.

Moving the Presidential and R&D Galleries to the fourth building will allow all visitors the opportunity to view two of the museum’s most popular exhibits including the VC-137C Air Force One (SAM 26000), which was used by eight presidents — Kennedy, Johnson, Nixon, Ford, Carter, Reagan, George H.W. Bush and Clinton, and the world’s only remaining XB-70 Valkyrie. 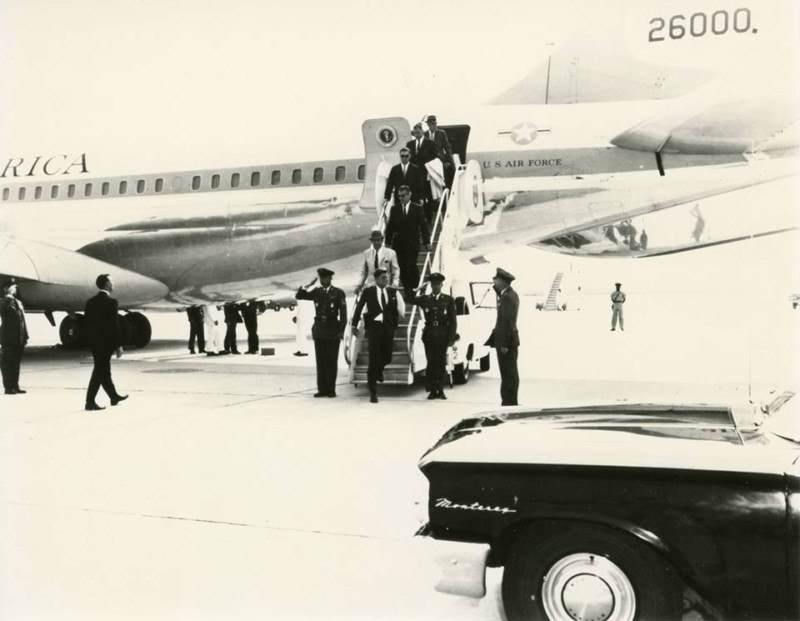 Although the closure will cause a temporary inconvenience for visitors, the long-term benefits will be worth the wait, said Museum Director Lt. Gen. (Ret.) Jack Hudson.

“The temporary closure of the Presidential and R&D Galleries will go by quickly as we look forward to the days of providing all visitors with access to the Presidential and R&D exhibits,” Hudson said. “The Air Force’s decades-long mission of being the executive agent for presidential fixed-wing airlift, and the research and development of aerospace vehicles that leads to advances in technological problem solving, are two important chapters of the Air Force story that we look forward to sharing with all visitors in the fourth building and with our online visitors as well.”

The $35.4 million fourth building, which will also house the new Space and Global Reach Galleries, is being privately financed by the Air Force Museum Foundation, a non-profit organization chartered to assist in the development and expansion of the museum’s facilities.

With construction well under way, the foundation continues to fundraise toward their campaign goal of $46 million, which would provide for further options and requirements such as the west tow path, west tow path extension, theatrical lighting, Titan 4B stand, science, technology, engineering and mathematics (STEM) Learning Nodes and wireless capability in the building.

Those wishing to visit the Presidential and R&D Galleries through Sept. 30 can do so by using the shuttle bus service from the main museum complex. This service is offered on a first-come, first-served basis, and reservations are not accepted in advance. Participants meet at 9:30 a.m., 11:15 a.m., 1:30 p.m. and 3:15 p.m. for a briefing and ride to the galleries.

A current government-issued photo ID (i.e. state ID or driver’s license) is required for citizens of the U.S. and U.S. territories over age 18. All foreign visitors must present an original passport (NEXUS cards and foreign enhanced driver’s licenses are not authorized at this time). Those under age 18 must be escorted by an adult (one adult per two children); children are not required to produce identification when accompanying their parents.

Military and Department of Defense civilians with a government ID may use their private vehicle to visit the Presidential and R&D Galleries from 9:30 a.m. until 5 p.m. daily.

Joe Kleimanhttp://wwww.themedreality.com
Raised in San Diego on theme parks, zoos, and IMAX films, Joe Kleiman would expand his childhood loves into two decades as a projectionist and theater director within the giant screen industry. In addition to his work in commercial and museum operations, Joe has volunteered his time to animal husbandry at leading facilities in California and Texas and has played a leading management role for a number of performing arts companies. Joe has been News Editor and contributing author to InPark Magazine since 2011. HIs writing has also appeared in Sound & Communications, LF Examiner, Jim Hill Media, and MiceChat. His blog, ThemedReality.com takes an unconventional look at the attractions industry. Follow on twitter @ThemesRenewed Joe lives in Sacramento, California with his fiancé, two dogs, and a ghost.
Share
Facebook
Twitter
Linkedin
Email
Print
WhatsApp
Pinterest
ReddIt
Tumblr
Previous articleAAM Launches Congressional Campaign to Secure Federal Museum Funding
Next articleBenjamin Cisterne Chooses Gantom to Illuminate First World War Galleries at Australian War Memorial