The Alamo Comes to Life in Augmented Reality 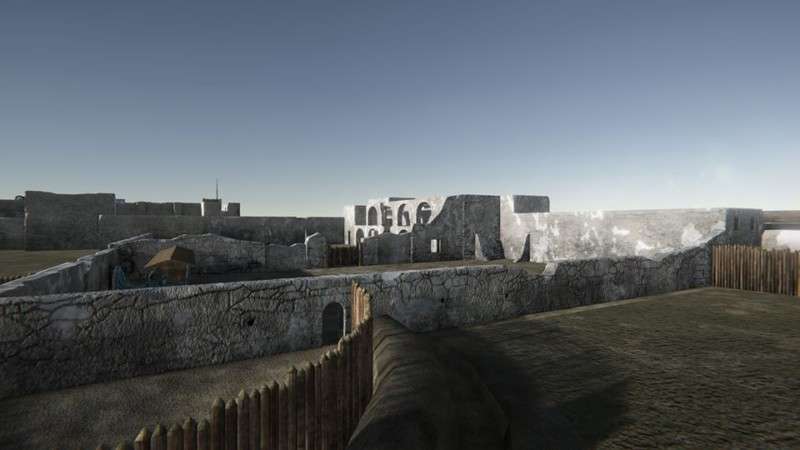 The Alamo is being recreated through a union of historical scholarship and augmented and virtual reality (AR/VR). Alamo Reality’s Experience Real History™:  Alamo Edition, is set to debut March 1, 2018 during San Antonio’s 300th birthday celebration and the 182nd anniversary of the Battle of the Alamo. Currently, the Alamo is the most-visited site in Texas. This interactive photoreal journey back in time will greatly enhance the overall visitor experience, and is expected to increase the time and quality of visitation.

The Alamo Reality app will be free and available to download on both iOS and Android devices. Premium level content including more augmented reality scenes, videos, and stories, may be accessed for only $2.99. The app enables users to explore over a dozen geo-targeted locations on the Alamo grounds where AR technologies will overlay the historic footprint of the Alamo onto the present-day site and incorporate the powerful stories of the diverse people who made it famous. The historic battlefield, now located in the center of downtown San Antonio, will be transformed into what it looked like before, during and after the famous 1836 battle.

Users will be able to physically walk through time portal openings and experience the Alamo in a totally new way. For instance, users can use their mobile devices to enter the room where Bowie was killed and witness his last moments on the exact place where it happened. Other experiences include walking around the Alamo courtyard as it existed in 1836 and using an augmented reality elevator to rise above it and view the battle sequences.

“It’s like time travel,” said Michael McGar, Alamo Reality CEO.  “People will be able to hold up a phone or tablet and experience the Alamo from 1836 on the very spot where these pivotal events happened.”

Alamo Reality is partnering with Imagine Virtua, a Texas-based AR/VR design experience studio. To tell a story as important as the Alamo’s, they combined a team of over 25 industry-leading augmented and virtual reality visionaries, historical scholars, developers, and designers. The end result will allow participants to explore the legendary siege of the Alamo, inspect the mission grounds as they were in 1836 (walls, gates, barracks), and learn about the people who lived and died there in a personal and evocative way.

“No one else is combining augmented and virtual reality with historical accuracy to tell our nation’s stories in such a captivating way,” said Chipp Walters, Imagine Virtua CEO and expert in the augmented and virtual reality field. “This combination holds astonishing promise for education and entertainment as it brings history to life. This is particularly important for connecting with younger generations who desire a highly visual and engaging form of storytelling.”

“We have incorporated stories of Texan, Mexican and Native Indian perspectives with modern-day and newly discovered information and artifacts. These diverse viewpoints lend an important voice to the story of the Alamo and are now being featured with new prominence through the Experience Real History: Alamo Edition experience,” said McGar.

A number of innovative complementary products are also in development such as an interactive reality board and trading cards that will also use AR/VR technologies. These products will make the Alamo Reality experience available across the globe.

Additional information about Alamo Reality is available at AlamoReality.com.

Joe Kleimanhttp://wwww.themedreality.com
Raised in San Diego on theme parks, zoos, and IMAX films, InPark's Senior Correspondent Joe Kleiman would expand his childhood loves into two decades as a projectionist and theater director within the giant screen industry. In addition to his work in commercial and museum operations, Joe has volunteered his time to animal husbandry at leading facilities in California and Texas and has played a leading management role for a number of performing arts companies. Joe previously served as News Editor and has remained a contributing author to InPark Magazine since 2011. HIs writing has also appeared in Sound & Communications, LF Examiner, Jim Hill Media, The Planetarian, Behind the Thrills, and MiceChat His blog, ThemedReality.com takes an unconventional look at the attractions industry. Follow on twitter @ThemesRenewed Joe lives in Sacramento, California with his wife, dog, and a ghost.
Share
Facebook
Twitter
Linkedin
Email
Print
WhatsApp
Pinterest
ReddIt
Tumblr
Previous articleSeaWorld and OCEARCH Officially Launch Conservation Partnership
Next articleIAAPA Offers Full Schedule of Global Industry Events in 2018