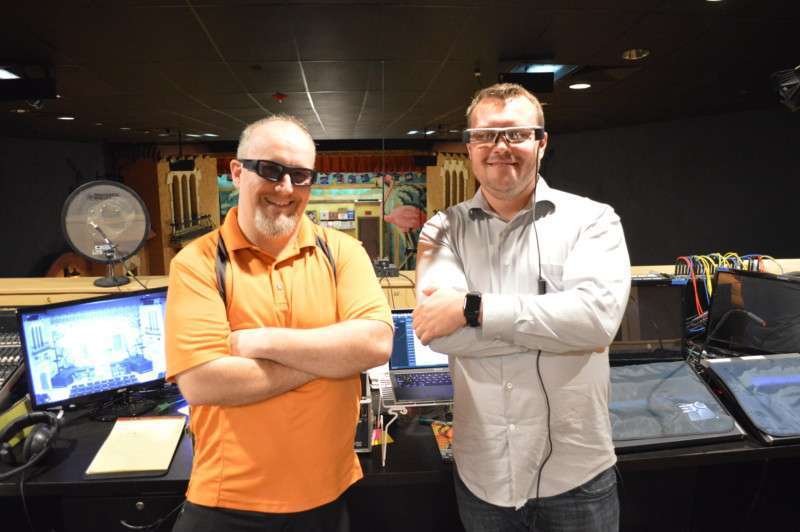 “Now, 30 years after Steve and Glenn met, the next-generation of leadership at both companies is building on that friendship to their own personal satisfaction and with very successful business results,” says Loren Barrows, Chief Operating Officer at Alcorn McBride.

“The TEA has been the genesis of all the good things in my life that have happened over the last five years – it led to my wife and baby, a new house and job.  The TEA has been life transformational for me,” he declares.

Fox, the 2018 winner of the TEA Peter Chernack Distinguished Service Award and a TEA Eastern board member, joined Birket in 2013.  He had previously worked in educational software for urban school districts.  Then he took Steve Alcorn’s online Imagineering class and took Alcorn’s advice to get involved with the TEA and IAAPA.  “I did everything Steve recommended and it led to every good thing in my life,” says Fox.

“In this industry there are companies which compete but are still frequent collaborators.  It’s an industry driven by camaraderie: One day we compete, the next we’re working side by side,” he notes.  “We can’t live without Alcorn McBride products.  And Scott is one of my dearest friends.  The fact that I get to work with him is a joy.”

“Alcorn McBride is a product manufacturer with an amazingly talented group of people on staff.  But you need a talented group of people outside the building too, people who are in the field using the stuff, providing feedback and steering you in the right direction.  People you can tap as resources, share ideas with and build products with,” explains Harkless.  “Joe has been essential to my daily life!”

Recently, Alcorn and Birket have teamed on what Harkless calls, “the biggest project we’ve ever collaborated on.”  Their solution for delivering Augmented Reality (AR) captions to guests with hearing loss or deafness who are attending parades or dark rides was borne out of an Alcorn customer’s challenge: develop an effective captioning system to replace those being discontinued by manufacturers and design something to serve guests who are moving about and not standing in a specific spot designated to receive captioning information.

“I sat down with Joe and asked what do you think we can do?” recalls Harkless.  “We use show control systems to provide captured data, so why can’t we use our show control systems to enable guests to take the experience with them on a ride vehicle?  Birket stepped up to the plate with really great ideas and brought some brilliant software engineers to the table.”

“We worked together to define the requirements then Birket built and demo’d the product,” says Fox.  “We have an Android-certified developer on staff so his skill set was critical.  We had a conversation with Disney about licensing its SyncLink technology.  And we reached out to some TEA members and folks at Universal and Disney about their needs and wants, about how the device would be integrated functionally.  We wanted to find a solution that wouldn’t throw off the operations team.  After all, this was going to be the first new thing in that space in quite some time.”

“inThrall can also work in multiple languages so non-English speakers can enjoy the full experience of a parade or ride,” notes Fox.  “And the best thing about the app is that it’s hardware-agnostic.  It can run on any Android device, so you can have an in-ride tablet or carry a tablet into a theater.”

“Birket made inThrall way better than I ever thought it could be,” says Harkless.  “Sometimes if you do something by yourself you don’t feel a real sense of accomplishment unless you have someone to share it with.  That’s what made creating inThrall with Birket such fun.”

Joe Kleimanhttp://wwww.themedreality.com
Raised in San Diego on theme parks, zoos, and IMAX films, InPark's Senior Correspondent Joe Kleiman would expand his childhood loves into two decades as a projectionist and theater director within the giant screen industry. In addition to his work in commercial and museum operations, Joe has volunteered his time to animal husbandry at leading facilities in California and Texas and has played a leading management role for a number of performing arts companies. Joe previously served as News Editor and has remained a contributing author to InPark Magazine since 2011. HIs writing has also appeared in Sound & Communications, LF Examiner, Jim Hill Media, The Planetarian, Behind the Thrills, and MiceChat His blog, ThemedReality.com takes an unconventional look at the attractions industry. Follow on twitter @ThemesRenewed Joe lives in Sacramento, California with his wife, dog, and a ghost.
Share
Facebook
Twitter
Linkedin
Email
Print
WhatsApp
Pinterest
ReddIt
Tumblr
Previous articleBIG & Digital to distribute Expedition Chesapeake to giant screen theaters
Next articleAudubon Aquarium receives resource management award