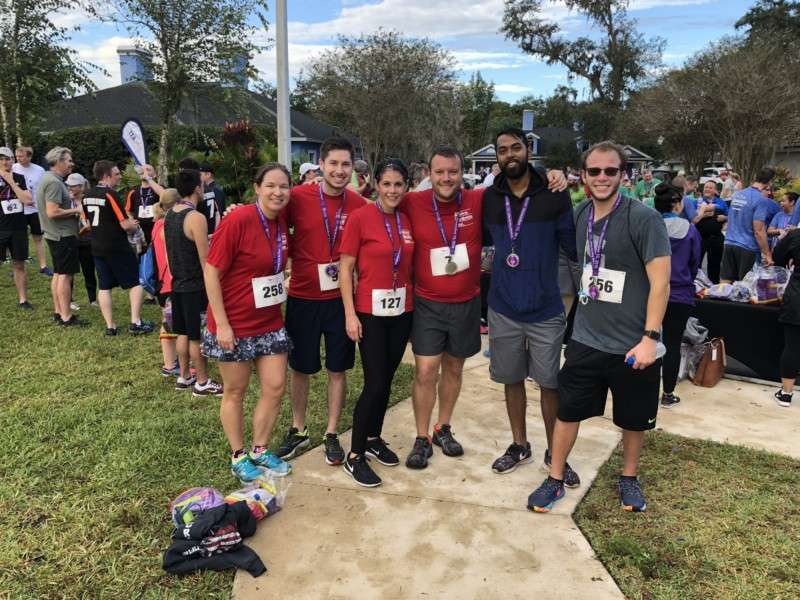 Alcorn McBride experienced one of its busiest shows ever at IAAPA 2018 where it debuted a new product, forged new partnerships and strengthened its ties to the Themed Entertainment Association (TEA).

IAAPA 2018 marked the 25th year of Alcorn McBride’s participation.  “IAAPA is a relationship show for us,” says Alcorn McBride COO Loren Barrows.  “It’s always an opportunity to show new products and features, but it’s also a show about people – spending time with people we don’t often get to see and taking part in a number of events with the TEA.”

In addition, Crafted Design showcased two Alcorn McBride products in a fun demonstration in Alcorn’s booth.  “They used our RidePlayer and RideAmp audio playback system and speakers to run content in a mock up of ride vehicle seats,” explains Chief Innovation Officer Scott Harkless.  “Visitors could sit in the seats and hear how good the audio system really sounds.”

Alcorn McBride was active in a number of TEA activities at IAAPA 2018, including the annual GKTW 5K run and walk (pictured at top).  The event is held in the Give Kids The World Village, where children with critical illnesses spend cost-free vacations.  “It’s one of our traditions to run or walk the 5K,” says Barrows.  “Up to a dozen of our employees participate in the morning then we enjoy a team-building breakfast afterward.”

“The industry is growing so fast that there’s a huge labor vacuum for AV and show control engineers,” notes Harkless.  “Through NextGen we reach out to groups and clubs formed around theme park engineering and introduce them to some aspects of the industry they might not have thought of.  We connected with the University of Central Florida and the University of Florida/Gainesville to raise student awareness and get them excited about careers in this industry.”

Outside IAAPA Alcorn McBride also participated in the NextGen GibGab mixer in which dozens of NextGen members do speed interviews with themed entertainment companies to explore internship opportunities.

Joe Kleimanhttp://wwww.themedreality.com
Raised in San Diego on theme parks, zoos, and IMAX films, Joe Kleiman would expand his childhood loves into two decades as a projectionist and theater director within the giant screen industry. In addition to his work in commercial and museum operations, Joe has volunteered his time to animal husbandry at leading facilities in California and Texas and has played a leading management role for a number of performing arts companies. Joe has been News Editor and contributing author to InPark Magazine since 2011. HIs writing has also appeared in Sound & Communications, LF Examiner, Jim Hill Media, and MiceChat. His blog, ThemedReality.com takes an unconventional look at the attractions industry. Follow on twitter @ThemesRenewed Joe lives in Sacramento, California with his fiancé, two dogs, and a ghost.
Share
Facebook
Twitter
Linkedin
Email
Print
WhatsApp
Pinterest
ReddIt
Tumblr
Previous articleCAVU Designwerks Flying Theatre opens in Changsha, China
Next articleCreative Technology Middle East provides projection mapping for reopening of Abu Dhabi’s Qasr Al Hosn