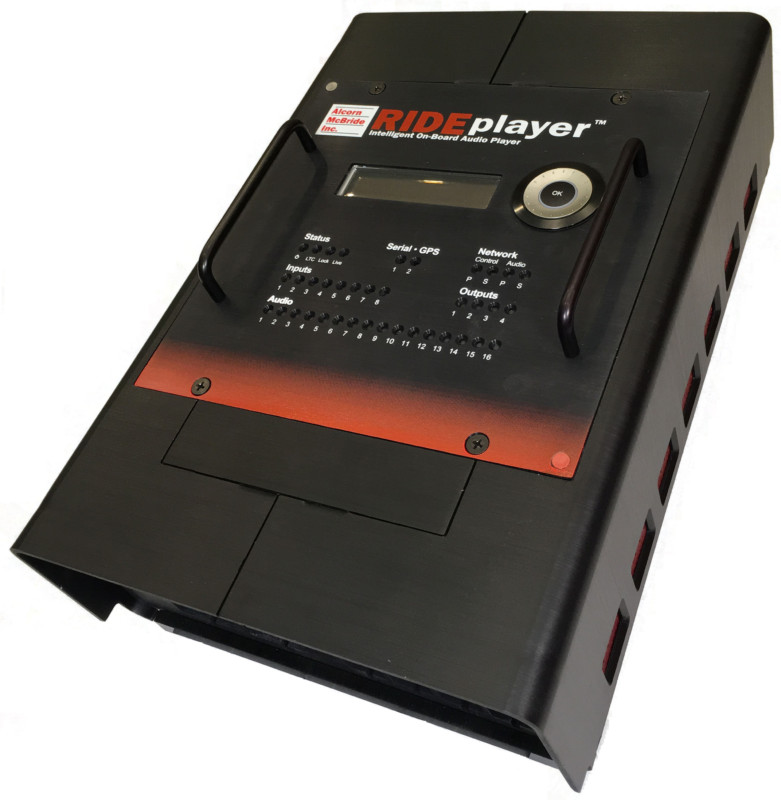 Integrated Systems Europe (ISE) is the largest AV systems integration show in the world.  The annual four-day event, held at Amsterdam RAI, is expected to draw more than 65,000 visitors and 1,100 exhibitors.  The convention, which has been growing year after year, now features over 3,000 square-meters of exhibition space devoted to manufacturers, distributors, integrators, service providers and end users.

The centerpiece of the Alcorn McBride booth will be RidePlayer, which was first shown at the IAAPA Attractions Expo in Orlando last November.  RidePlayer leverages the company’s 30 years of themed entertainment expertise to offer a complete solution to many of the unique challenges faced by vehicle-based audio and show control.  It is ideally suited for dark rides, parade floats, tour vehicles and modern coaster applications.  Its solid-state, rugged design will ensure years of 24/7 maintenance-free operation, which is essential to zero downtime for attractions.

By integrating the power of Alcorn McBride V-Series control into the same hardware platform, RidePlayer is able to interface with just about any device, including PLCs, animation controllers, sensors, lighting systems, video servers and Alcorn McBride ShowTouch panels.

RidePlayer sources up to 16 outputs of 24-bit 96kHz polyphonic uncompressed audio for high-quality audio playback.  It can route, mix and crossfade between tracks.

The product includes 16 line outputs, 16 25W amplifier outputs (bridgeable to 50W), DSP and a microphone input.  The built-in amp outputs drive high-range and mid-range speakers as well as transducers, such as ButtKickers.  The line outputs can be used to feed high-powered external amps to drive larger speakers like subwoofers.

RidePlayer is also outfitted with a 16×16 AES67/Dante network audio interface.  It can be used as an input to provide an external playback source, such as a Pro Tools rig, direct access to the amplified outputs of the product for mixing/tuning purposes.  It can also be used as an output for applications that implement an external DSP system.