“We have been using Alcorn McBride equipment since 2006,” says Jesse Heinzen, Multimedia Director at the Minnesota Historical Society.

Located on the Mississippi Riverfront, Mill City Museum was built in the ruins of the Wasburn A. Mill.  The Minneapolis Mill was once the world’s largest flour mill and operated non-stop for 85 years until its closure. A fire in 1991 gutted the property, but Mill City Museum rose in its shell.  Today, visitors to the museum learn about the intertwined histories of the flour industry, the river and the city. 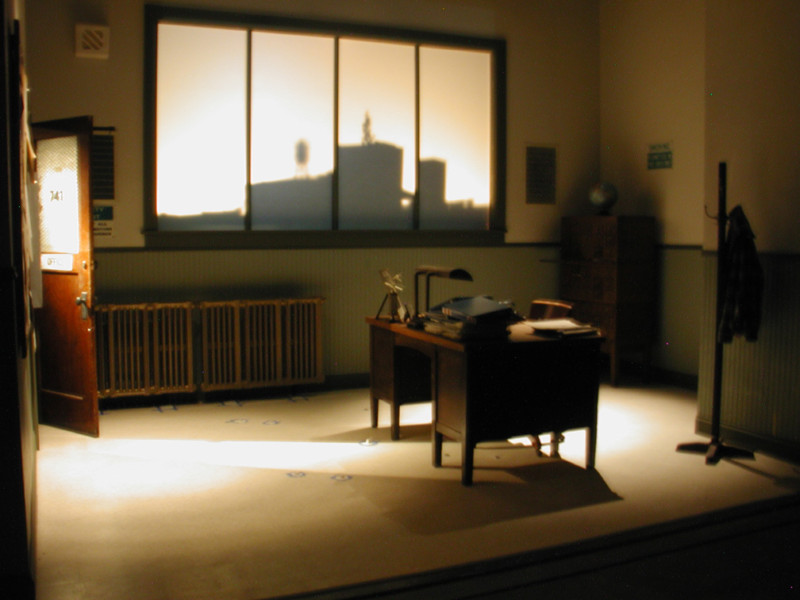 A featured experience is the Flour Tower interpretive ride, which takes visitors on an eight-story freight elevator ride through the recreated flour mill. Visitors sit on raked bench seats in the huge elevator car that makes five stops.  Along the way, they see an office, a packaging assembly line and several working milling machines.  Historic still photos and film clips are projected in the sets and are accompanied by the oral histories of the millers who worked there.

In operation since 2003, the aging show control system in the Flour Tower ride was recently replaced with Alcorn McBride’s V16 PRO with AMI/O to easily connect large amounts of field I/O with a single Ethernet cable, interfacing with the elevator control and the many machine motors on the show sets.  A ShowTouch touch panel interface was retrofitted in the elevator cab for the use of museum interpreters.  A new Alcorn McBride LightCue DMX recorder/player was also installed to replace the previous lighting system. 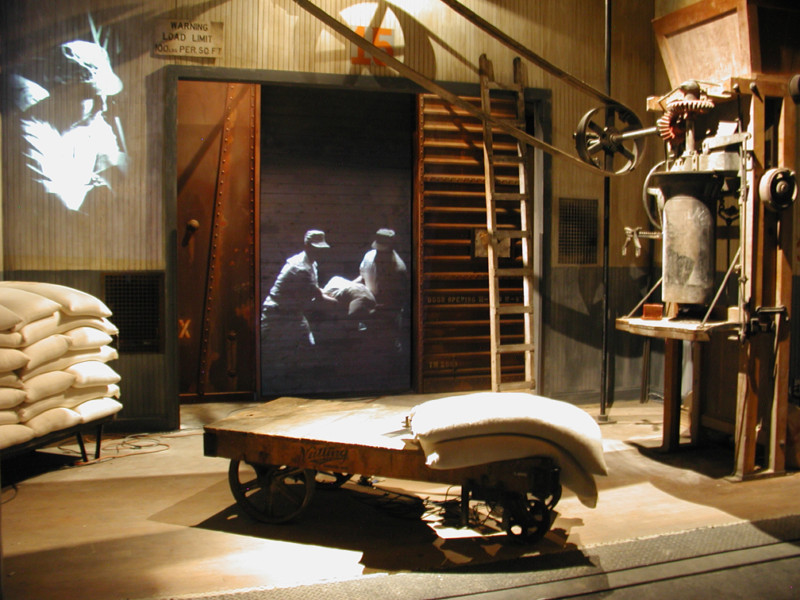 “Since we programmed the systems in early December they’ve been running just fine,” Heinzen reports.  “Any questions that arose during programming were quickly responded to by Alcorn McBride staff; they were very helpful.”

The Minnesota History Center, an interactive museum with both permanent and changing exhibits, features an array of long-running Alcorn McBride gear.  “Our first Alcorn McBride installation was a V4 show control system in 2006,” says Heinzen.  “It’s the brains of the exhibit ‘Open House: If These Walls Could Talk.’  The exhibit tells the 150-year history of a real house in St. Paul with each room portraying a different era and a different family.  Our original V4 is still running along with a DMX Machine and an 8TraXX audio player.”

“This Must Be Hell,” a signature experience in the ‘Minnesota’s Greatest Generation’ exhibit, ushers visitors inside the fuselage of a C-47 SkyTrain military transport plane where they hear the emotional oral histories of paratroopers who participated in the D-Day invasion.  Projections on the inside of the fuselage shows posters, still photos and archival footage of paratroopers, and blended projections outside the windows enhance the story with visual effects.

“We’ve used an Alcorn McBride A/V Binloop in that exhibit since 2009,” says Heinzen.  “We chose the system because we needed frame-accurate synch among four channels of video and 16 channels of audio.”

The History Center’s “Then Now Wow” exhibit documents the many “Wow!” moments that have shaped the state.  Visitors get an opportunity to ride a Twin Cities streetcar; descend into an Iron Range mine and drill the ore; explore a pioneer family’s sod house; learn about the fur trade from the beaver’s perspective and more.

Alcorn McBride’s V4Pro is the show controller for many of the components of “Then Now Wow.”  A 16-channel Alcorn McBride ProTraXX delivers audio to the mine and streetcar; a DMX Machine cues lighting effects in the mine and other exhibits.

Young visitors, grades 4-6, on field trips can sign up for the museum’s innovative “Play the Past” mobile program.  They receive Apple iPods to play interactive games and collect digital items while exploring the “Then Now Wow” exhibit.  Back in the classroom they examine what they did and extend the museum experience for deeper investigation and follow up.  “Play the Past” currently interacts with the sod house, fur trade, iron mine and a Dakota tipi sections of the exhibit.

“The V4 PRO connects the interactive elements in the exhibits with the mobile app, creating real-time feedback on students’ devices’” explains Heinzen. “As we expand ‘Play the Past’ it’s possible we will expand the V4Pro’s capabilities or implement additional equipment from Alcorn McBride.”

Joe Kleimanhttp://wwww.themedreality.com
Raised in San Diego on theme parks, zoos, and IMAX films, Joe Kleiman would expand his childhood loves into two decades as a projectionist and theater director within the giant screen industry. In addition to his work in commercial and museum operations, Joe has volunteered his time to animal husbandry at leading facilities in California and Texas and has played a leading management role for a number of performing arts companies. Joe has been News Editor and contributing author to InPark Magazine since 2011. HIs writing has also appeared in Sound & Communications, LF Examiner, Jim Hill Media, and MiceChat. His blog, ThemedReality.com takes an unconventional look at the attractions industry. Follow on twitter @ThemesRenewed Joe lives in Sacramento, California with his fiancé, two dogs, and a ghost.
Share
Facebook
Twitter
Linkedin
Email
Print
WhatsApp
Pinterest
ReddIt
Tumblr
Previous articleGateway Galaxy to Handle All Ticketing at Drayton Manor
Next articleTokyo Disney Celebration Hotel to Open Second Themed Building in September