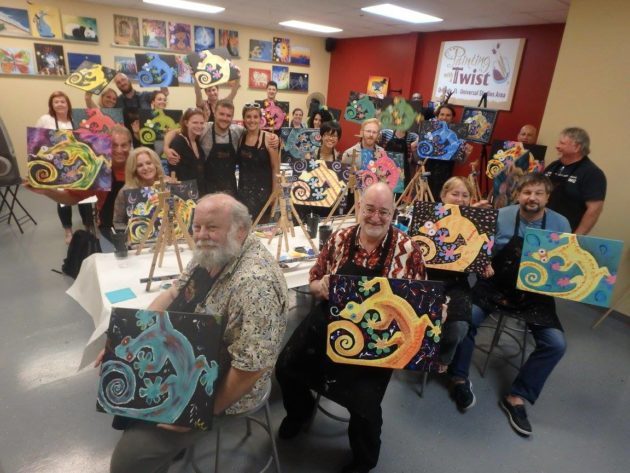 Orlando, FL, USA – The Orlando Business Journal has released its list of the Best Places to Work in 2016 and Alcorn McBride scored among the area’s top employers.  The accolade comes as Alcorn McBride, the leading manufacturer of audio, video and show control equipment for the theme park industry, marks its 30th anniversary.   The company is well known for its employee-centric work environment in the themed entertainment industry.

“We’ve accomplished a lot over the past 30 years, but the one constant has been Steve Alcorn’s unwavering commitment to our company culture,” says Loren Barrows, Director of Business Development.  “Steve puts his team members first and encourages a fun family working environment that has a huge impact on our success.”

The Orlando Business Journal’s annual list of Best Places to Work honors companies that “go beyond the norm to foster an enjoyable and meaningful work environment for their employees,” says the publication.  Companies in six counties, which have more than ten eligible employees, could be nominated for the list.  Nominees were sent surveys for employees to fill out evaluating categories such as team effectiveness, retention, trust, people practices and feeling valued.

All of Alcorn McBride’s employees completed the surveys.  The top word they used to describe their work environment: fun.  In the “knowing what matters” category, employees said “the senior leaders of the organization value people as their most important resource.”

The surveys encouraged employee comments in the open-ended “we hear you” category.  All of Alcorn McBride’s employees responded.  Here are a couple of anonymous examples:

“Every month we do at least one major fun thing as a team – indoor skydiving, Whirlyball, the Great Escape, food and wine pairings, off-site lunches and dinners.” And, “I can’t imagine a cooler place to work.  The company treats its employees like family, and we work in one of the coolest industries on the planet…It’s definitely a rare and special place that I’m proud to be a part of.”

Alcorn McBride’s corporate culture also encourages giving back to the community.  “Our community involvement is employee-driven and company-endorsed,” says Barrows.  “We support our employees’ willingness to donate their time to causes important to them.”

The company supports its employees in a wide range of charitable activities.  “A charity particularly important to a lot of us,” she notes, “is Give Kids the World Village.”  Alcorn McBride employees volunteer time to the organization that provides cost-free vacations and theme park access to children with life-threatening illnesses and their families.  The company also donates Audio/Video and show control gear to the facility.

Also high on the good-cause list is preparing future generations for success.  Hour of Code, a global movement encouraging computer science; SWE (Society of Women Engineers) and the TEA NextGen Initiative (The Themed Entertainment Association) are designed to help students and recent graduates find their way into the themed entertainment industry.  Several team members volunteer on committees and help organize events to ensure the next generation of talent gets off to a good start.

“Giving back to the community is something our employees and their spouses do all the time.  We as a company support them in any way we can,” notes Barrows.  “It’s part of our culture.”

Joe Kleimanhttp://wwww.themedreality.com
Raised in San Diego on theme parks, zoos, and IMAX films, InPark's Senior Correspondent Joe Kleiman would expand his childhood loves into two decades as a projectionist and theater director within the giant screen industry. In addition to his work in commercial and museum operations, Joe has volunteered his time to animal husbandry at leading facilities in California and Texas and has played a leading management role for a number of performing arts companies. Joe previously served as News Editor and has remained a contributing author to InPark Magazine since 2011. HIs writing has also appeared in Sound & Communications, LF Examiner, Jim Hill Media, The Planetarian, Behind the Thrills, and MiceChat His blog, ThemedReality.com takes an unconventional look at the attractions industry. Follow on twitter @ThemesRenewed Joe lives in Sacramento, California with his wife, dog, and a ghost.
Share
Facebook
Twitter
Linkedin
Email
Print
WhatsApp
Pinterest
ReddIt
Tumblr
Previous articleBusch Gardens Tampa Bay Opens Rising Tide Conservation Exhibit
Next articlePolin Providing Attractions to Russia’s Largest Indoor Waterpark