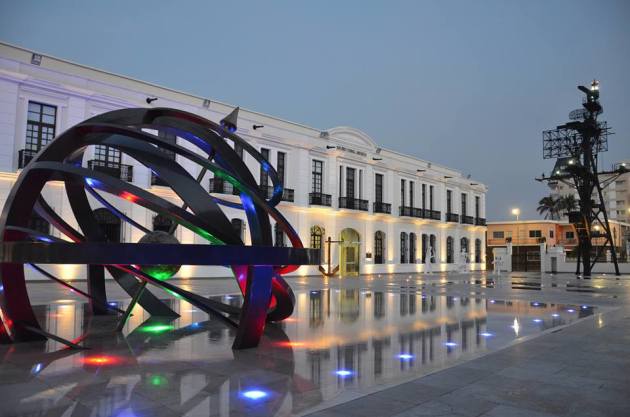 The Museo Naval occupies the historic waterfront site of the former Naval Academy in Veracruz.  It presents visitors with a wide range of Mexican naval history, including pre-Columbian navigation, the conquest of Mexico/New Spain, the role of pirates and famous naval battles. 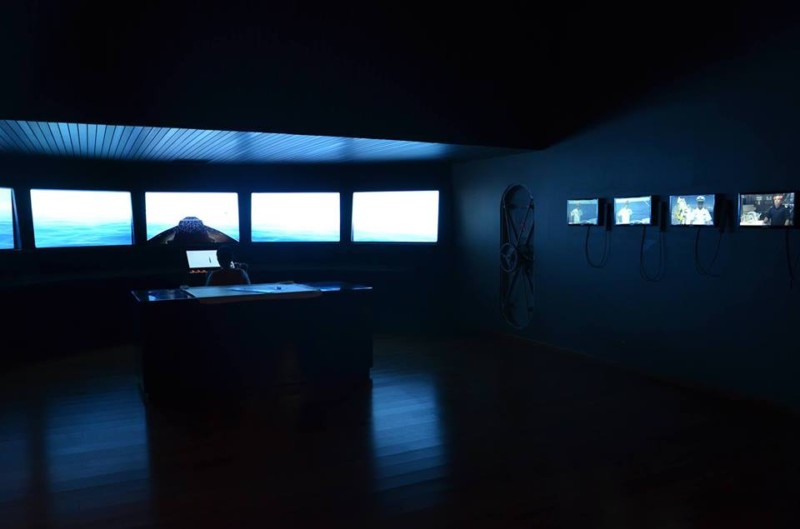 “There are 20-plus rooms, all with technology,” says Alejandro Altamirano, General Manager with TEDD.  “We have been using Alcorn McBride equipment for a very long time.  We have a great deal of confidence and trust in it: We know we can just set it up and let it run for years with no maintenance.”

Most of the Alcorn McBride gear is housed in two central control rooms on the main and first floors.  The main floor control room is outfitted with a V16+ show controller, a DMX Machine, an 8TraXX for audio playback,  and five A/V Binloop HD for synchronous audio and video. 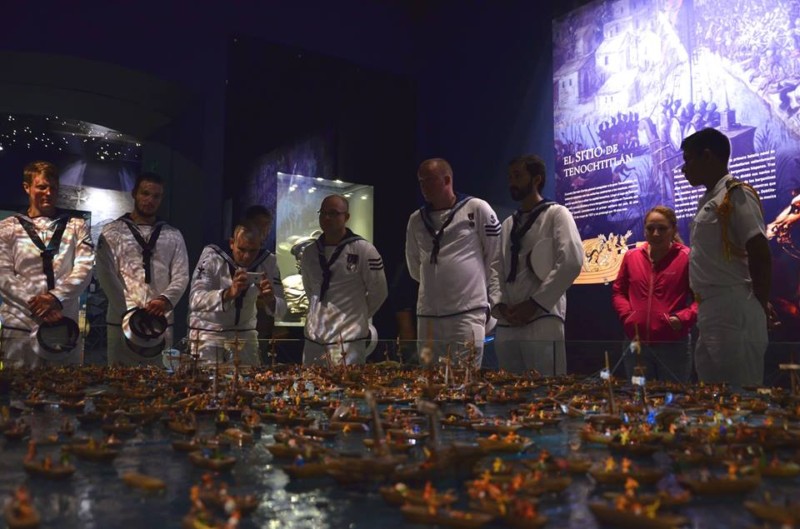 The first floor contains a large exhibit space which boasts 16 projectors and has its own dedicated control room.  TEDD has equipped it with a V16+ show controller; DMX Machine; an 8TraXX; and four AV Binloop HD’s.

“Alcorn McBride’s customer support has been great,” says Altamirano.  “They’ve been involved with us from the beginning and have come in to offer training when we need it for new equipment.

“Renovating the Museo Naval has been a very big project,” he explains.  “We were proud to be part of it and happy to bring in Alcorn.  The client has been very pleased with the outcome.  We may be in line for another big job with them, and if that happens we plan to integrate Alcorn equipment once again.”

Joe Kleimanhttp://wwww.themedreality.com
Raised in San Diego on theme parks, zoos, and IMAX films, InPark's Senior Correspondent Joe Kleiman would expand his childhood loves into two decades as a projectionist and theater director within the giant screen industry. In addition to his work in commercial and museum operations, Joe has volunteered his time to animal husbandry at leading facilities in California and Texas and has played a leading management role for a number of performing arts companies. Joe previously served as News Editor and has remained a contributing author to InPark Magazine since 2011. HIs writing has also appeared in Sound & Communications, LF Examiner, Jim Hill Media, The Planetarian, Behind the Thrills, and MiceChat His blog, ThemedReality.com takes an unconventional look at the attractions industry. Follow on twitter @ThemesRenewed Joe lives in Sacramento, California with his wife, dog, and a ghost.
Share
Facebook
Twitter
Linkedin
Email
Print
WhatsApp
Pinterest
ReddIt
Tumblr
Previous articleaccesso Division ShoWare Adds Eleven New Venues since November
Next articleWinners Announced for 11th Annual LA 3-D Movie Festival