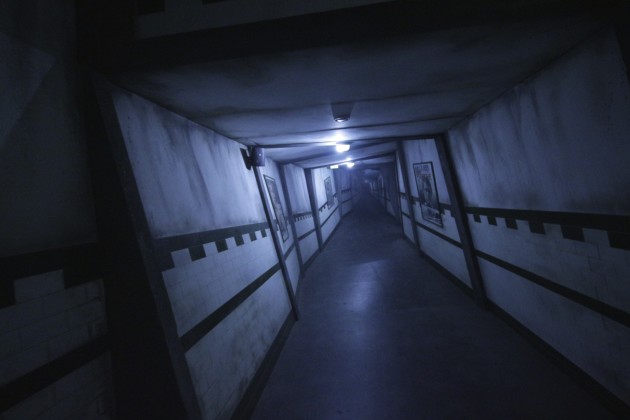 Orlando, FL, USA (June 3, 2015) – Taking a cue from its successful Halloween haunts, Walibi Holland theme park in Biddinghuizen, Netherlands has reimagined its steel roller coaster as “X-Press: Platform 13,” with an entirely new look and feel to the ride.  The newly revised attraction adds a mysterious backstory, which unfolds in the queue to extend the guest experience. 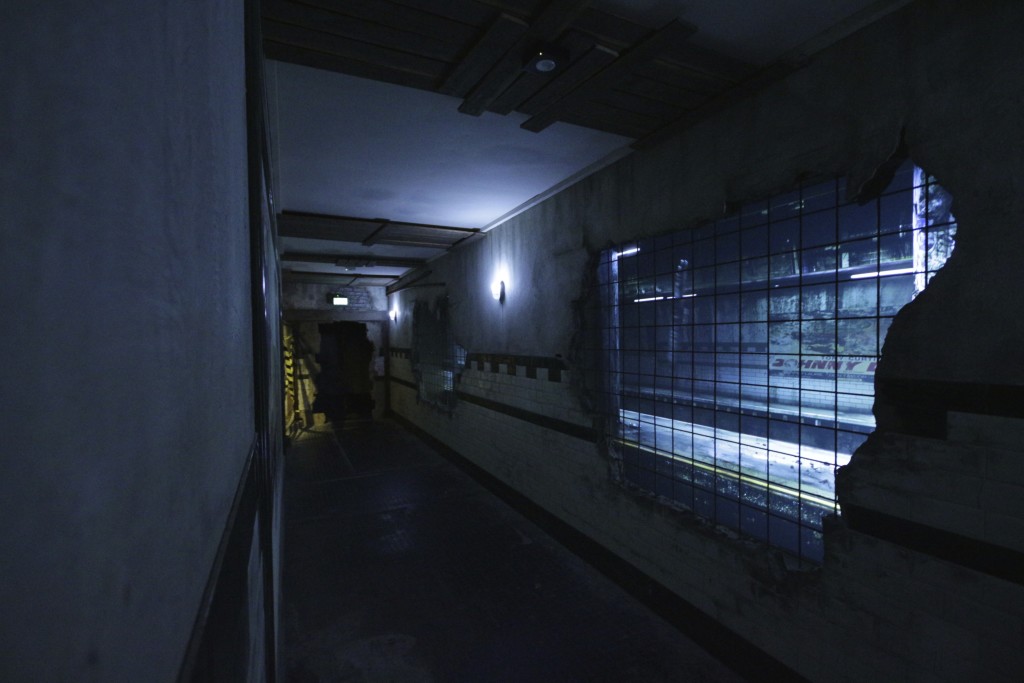 Guests entering the queue watch vintage-style news reports describing an infamous subway train crash and the many mysterious events that followed. As guests wind their way through the queue, they are immersed in the an eerie atmosphere of piercing train headlights, blaring horns, squealing brakes and PA announcements. 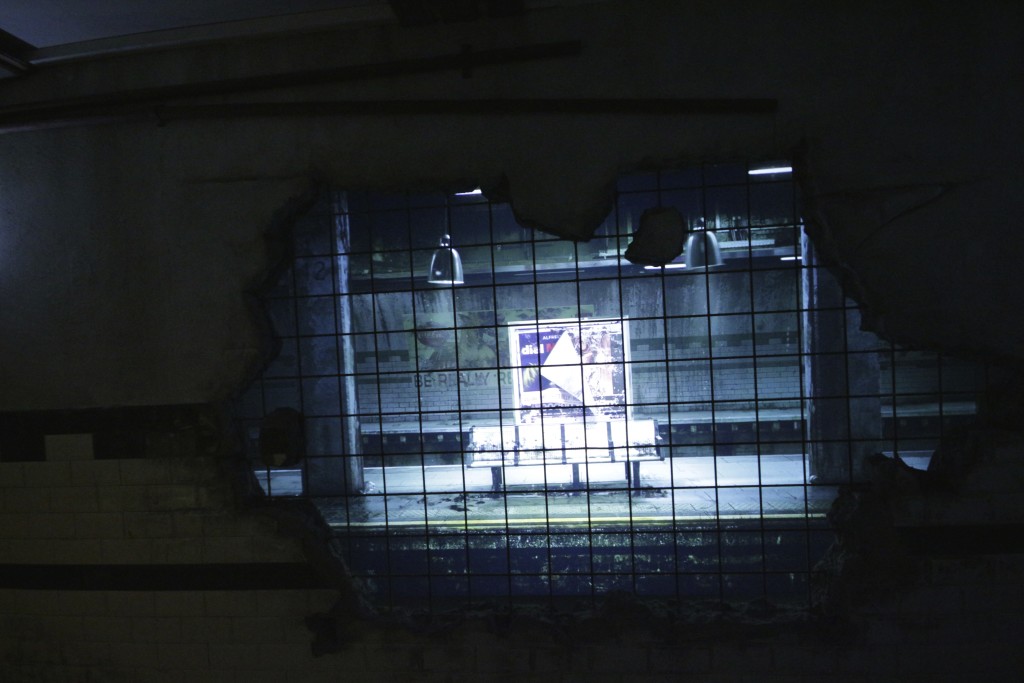 Arriving at Platform 13, an out of control train races past, its brakes squealing. Then their own train approaches. Once onboard, guests are launched, accelerating to 94.3 km/h in just 2.9 seconds. Entering the final tunnel, passengers see the safety light blinking red, but their train is not stopping.  The train seems to slide on the track, and a final pyro effect concludes this heart-stopping ride. 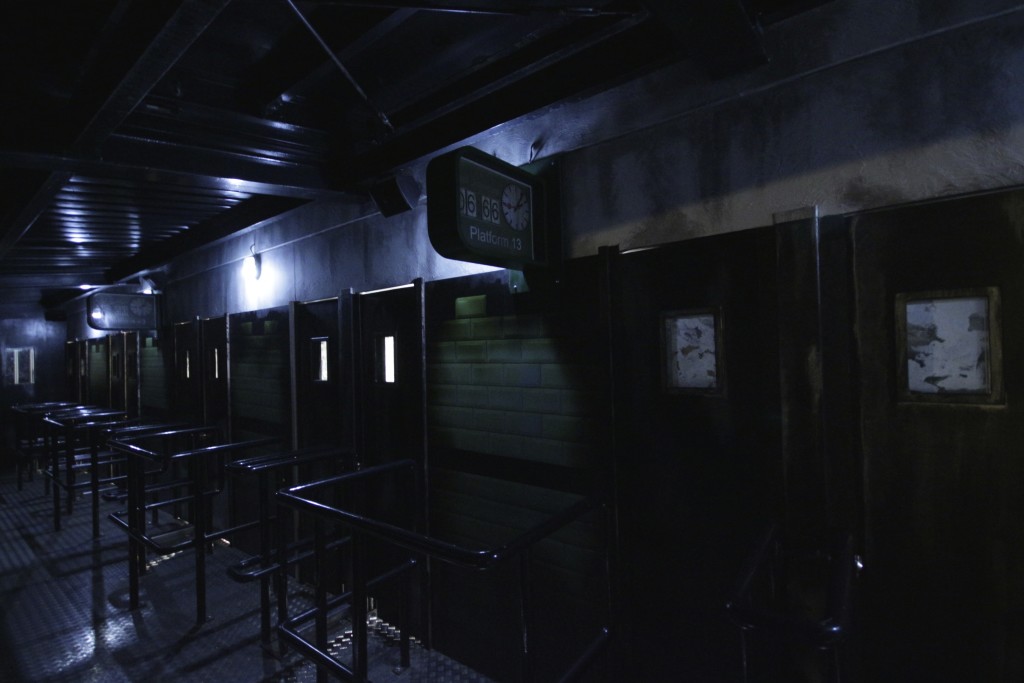 Ruisch chose to use only real elements to capture the ghostly atmosphere. Cars rumble on the street overhead as daylight quivers through a manhole cover. While crossing a bridge over a construction zone, guests hear a roar and see the headlights of a subway train racing toward them, and stopping just in time. 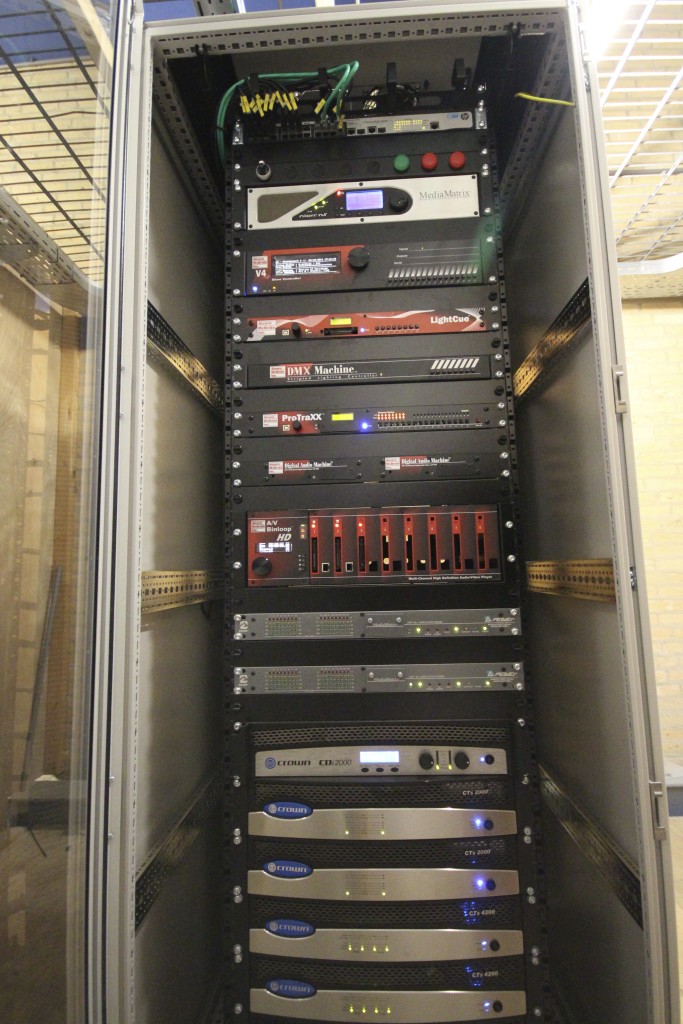 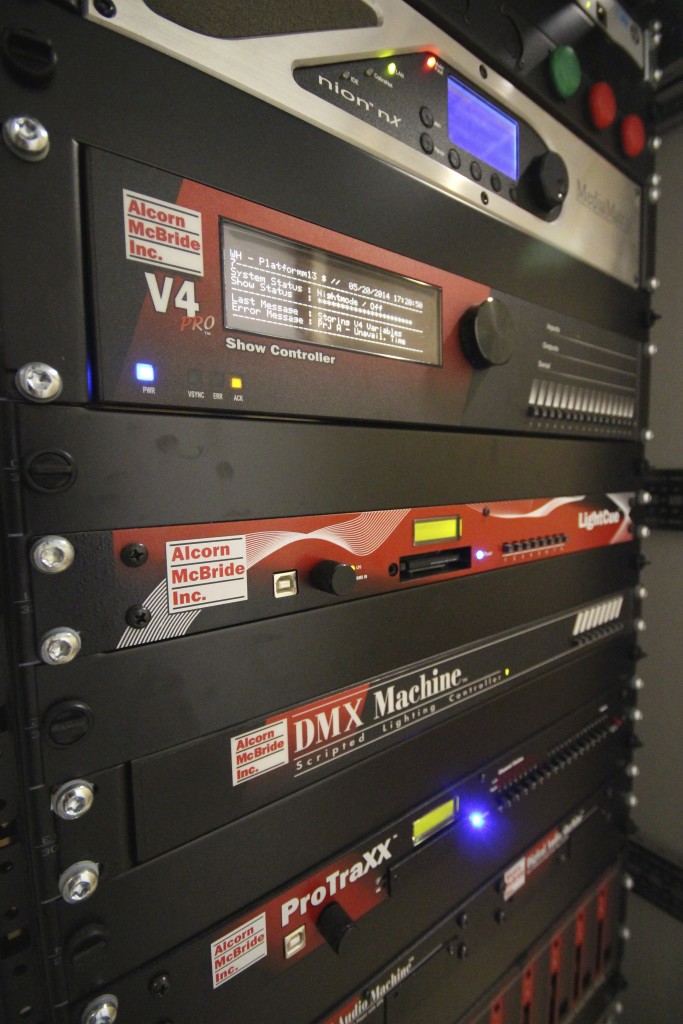 A DMX Machine and a LightCue create synchronous lighting effects, and control 30 LED fixtures for the phantom subway train approach.  An A/V Binloop HD drives projectors for spooky visual displays and creates the out of control train. An AM4 Digital Audio Machine provides audio effects for the finale. And a ProTraXX is the main audio source for the queue.

Ruisch gives kudos to ProTraXX for its extensive use in “X-press: Platform 13.”  “ProTraXX is by far the best multi-channel MP3 player there is.  It’s lightning fast and has professional balanced outputs.  It even announces the correct time every five minutes.  An amazing machine from an amazing company.  I couldn’t do my job without it!”

Joe Kleimanhttp://wwww.themedreality.com
Raised in San Diego on theme parks, zoos, and IMAX films, InPark's Senior Correspondent Joe Kleiman would expand his childhood loves into two decades as a projectionist and theater director within the giant screen industry. In addition to his work in commercial and museum operations, Joe has volunteered his time to animal husbandry at leading facilities in California and Texas and has played a leading management role for a number of performing arts companies. Joe previously served as News Editor and has remained a contributing author to InPark Magazine since 2011. HIs writing has also appeared in Sound & Communications, LF Examiner, Jim Hill Media, The Planetarian, Behind the Thrills, and MiceChat His blog, ThemedReality.com takes an unconventional look at the attractions industry. Follow on twitter @ThemesRenewed Joe lives in Sacramento, California with his wife, dog, and a ghost.
Share
Facebook
Twitter
Linkedin
Email
Print
WhatsApp
Pinterest
ReddIt
Tumblr
Previous articleMorgan’s Wonderland Awarded TripAdvisor Certificate for Fourth Consecutive Year
Next articleThe Selig Experience brings Milwaukee baseball history to life