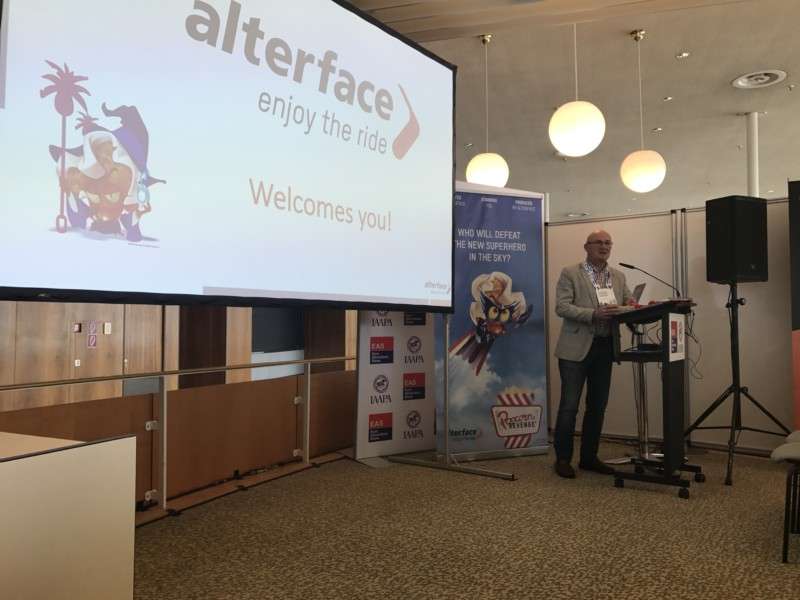 Benoit Cornet, CEO and Founder at Alterface, announced the company’s new Erratic(R) Ride this afternoon at EAS in Berlin. “Everything that is interactive interests us,” said Cornet, and that is the case for the new attraction, set to initially launch at Walibi Belgium in 2019. The new attraction builds on Alterface’s continued success with seven Six Flags installations, 20 LegoDiscovery Center rides, and the spinning theater and spinning dark ride attractions.

The new Erratic(R) Ride utilizes trackless ride vehicles to move guests in and out of a central dispatch zone into “dead ends” where interactive games can occur. The design takes out the element of a singular loop or linear path. This can provide an opportunity for storytellers to rethink how they tell a story in an attraction and also gives designers a chance to create “moments of enjoyment” while transferring between the scenes. Cornet explains this as ways to speed up the cars, or spin them around for additional thrill. “We believe the dark ride is all about motion, and we are breaking away from slow, linear movement,” said Cornet. 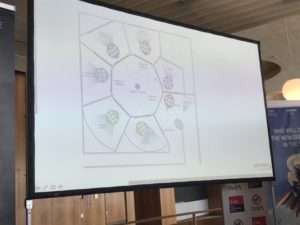 Cornet said the magic will be in the non-predictability of the ride. The way scenes are organized and what happens in each scene can be different from ride to ride, so what one rider experiences will be different from what their friend does in a different car.

Alterface is partnering with ETF to use their Multi Mover six-passenger vehicle that will be controlled by the general show control system.

The initial installation is part of Walibi Belgium’s expansion plans and will feature Alterface’s Popcorn Revenge IP. It will occupy 300 square meters, and while Cornet feels the sweet spot for this type of attraction is in that smaller size space, it can be scaled to fit what is available.