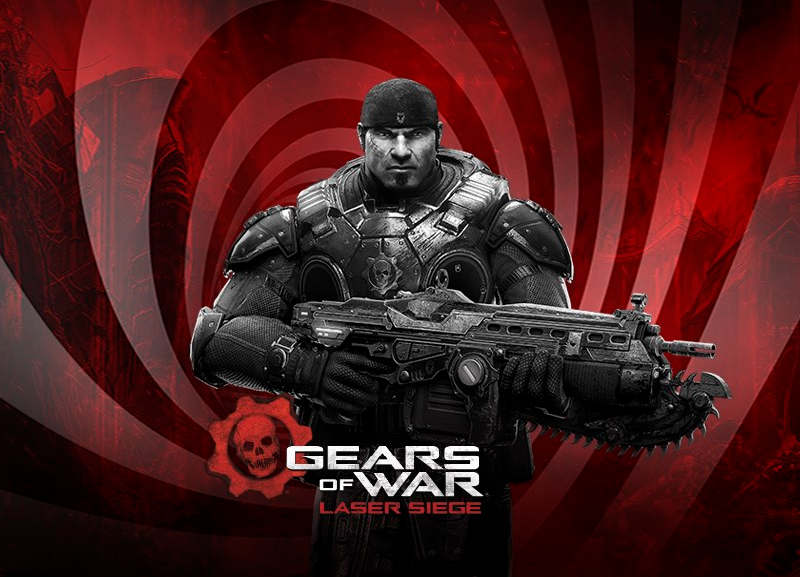 Hub Zero, an entertainment park where “the real and virtual world merge”, came to Alterface with a seemingly simple request: to reinvent the classic laser tag. The broadly acclaimed Gears of War video game IP, chosen as a theme for the attraction, was to be the theme of this immersive attraction: an important criterium  to live up to Hub Zero’s tagline “Live the Game”. High expectations from the fans and community would be expected.

The outcome is the blending of an interactive walkthrough with the classic laser tag: wearing a jacket and armed with a laser gun, players walk in a dimly lit zone trying to score points by shooting at the opponent team. While they wander in the two-level dark room, players come across virtual enemies who pop up, hide, and shoot. Sharp eyes and quick reflexes are the key skills to succeed.

This mix of interaction is powered by Alterface’s advanced technology. Benoit Cornet, Founder and CEO of Alterface, comments: “We accepted the challenge to innovate the popular laser tag even though nobody had tried it before. Our team doesn’t fear exploring uncharted lands! Much more than a next generation laser tag, we saw Hub Zero’s request as an opportunity to implement the laser tag gameplay to our interactive walkthrough solutions.” 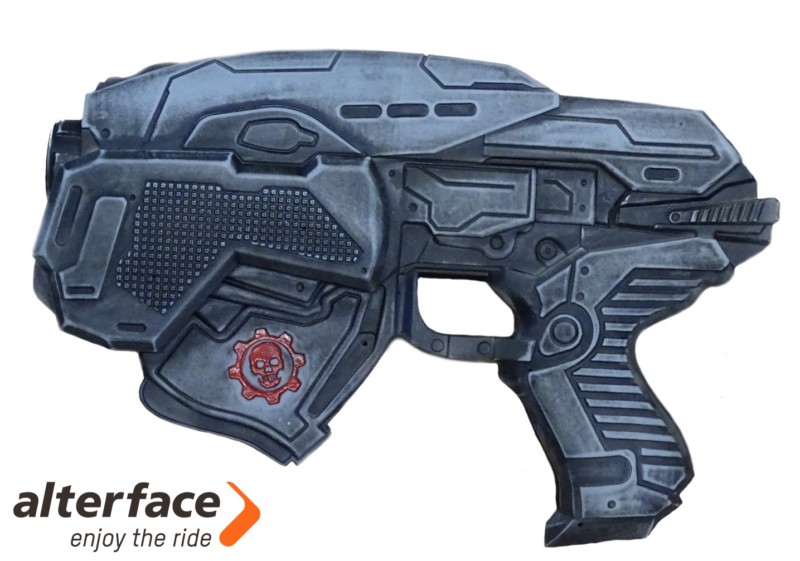 Gears of War: Laser Siege is an interactive battle game based on the video game’s intellectual property.  Divided in two or four teams, up to 24 players battle against each other and their common enemy, the Locusts.  This alien race declared war against humanity. As the two-level game area is located on Sera, the home planet of the Locusts, their inhabitants are part of this battle.

Stéphane Battaille, COO at Alterface comments: “Based on Alterface’s patented shooting technology, we can shape any interactive device to match any existing IP. As Gears of War features the famous Locusts’ Snub Pistol, we decided to design it and provide an identical replica to players for an immersive experience to ‘Live the Game’. The precision of our shooting devices is millimetric, even at longer distances, with a second to none reactivity. Furthermore our shooting devices allow complete freedom of movements for the players.” 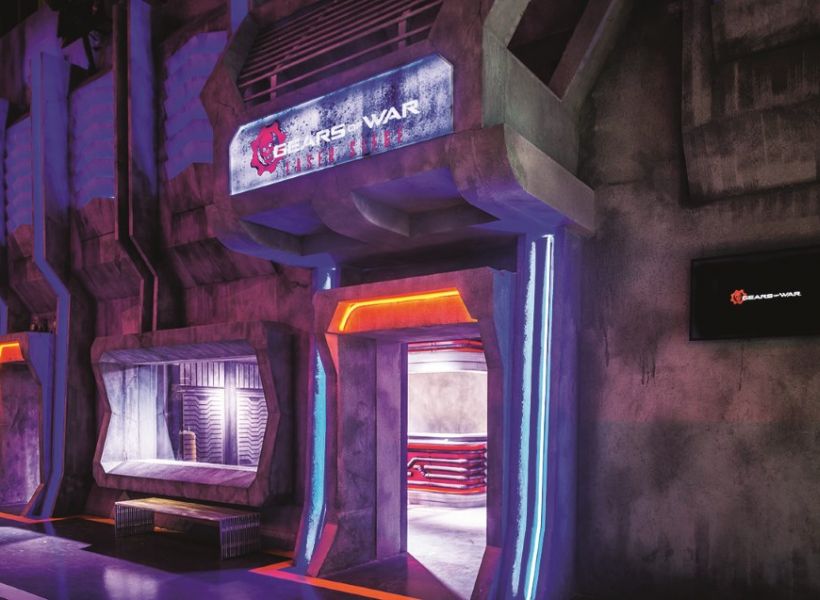 Raising the bar to  next level excitement and fun

Earlier this year, Alterface added a new type of ride to its portfolio: the interactive raft ride, implemented on the successful Splashing UFO at Yomiuriland, Japan. With Gears of War: Laser Siege, another type of attraction joins the list: the next generation laser tag.

“Our expansion demonstrates the adaptability of our technology to be merged with existing entertainment solutions and successfully innovate attractions. Furthermore, it shows the absolute confidence of our clients in Alterface’s capacity to elevate them to a higher level. We keep on raising the bar and continuously challenge ourselves to come with always better and more exciting interactive attractions,” explains Benoit Cornet. “This thinking dynamic led us to update the spinning theater as well, one of our historical attraction, yet to be revealed. Stay tuned!”

Gears of War: Laser Siege is yet another attraction to add to the long list of interactive attractions powered by Alterface technology in the United Arab Emirates. This country has embraced the future of entertainment parks by investing quickly and massively in innovative attractions.

Joe Kleimanhttp://wwww.themedreality.com
Raised in San Diego on theme parks, zoos, and IMAX films, InPark's Senior Correspondent Joe Kleiman would expand his childhood loves into two decades as a projectionist and theater director within the giant screen industry. In addition to his work in commercial and museum operations, Joe has volunteered his time to animal husbandry at leading facilities in California and Texas and has played a leading management role for a number of performing arts companies. Joe previously served as News Editor and has remained a contributing author to InPark Magazine since 2011. HIs writing has also appeared in Sound & Communications, LF Examiner, Jim Hill Media, The Planetarian, Behind the Thrills, and MiceChat His blog, ThemedReality.com takes an unconventional look at the attractions industry. Follow on twitter @ThemesRenewed Joe lives in Sacramento, California with his wife, dog, and a ghost.
Share
Facebook
Twitter
Linkedin
Email
Print
WhatsApp
Pinterest
ReddIt
Tumblr
Previous articleTiLEzone London Returns March 2017
Next articleSally Brings the Animal Animatronics of Five Nights at Freddy’s to Life in New Attraction Concept