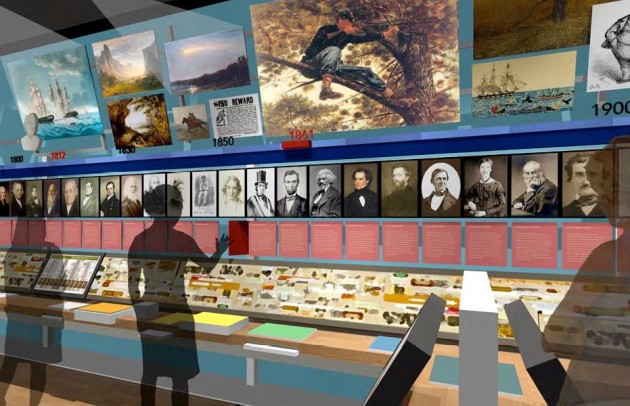 Chicago, IL, USA — The United States’ rich cultural landscape will expand early next year when the American Writers Museum (AWM) opens its doors in March 2017. The first and only museum of its kind in the nation, American Writers Museum, located at 180 North Michigan Avenue, will engage the public in celebrating American writers, and exploring their influence on our history, identity, culture, and daily lives.

Showcasing the personal stories and literary works of diverse American writers, from Mark Twain to Dr. Seuss, the interactive, high-tech museum is expected to draw up to 120,000 visitors annually. The museum’s esteemed curating team and National Advisory Council are working closely with internationally renowned museum and exhibit companies in the museum’s development.  American Writers Museum is also collaborating with more than 50 authors’ homes and museums around the U.S., now AWM Affiliates, that will support its mission with author-specific knowledge and expertise, and foster an exchange of ideas and experiences. 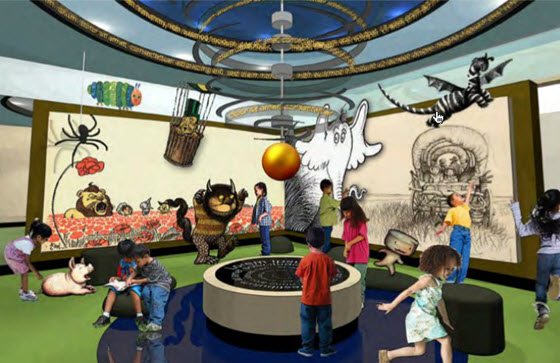 The museum’s themed galleries, interactive exhibits, educational programs, and special events will change regularly to continually surprise and engage visitors of all ages. They will come face-to-face with great writers using their zip codes in Writers Hall; accompany roving writers such as Kerouac and Steinbeck on their literary travels;  and “visit” writers’ homes and fictional sites, such as “Tara,” “Cannery Row,” and “The House of the Seven Gables” in Nation of Writers. Exhibits such as The Mind of a Writer, A Writer’s Room, and Word Play will de-mystify famed writers’ lives and methodologies and invite visitor creativity with games and other immersive offerings. Readers Hall will host films, talks, readings, and presentations to school and other groups.

“We are thrilled to have found the perfect space in the heart of downtown Chicago, just steps from the city’s major attractions,” says AWM founder and President, Malcolm E. O’Hagan. “The American Writers Museum will become a beloved attraction for Chicago residents and visitors from all over the world, and will provide an exciting and unprecedented opportunity to showcase our great writers and their works in one of the nation’s most culturally rich cities.”

The American Writers Museum has garnered the enthusiastic support of scholars, and from cultural, civic and business leaders. For more information, including renderings, floorplans, and details about planned exhibits, visit www.americanwritersmuseum.org.

Joe Kleimanhttp://wwww.themedreality.com
Raised in San Diego on theme parks, zoos, and IMAX films, Joe Kleiman would expand his childhood loves into two decades as a projectionist and theater director within the giant screen industry. In addition to his work in commercial and museum operations, Joe has volunteered his time to animal husbandry at leading facilities in California and Texas and has played a leading management role for a number of performing arts companies. Joe has been News Editor and contributing author to InPark Magazine since 2011. HIs writing has also appeared in Sound & Communications, LF Examiner, Jim Hill Media, and MiceChat. His blog, ThemedReality.com takes an unconventional look at the attractions industry. Follow on twitter @ThemesRenewed Joe lives in Sacramento, California with his fiancé, two dogs, and a ghost.
Share
Facebook
Twitter
Linkedin
Email
Print
WhatsApp
Pinterest
ReddIt
Tumblr
Previous article“Despicable Me” Creator Chris Meledandri to Oversee Future of DreamWorks Animation Under $3.8 Billion NBCUniversal Acquisition
Next articleNINJAGO World Will Give a Kick to the LEGOLAND California Resort 2016 Season on May 5