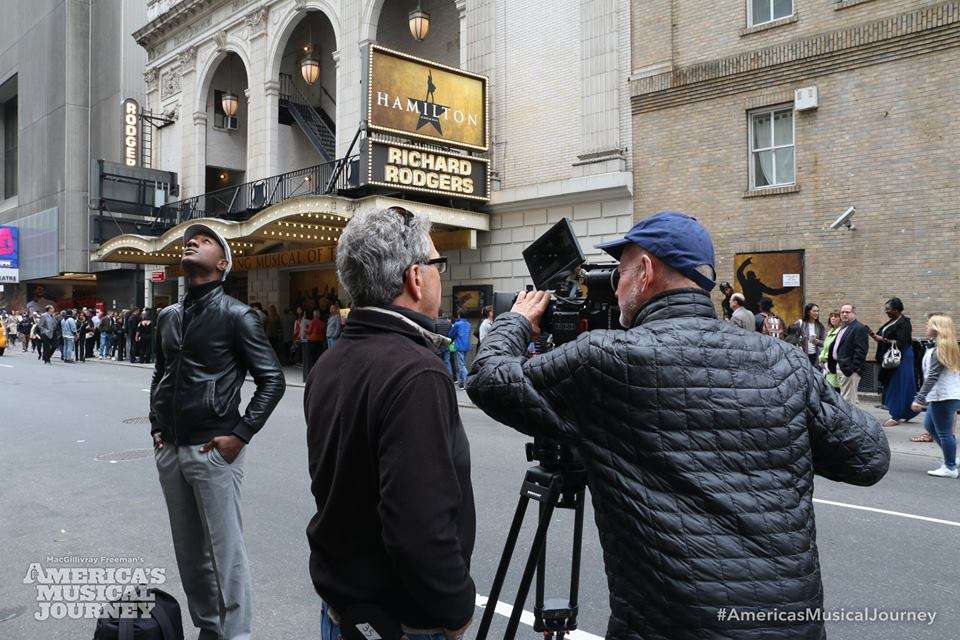 America’s Musical Journey was also recognized in connection with the Best Film Launch by a Theater award, which went to IMAX Victoria for their launch of the film.

“It is a great privilege to bring this story of America’s cultural and creative diversity to the giant screen and to share America’s much-loved music and creative innovation with global audiences,” said producer Shaun MacGillivray, President of MacGillivray Freeman Films. “As viewers experience this joyful immersion into the story of jazz, blues, rock and roll and more, we hope that young people everywhere will be inspired to explore and express their own creativity.”

Narrated by Academy Award® winner Morgan Freeman, America’s Musical Journey celebrates the unique diversity of cultures and creative innovation that characterize America, as told through the story of its music. The film follows Grammy Award®-nominated singer and songwriter Aloe Blacc as he traces the roots of America’s music, including jazz, blues, rock and roll and hip hop, through the colorful cities and cultures where it was born.

America’s Musical Journey first premiered at the Smithsonian’s National Air and Space Museum in February and has since been leased to more than 90 theatres in the U.S. and around the world.  The film received the Best Audience Award in the Science and Technology Division at the 2018 Beijing International Film Festival.

“We are honored with this recognition from the Giant Screen Cinema Association and with the opportunity to work again with the passionate team at MacGillivray Freeman Films, whose dedication to producing giant screen films of the highest quality ensures that audiences will be not only entertained but deeply moved by this story of America’s music told with all the power and beauty the medium can provide,” said Tom Garzilli, Chief Marketing Officer for Brand USA and executive producer of America’s Musical Journey.

America’s Musical Journey is a MacGillivray Freeman film produced in association with Brand USA and presented by Expedia and Air Canada.

Joe Kleimanhttp://wwww.themedreality.com
Raised in San Diego on theme parks, zoos, and IMAX films, Joe Kleiman would expand his childhood loves into two decades as a projectionist and theater director within the giant screen industry. In addition to his work in commercial and museum operations, Joe has volunteered his time to animal husbandry at leading facilities in California and Texas and has played a leading management role for a number of performing arts companies. Joe has been News Editor and contributing author to InPark Magazine since 2011. HIs writing has also appeared in Sound & Communications, LF Examiner, Jim Hill Media, and MiceChat. His blog, ThemedReality.com takes an unconventional look at the attractions industry. Follow on twitter @ThemesRenewed Joe lives in Sacramento, California with his fiancé, two dogs, and a ghost.
Share
Facebook
Twitter
Linkedin
Email
Print
WhatsApp
Pinterest
ReddIt
Tumblr
Previous articleThe Nassal Company relaunches as The Companies of Nassal with three unique brands
Next articleNew turtle habitat and rides coming to SeaWorld and Aquatica San Antonio in 2019