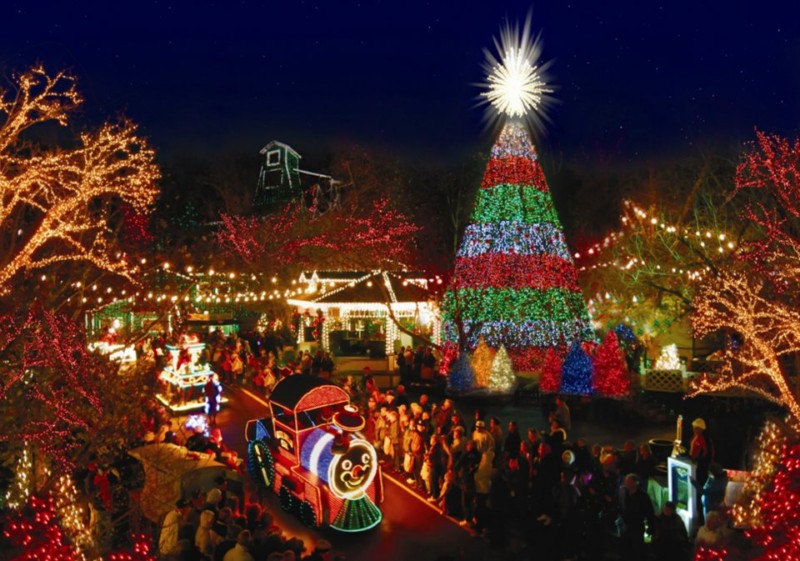 Branson, MO, USA — Silver Dollar City rings in its brightest season with one of the most acclaimed holiday festivals in America, An Old Time Christmas, presented November 2 – December 30 at the Branson, Missouri theme park.

The festival includes the return of the popular production It’s a Wonderful Life, adapted from the Frank Capra classic, presenting a musical interpretation of the inspirational story that is a worldwide Christmas favorite, voted the #1 “Inspirational Film of All Time” by the American Film Institute. The show also features unique special effects and a talented cast of 14 singer/actors.

A special musical presentation of the Living Nativity, written for Silver Dollar City, presents the story of the birth of Christ through the point of view of the Angel Gabriel. This original, dramatic production brings the story to life with a cast of 11 actors.

An Old Time Christmas transforms the 1880s-style park into an evening wonderland, featuring the Christmas on Main Street light and sound show, 1,000 decorated Christmas trees, a Holiday Light Parade, the two Broadway-style productions, festive holiday foods and over five million lights – and rides too. In temperatures down to 42 degrees, guests can soar into the night while viewing the park’s lights from above.

The 5-Story Special Effects Christmas Tree is the park centerpiece, a towering visual icon that comes to life at dusk each evening when the Christmas on Main Street shows begin. During the shows, the massive tree blazes in synchronization to the musical movements of Christmas songs — up to 100 light changes per second — while lights on buildings, in hanging canopies over Main Street and on Christmas trees around the Square flash along with it, accompanied by surround-sound, immersing guests in the experience. While technologically incredible, the tree is “green” too, operating with energy-saving LED* lights.

Since its debut more than two decades ago, Silver Dollar City’s An Old Time Christmas has become one of the country’s most recognized events for spectacular lighting and world-class entertainment. Profiled as one of the nation’s top holiday celebrations by USA Today, CNN Travel, The Travel Channel, Good Morning America, AOL Travel, Yahoo Travel and MSN.com, the festival features dazzling elements throughout the 100-acre park. The colorful Holiday Light Parade, with musical floats covered in lights, winds through the streets of the City each evening as costumed characters interact with guests along the parade route. 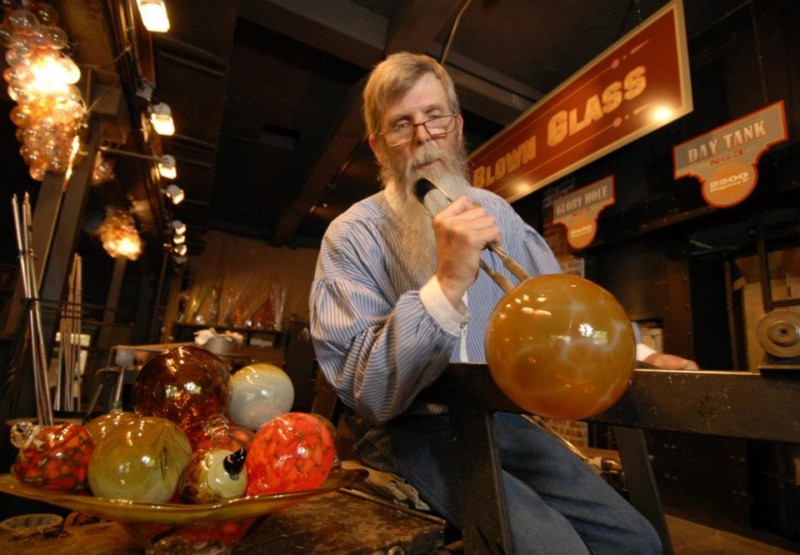 Fine craftsmanship is also showcased, as the park’s 100 demonstrating craftsmen create one-of-a-kind handmade holiday items, from blown glass ornaments, angels and snowmen to pottery dessert platters and scotch-pine scented candles. Guests sing Christmas carols as they ride the Silver Dollar Steam Train and for nighttime thrills, most of the rides and the park’s six roller coasters are open after dark with great views of the lights from above. Guests can try the world’s steepest drop in the dark on the new ground-breaking wood coaster Outlaw Run, named Best New Ride of 2013 worldwide!

Silver Dollar City presents the Midwest Living Culinary & Craft School, offering classes on holiday specialties. The tastes of the season are in abundance throughout the park, including a prime rib buffet and traditional favorites such as turkey with apple-raisin dressing. Festive holiday treats from apple dumplings to hot wassail can be found throughout the park, and the bakery cooks up homemade fruitcakes, cookies and breads. For kids, there’s a lunch with Santa, available weekends throughout the festival.

During An Old Time Christmas, Silver Dollar City is open Thursdays through Sundays through December 22, plus Wednesday, November 27, closed Christmas Eve and Christmas Day, and open daily December 26-30. Hours are 1:00 p.m. to 9:00 p.m. most days, with extended hours on Saturdays.

An Old Time Christmas is presented by Humana.

Joe Kleimanhttp://www.themedreality.com
Raised in San Diego on theme parks, zoos, and IMAX films, Joe Kleiman would expand his childhood loves into two decades as a projectionist and theater director within the giant screen industry. In addition to his work in commercial and museum operations, Joe has volunteered his time to animal husbandry at leading facilities in California and Texas and has played a leading management role for a number of performing arts companies. Joe has been News Editor and contributing author to InPark Magazine since 2011. HIs writing has also appeared in Sound & Communications, LF Examiner, Jim Hill Media, and MiceChat. His blog, ThemedReality.com takes an unconventional look at the attractions industry. Follow on twitter @themedreality Joe lives in Sacramento, California with his fiancé, two dogs, and a ghost.
Share
Facebook
Twitter
Linkedin
Email
Print
WhatsApp
Pinterest
ReddIt
Tumblr
Previous articleHolovis Creates Touring 3D Theater to Introduce Exhibition Guests to the “Secrets of the Tomb”
Next articleLittle People Come to Tampa’s Big Theme Park For Two Days of Shows