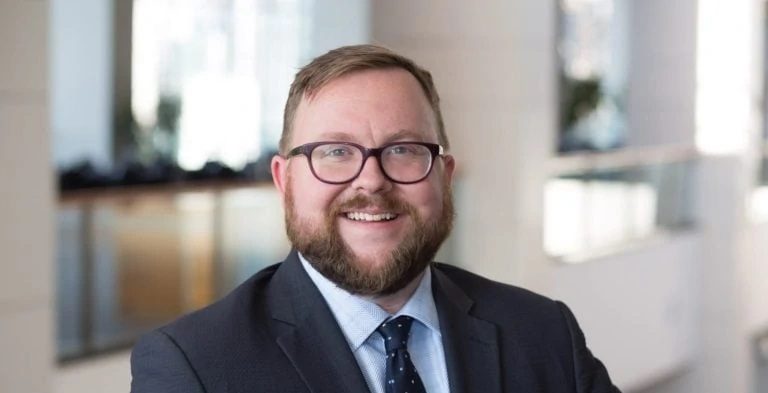 October 8, 2020 — Today the Association of Science and Technology Centers (ASTC) announced that Christofer Nelson will be the association’s new president and CEO, effective October 26, 2020. Christofer has served as ASTC’s chief operating officer since early 2018, leading the organization’s operational and financial transformation over the past three years. In collaboration with ASTC’s current president and CEO, Cristin Dorgelo, Christofer participated in field-wide listening sessions that informed his co-authorship of the organization’s current strategic direction. Under Christofer’s leadership, the association will continue to pursue its vision of increased understanding of—engagement with—science among all people and will increase the ways that the association supports its member science and technology centers and museums as they navigate the current COVID-19 crisis and thrive in the future.

“While this global pandemic and the resulting economic recession have had a significant impact on our member institutions—with all closing to the public for extended periods in order to help safeguard the health of their communities—this crisis has also plainly shown the vital importance of our members’ collective work to create more science-engaged communities,” Christofer said. “Even more importantly, the anti-Black racism and social injustices at the forefront of events in the United States and around the world this year have renewed the call to reckon with our role in systemic racism and systems of oppression while continuing to advance a commitment to equity and social justice. Science and technology centers and museums have a vital role to play in providing greater access to opportunity through lifelong learning in science, technology, engineering, and math, while joining with their communities to address the most important global challenges of our era, from slowing global pandemics to ending healthcare disparities, from preserving our natural environment and protecting our biodiversity to helping communities become more sustainable and resilient in the face of global climate change.”

Throughout his career, Christofer has worked to ensure more people around the world have the tools to learn about, engage in, contribute to, and benefit from scientific research and technological innovation. Before coming to ASTC, Christofer held an appointment in the Georgetown University Program on Science in the Public Interest. During the Obama Administration, Christofer served as the Assistant Director for Open Innovation at the White House Office of Science and Technology Policy, where he focused on scaling approaches to open innovation—such as incentive prizes, crowdsourcing, and citizen science—that enable more people to participate in research and development efforts. Christofer has also served on the leadership team of the USA Science & Engineering Festival in Washington, D.C. Christofer has two decades of experience leading and managing diverse teams.

“Christofer’s commitment to museums and science and technology centers, and his support of our collective work to promote lifelong science learning, connect science and society, engage diverse communities, and partner to tackle global and local challenges is unmatched,” said Larry Dubinski, chair of the ASTC Board of Directors and president and CEO of The Franklin Institute. “The board is excited to have Christofer step into this new leadership role and continue the implementation of our strategic direction. We thank Cristin Dorgelo for her dedication and leadership over the past three years as ASTC’s president and CEO, and for her tremendous work in setting this organization on its current path.”

Christofer will succeed Cristin, who has served as ASTC’s president and CEO since January 2018. Her leadership over the past three years has transformed and revitalized ASTC, providing new support and services to its members at a critical time and giving science and technology centers and museums a renewed voice and role in national and international agendas for science learning, science communication, and science engagement.