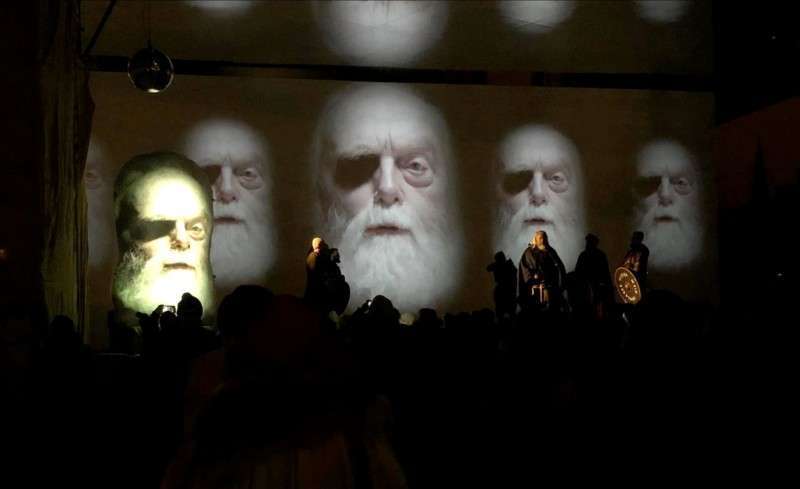 Ireland’s oldest city, founded by Norwegian pirates in 914 – recently took a step back in time to its roots when it held its inaugural International Viking Festival and Roadshow over Easter.

Taking place over three days, this flagship event in Ireland’s Ancient East marked the 1100th anniversary of the conquest of York, England, by King Reginald of Waterford. With all eyes on the city, the pressure was on for Waterford Council and Waterford Treasures Museums to select the right partners and suppliers to bring this historic moment in time to life.

The highlight of the event was a spectacular night-time Viking Roadshow – two 45-minute theatrical performances which took place on the last day in the Apple Market in the centre of the historic city. The specially commissioned theatrical piece by creative director Craig Morrison, set for a live tour in 12 of the most important Viking sites in Europe, was to be the jewel in the crown of the Festival planned by the Council and Museum. A celebration of the cultural and historical impact of the Vikings, Morrison brought together contemporary artists from all over Europe including actors, musicians, dancers and film makers for the visual spectacular on Viking heritage – using modern projection technology in a new and captivating way.

The ambitious project was put out to tender and delivery of the Festival and Roadshow were awarded to event and festival management company EveryEvent. John Grubb, managing director of the outfit, recalls how they approached the project. “We needed an exceptional technical and production service provider on board to complement this world-class production – and we chose Corporate Audio Visual Services (CAVS), a trusted partner of ours, to help us deliver.

“As the equipment and AV consultants, CAVS worked closely with us and the artistic team in marrying the site and production to make sure it was every bit as good as the original run in Copenhagen.”

In order to seamlessly bring all the AV components together, CAVS opted for two AV Stumpfl Wings Engine Stage media servers – allowing for total control and flawless execution of the overall production.

Eoin Sheridan, production manager at CAVS, took on the role of technical manager for this project, and reflects on selecting AV Stumpfl’s award-winning media servers for the show: “We have been using AV Stumpfl’s Wings Engine Stage for four years now, recently upgrading to the new Wings RX Vioso software. Its flexibility enables us to do a lot more live editing and programming, so it is perfect for the corporate side of our events. We are huge fans of the product.”

A project of such magnitude is of course never without its challenges, and Sheridan has no doubt that AV Stumpfl’s servers helped CAVS rise to the occasion: “The client required the ability to skip through the show for rehearsals whilst having markers for certain parts. AV Stumpfl’s Wings Engine Stage makes it very easy to do, and very simple to set up compared to other media servers. We also had very little dark time because of where the performance was being staged. The ability to blend the projectors and then convert back to manual using the Vioso camera calibration was a great help in turning around the blending process quickly.”

Furthermore, Sheridan drew on the support of the AV Stumpfl team to ensure smooth execution of the project. “AV Stumpfl has a fantastic team in Austria, always available to help unpick any issues. We recently completed the Wings RX training at their state-of-the-art HQ in Wallern, Austria. The team there went above and beyond to make us feel welcome and it was great to get that level of insight about the new software, which in turn helped us achieve what we wanted for this project.”

EveryEvent’s Grubb is in no doubt that the solution delivered by CAVS was best-in-class and drove the spectacular to success. “The desired outcome was to create a genuine wow factor for people watching the show, and there is no doubt that CAVS, with the help of AV Stumpfl’s servers, did just that. 4,000 people flocked to watch this world-class technical production on a scale never before seen in Waterford and on a par with any of the other cities on the tour, not to mention the incredible press reviews and social media buzz. It’s great to know that as a result, funding has been secured, giving a bright future to this important festival.”

Joe Kleimanhttp://wwww.themedreality.com
Raised in San Diego on theme parks, zoos, and IMAX films, Joe Kleiman would expand his childhood loves into two decades as a projectionist and theater director within the giant screen industry. In addition to his work in commercial and museum operations, Joe has volunteered his time to animal husbandry at leading facilities in California and Texas and has played a leading management role for a number of performing arts companies. Joe has been News Editor and contributing author to InPark Magazine since 2011. HIs writing has also appeared in Sound & Communications, LF Examiner, Jim Hill Media, and MiceChat. His blog, ThemedReality.com takes an unconventional look at the attractions industry. Follow on twitter @ThemesRenewed Joe lives in Sacramento, California with his fiancé, two dogs, and a ghost.
Share
Facebook
Twitter
Linkedin
Email
Print
WhatsApp
Pinterest
ReddIt
Tumblr
Previous articleCategory 5 offers three ProSlide adventures at Quassy Amusement Park
Next articleOwners of Altitude Trampoline Parks partner on interactive waterpark in Grapevine, Texas