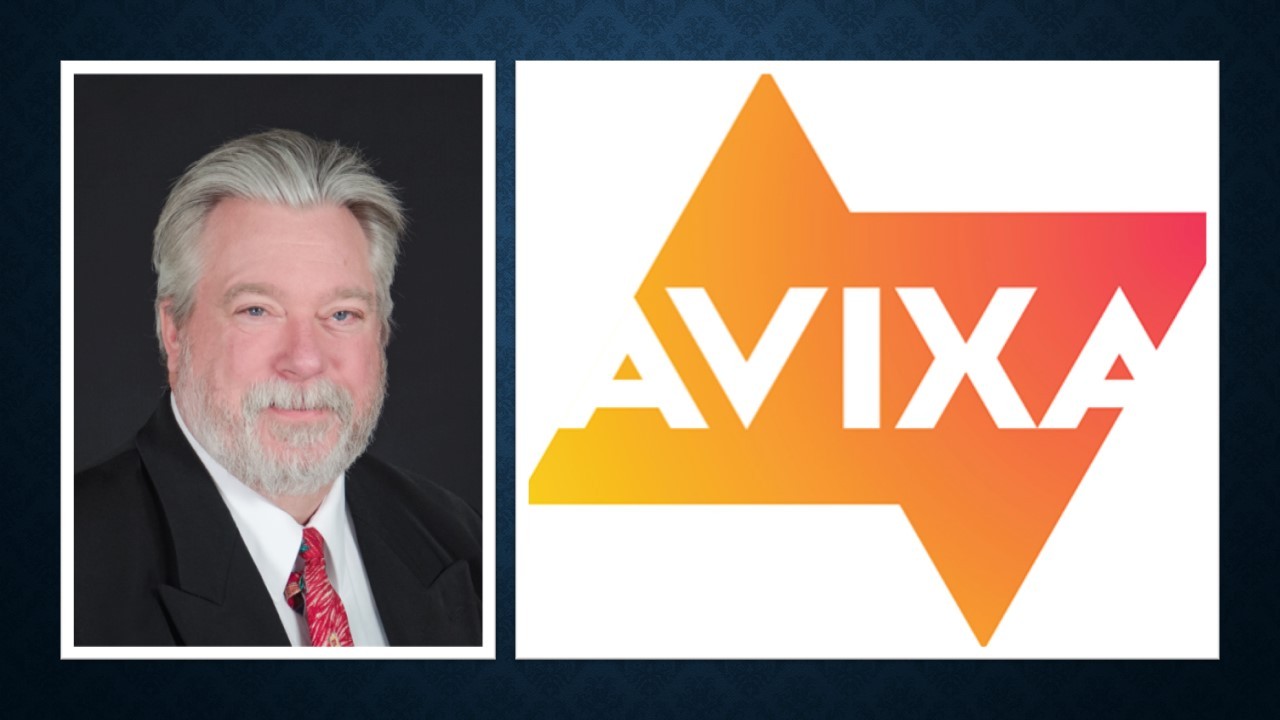 AVIXA, the Audiovisual and Integrated Experience Association, is pleased to announce the 2020 recipients of its annual awards. Honorees will be recognized in a virtual ceremony during InfoComm 2020 Connected on Wed., June 17 at 5 p.m. EDT.

The AVIXA Awards recognize outstanding AV professionals for their contributions to the industry. Members of the industry nominate individuals for the Adele De Berri Pioneers of AV, CTS Holder of the Year, Educator of the Year, Fred Dixon Service in Education, Mackey Barron Distinguished Achievement, Women in AV, and Young AV Professionals awards. New for 2020 are the Emerging Talent and Event Design of the Year awards. The Harald Thiel Volunteer of the Year Award is bestowed by AVIXA staff.

“Day in and day out, AV professionals leave impressions on the people they meet and the spaces they help create,” said David Labuskes, CTS, CAE, RCDD, Chief Executive Officer, AVIXA. “Each year, AVIXA is honored to shine a spotlight on individuals who are helping the industry grow, whether it’s through teaching, breaking down barriers, or pioneering new technology and ideas. Congratulations to the 2020 AVIXA Awards winners and thank you for all your contributions to the AV industry.”

While working as a young audio engineer and doing live sound mixing touring for groups like Jefferson Airplane and other emerging artists in the sixties, Howze saw a need for better equipment in the industry and decided to start his own company Community Professional Loudspeakers in 1968.  He pioneered the use of manufacturing horn systems and enclosures with fiberglass to create large, yet lightweight, loudspeaker systems. He is also credited with many industry firsts, including the first coaxial all-horn system and the first large-format midrange compression driver, among others. Howze remains active in the company today and continues to research and develop new loudspeaker technologies.

Higgason has been working professionally with audio and electronics for more than 20 years. He has helped Encompass AV grow from an unfunded start-up to a multi-million-dollar operation. Higgason is determined to make human-centric technologies a common thing in the workplace and beyond.

Brawn has extensive experience in the design and integration of AV and digital signage systems and the development of educational programs. He is an instructor for AVIXA and a member of the association’s various AV standard task forces, including the Project Image System Contrast Ratio standard. Brawn was also the recipient of AVIXA’s 2012 Young AV Professional Award.

Guzman is a student at Lincoln Tech with a 4.0 GPA in the Electrician and Electronics training program. She has a Foundations of Crestron Programming Certification and is currently working on her level 2 certification from Crestron and studying for her CTS.

Francsis is a senior producer in the events space, developing custom lighting, audio, video, and staging designs. She has a bachelor’s degree in Technical Theatre/Theatre Design and Technology from Illinois State University.

Thorburn is a licensed engineer with more than 30 years of experience in the architectural application of acoustic, audiovisual technology, and lighting systems. His dual degrees from Michigan Technological University in electrical engineering and technical theatre enable him to coordinate technical requirements involved in the construction bid process with practical issues required by the end users. Thorburn is a senior instructor for AVIXA and the recipient of AVIXA’s 2011 Educator of the Year Award. In addition, he is currently writing a book titled Acoustics in Architecture.

In addition to being CEO of Cibola Systems, Perrine is an avid writer and frequent presenter, delivering courses and workshops on design thinking and workplace experience design. Her courses have been approved for certification renewal units by AVIXA, The American Institute of Architects, and International Interior Design Association. Perrine serves on AVIXA’s Standards Steering Committee and is a member of the Standards Development Task Group creating a standard for human-centered AV design. She has served on several nonprofit boards, including the Orange County United Way; the Girl Scouts of Orange County; St. Joseph Hoag Health; and Mission Hospital. Perrine has a doctorate in Organizational Leadership from Pepperdine University.

Adams began his career as a teaching assistant in film at his alma mater Michigan State University. But before continuing his career in film, he spent two years serving in the U.S. Army during the Vietnam War. Following his service, Adams – who has a love for traveling — worked on a documentary series in conjunction with Michigan State University and National Iranian Radio Television (NIRT). Adams was a filmmaker for Ford Motor Company from 1975 to 1977 and continued his career as a freelance union cameraman from 1977 until he retired in 2002. Adams then became increasingly involved in labor activism, working for the American Federation of Teachers. In 2005, Adams settled into his second career as an IATSE International Representative — working to protect and serve entertainment industry workers just like him.

Becher has more than 30 years of engineering experience in audiovisual display and processing equipment. During her career, she has managed local and regional levels of operations, quality assurance, and employee and customer training. Becher is currently pursuing a master’s degree in Management of Technology at The University of Texas at San Antonio.

Melissa Ross is considered to be the most-certified person in AV. She is an HDBT Master Installer and holds certifications in Networked AV Design and Commissioning, Crestron DMCD-4K, AutoCAD 3D, Revit, and many more. She is also a member of the AVIXA standard’s subject matter expert group and holds a bachelor’s degree in structural engineering from North Carolina State University.

McChesney has a strong academic background – a bachelor’s degree in Electronic Media in Art and Technology from the University of Tampa and a Master of Entertainment Technology degree from Carnegie Mellon University. As an Experience Technology Consultant for Electrosonic, he works with clients to understand their requirements and translate them into a technology solution, coordinating the right experts and working closely with all stakeholders. He leads some of Electrosonic’s most iconic, award-winning projects and pushes the boundaries of experiential technology.

Joe Kleimanhttp://wwww.themedreality.com
Raised in San Diego on theme parks, zoos, and IMAX films, InPark's Senior Correspondent Joe Kleiman would expand his childhood loves into two decades as a projectionist and theater director within the giant screen industry. In addition to his work in commercial and museum operations, Joe has volunteered his time to animal husbandry at leading facilities in California and Texas and has played a leading management role for a number of performing arts companies. Joe previously served as News Editor and has remained a contributing author to InPark Magazine since 2011. HIs writing has also appeared in Sound & Communications, LF Examiner, Jim Hill Media, The Planetarian, Behind the Thrills, and MiceChat His blog, ThemedReality.com takes an unconventional look at the attractions industry. Follow on twitter @ThemesRenewed Joe lives in Sacramento, California with his wife, dog, and a ghost.
Share
Facebook
Twitter
Linkedin
Email
Print
WhatsApp
Pinterest
ReddIt
Tumblr
Previous articleIAAPA launches inaugural IAAPA Virtual Expo: Asia
Next articleLive-stream views now available from top of St Louis’ iconic Gateway Arch