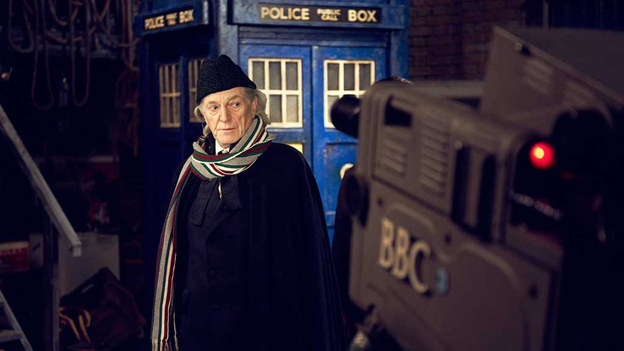 [quote]It is outstanding to be working with a globally recognised brand with such a rich, respected history. We see London Paramount as a pioneer in the delivery of an outstanding partnership entertainment experience.” — Mike Bartok, Executive Vice President Parks & Resorts, Paramount Pictures[/quote]

London, UK (December 10, 2014) — A landmark agreement has been struck today that could see some of BBC Worldwide’s biggest brands feature prominently in a new entertainment resort near London supported by leading Hollywood studio Paramount Pictures.

London Resort Company Holdings (LRCH), the company behind the multi-billion pound London Paramount Entertainment Resort in North Kent, has signed a Development Agreement with the commercial arm of the BBC to feature their intellectual property at the resort alongside leading Hollywood studio Paramount Pictures.

The partnership agreement would mean that some of the best loved and celebrated programmes and characters to appear on British TV and radio in recent decades could be brought to life at a new world-class entertainment destination.

The Development Agreement is the first step towards a formal partnership between BBC Worldwide and the London Paramount Entertainment Resort, which is currently earmarked for an Easter 2020 opening date. LRCH already has a separate agreement in place with Paramount Pictures, the oldest major Hollywood studio in existence, which will allow the resort to access over 3,000 films including iconic movies such as Mission: Impossible, Star Trek, The Godfather and The Italian Job.

“We are delighted to bring the world’s leading public service broadcaster on board this project. The BBC has played an instrumental role in shaping the British entertainment industry for nearly a century, creating some of the most iconic and cherished characters on TV and radio. It seems only right therefore that its programmes will be present at the new London Paramount Entertainment Resort, which will combine the glamour of Hollywood with the best of British culture.”

“We’re always looking for opportunities to extend fans’ enjoyment of their favourite shows and the idea behind this resort is a really exciting way of celebrating the very special place the BBC has in British culture.”

Joe Kleimanhttp://wwww.themedreality.com
Raised in San Diego on theme parks, zoos, and IMAX films, InPark's Senior Correspondent Joe Kleiman would expand his childhood loves into two decades as a projectionist and theater director within the giant screen industry. In addition to his work in commercial and museum operations, Joe has volunteered his time to animal husbandry at leading facilities in California and Texas and has played a leading management role for a number of performing arts companies. Joe previously served as News Editor and has remained a contributing author to InPark Magazine since 2011. HIs writing has also appeared in Sound & Communications, LF Examiner, Jim Hill Media, The Planetarian, Behind the Thrills, and MiceChat His blog, ThemedReality.com takes an unconventional look at the attractions industry. Follow on twitter @ThemesRenewed Joe lives in Sacramento, California with his wife, dog, and a ghost.
Share
Facebook
Twitter
Linkedin
Email
Print
WhatsApp
Pinterest
ReddIt
Tumblr
Previous articleDisney California Adventure Gets Frozen Over
Next articleSeaWorld’s Jim Atchison Stepping Down as CEO and President, Company Has Launched Search for Replacement