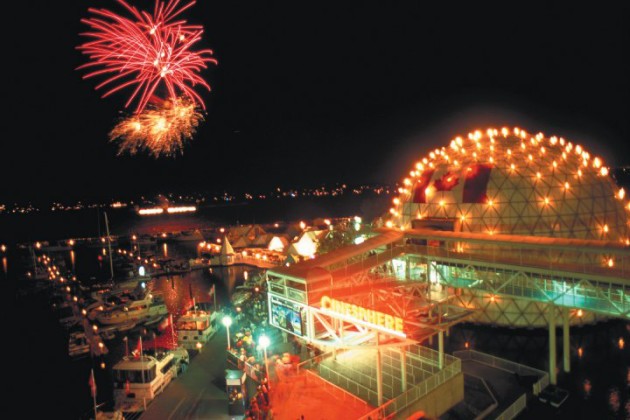 Paris, France (January 28, 2016) — On January 25, the Toronto Region Board of Trade held a conference to discuss the importance of World Expos as well as the planning for a World Expo 2025 bid.

Bureau International des Expositions (BIE) Secretary General, Vicente G. Loscertales attended the conference to deliver a keynote address and to participate on a panel discussion about the power of Expos to transform cities. The BIE Secretary General also met with representatives of both the Provincial and Federal Governments to discuss Canada’s membership to the BIE.

In 2014, a feasibility study conducted for Toronto’s city council projected Expo 2025 would create 190,000 jobs, generate CA$5.4 billion new tax revenues and spark CA$15.5 billion in economic activity, with more than half of it in the Greater Toronto Area.

Mayor John Tory granted that “events of a global scale, like the Expos overseen by the BIE, help accelerate economic development and engage the more than 6 million Canadians living in the Greater Toronto Area in a unique, world-class experience”.

Canada already hosted two successful Expos in the past, World Expo ’67 in Montréal and the International Expo ’86 in Vancouver. No North American city has hosted the World Expo ever since.

In accordance with the Regulations of the BIE, the Government of a State wishing to organise a World Expo, can only submit its candidature a maximum of nine years and a minimum of six years before the opening date of that Expo, but once a candidate files its bid to the BIE for an Expo, the other candidates have a maximum of six-month to state their intention to compete for the same World Expo.

Toronto is the most populous city in Canada, the provincial capital of Ontario and widely recognized as one of the most cosmopolitan cities in the world. In 2015 Toronto successfully hosted the Pan and the Para Pan American Games, which became the largest multi-sport event to be held in Canada.

Joe Kleimanhttp://wwww.themedreality.com
Raised in San Diego on theme parks, zoos, and IMAX films, Joe Kleiman would expand his childhood loves into two decades as a projectionist and theater director within the giant screen industry. In addition to his work in commercial and museum operations, Joe has volunteered his time to animal husbandry at leading facilities in California and Texas and has played a leading management role for a number of performing arts companies. Joe has been News Editor and contributing author to InPark Magazine since 2011. HIs writing has also appeared in Sound & Communications, LF Examiner, Jim Hill Media, and MiceChat. His blog, ThemedReality.com takes an unconventional look at the attractions industry. Follow on twitter @ThemesRenewed Joe lives in Sacramento, California with his fiancé, two dogs, and a ghost.
Share
Facebook
Twitter
Linkedin
Email
Print
WhatsApp
Pinterest
ReddIt
Tumblr
Previous articleNew Large Scale Marine Life Park Announced for China’s Hunan Province
Next articleFirst Shuttle Carrier Aircraft Becomes Exhibit at Space Center Houston