BIG & DIGITAL Signs Exclusive Distribution of “AWAKE: The Life of Yoganada” to Museums and Stand-Alone Attractions 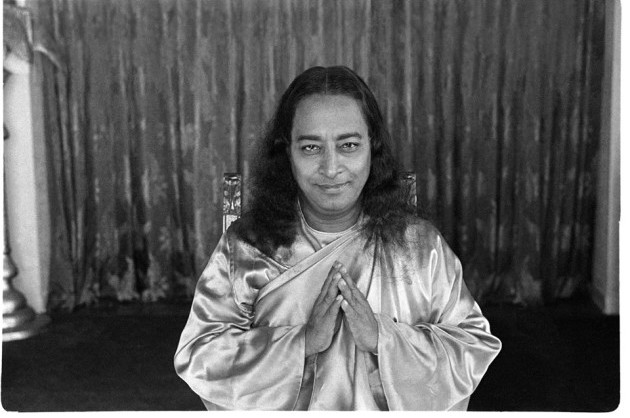 Las Vegas, NV, USA — BIG & Digital, LLC has announced an agreement with Self-Realization Fellowship for exclusive distribution of the highly acclaimed feature documentary AWAKE: The Life of Yogananda to museums and stand-alone attractions.

Winner of several Audience Awards at film festivals, AWAKE: The Life of Yogananda is an unconventional docu-biography about Paramahansa Yogananda, the East Indian mystic who brought yoga and meditation to the West in the 1920s and who authored the spiritual classic Autobiography of a Yogi, which has sold millions of copies worldwide. The feature documentary, filmed by award-winning and Oscar nominated filmmakers, includes interviews with George Harrison, Ravi Shankar, Krishna Das, Deepak Chopra, Russell Simmons, and others.

Hailed as a “compelling story” by The New York Times and “engrossing and informative” by the Village Voice, the film explores the scientific and spiritual sides of Yoga and the links between East and West. It also delves into such topics as neuroplasticity, energy and matter, and consciousness. Footage includes stylized interviews, metaphoric imagery, and recreations, taking the viewer from holy pilgrimages in India to Harvard’s Divinity School and its cutting-edge physics labs, from the Center for Science and Spirituality at the University of Pennsylvania to the Chopra Center in Carlsbad, California. By evoking the journey of the soul as it pushes its way through the oppression of the ego and delusion of the material world, the film creates an experiential immersion into the unseen realms.

The directing duo behind this project is documentary filmmakers Paola Di Florio (Speaking in Strings, Home of the Brave) and Lisa Leeman (One Lucky Elephant, Crazy Wisdom). “A film like AWAKE suddenly felt urgent to me, states di Florio. “I was interested in finding meaning at the place where science and spirituality converge.”

Leeman describes her attraction to the material: “I was intrigued to explore more deeply how a biography of a meditation master could convey Eastern teachings in a visceral, cinematic way, reachingbeyond intellect to create an experimental film – to become more than a biography.”

According to Tina Ratterman, president of BIG & Digital, “A film like this is a great opportunity for venues to program their screens with content that connects with audiences in new ways. AWAKE has been very successful in art-house cinema, and we believe the audience that traditionally visits museums will appreciate the opportunity to see this one-of-a-kind film.” The run time of the film is 87 minutes, and it is currently in theatrical release in cities across America. It is available through BIG & Digital in 2K Digital Cinema Package (DCP) and Blu-ray.

For more information and to request a screener, please contact BIG & Digital at 702-932-4045 or email Tina Ratterman at [email protected]

Joe Kleimanhttp://wwww.themedreality.com
Raised in San Diego on theme parks, zoos, and IMAX films, Joe Kleiman would expand his childhood loves into two decades as a projectionist and theater director within the giant screen industry. In addition to his work in commercial and museum operations, Joe has volunteered his time to animal husbandry at leading facilities in California and Texas and has played a leading management role for a number of performing arts companies. Joe has been News Editor and contributing author to InPark Magazine since 2011. HIs writing has also appeared in Sound & Communications, LF Examiner, Jim Hill Media, and MiceChat. His blog, ThemedReality.com takes an unconventional look at the attractions industry. Follow on twitter @ThemesRenewed Joe lives in Sacramento, California with his fiancé, two dogs, and a ghost.
Share
Facebook
Twitter
Linkedin
Email
Print
WhatsApp
Pinterest
ReddIt
Tumblr
Previous articleDisney Parks Chairman Tom Staggs Named Chief Operating Officer of The Walt Disney Company
Next articleMedialon to Exhibit at ISE 2015 with Comm-Tec