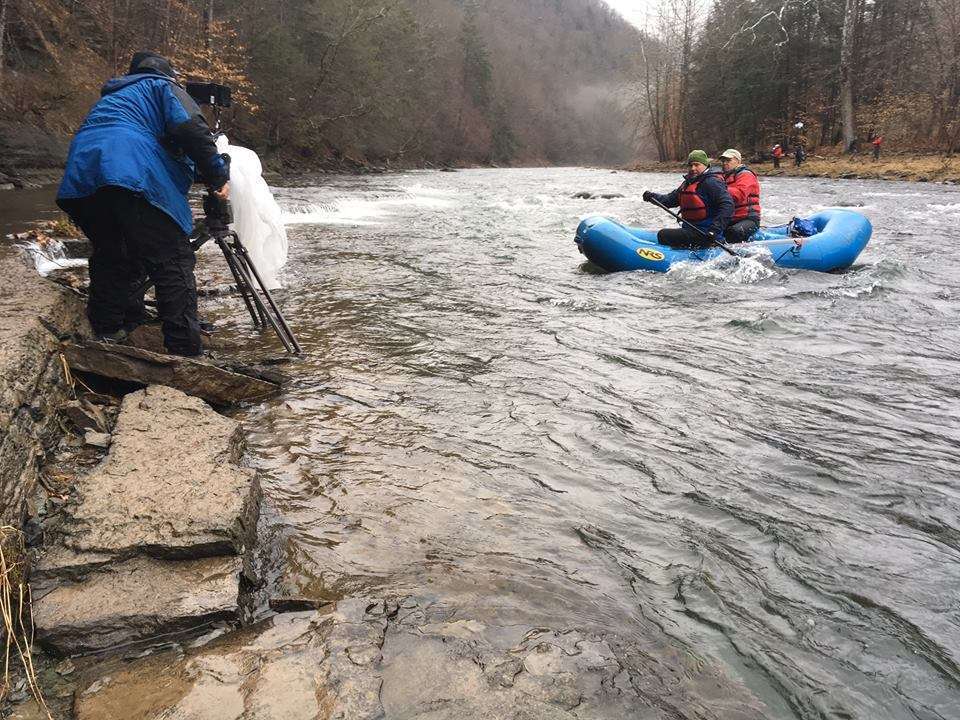 BIG & Digital has announced that they are the official distributor of Expedition Chesapeake, A Journey of Discovery, a new film produced by Whitaker Center Productions in association with VIA Studios Global.

Shot in 8K resolution for the Giant Screen by industry veteran cinematographer, James Neihouse, audiences will experience an epic journey through streams, rivers, forests and marshlands learning about the critical challenges facing watersheds across the globe and meet a few of the individuals dedicated to making a real difference in the future of this vital resource.

From swimming with giant hellbenders and energetic river otters, to exploring waters that span from upstate New York to lower Virginia, Expedition Chesapeake will forever change the way audiences look at the Chesapeake Bay watershed and the species that call it home.

Developed in partnership with a team of world-class scientists, educators and conservationists, this powerful and immersive film encourages audiences to appreciate the value of this watershed and dozens like it around the world. Expedition Chesapeake will educate and inspire people everywhere to take the necessary steps to support long-term conservation efforts within their communities and fight for the future of the watershed in their backyards.

“From the early days of this project, we have been amazed by the genuine interest and enthusiastic support we have received for the film,” Producer Michael Hanes explained. “Scientists, educators and conservationists have volunteered their time and their expertise to help an award-winning production team bring this fascinating story to the Giant Screen. We’re delighted to partner with BIG & Digital for world-wide distribution of the film.”

“This is such an important topic for people not just in the states located around the Bay, but across the world. This film’s stunning cinematography and fascinating journey led by Jeff Corwin will delight the family audience of museums,” said Tina Ratterman, President of BIG & Digital. “We’re excited to be distributing this new film for release on the Giant Screen.”

BIG & Digital has worldwide distribution rights of all formats. Release formats include IMAX® Digital and Laser and DCI-Compliant 4K DCP.

Joe Kleimanhttp://wwww.themedreality.com
Raised in San Diego on theme parks, zoos, and IMAX films, InPark's Senior Correspondent Joe Kleiman would expand his childhood loves into two decades as a projectionist and theater director within the giant screen industry. In addition to his work in commercial and museum operations, Joe has volunteered his time to animal husbandry at leading facilities in California and Texas and has played a leading management role for a number of performing arts companies. Joe previously served as News Editor and has remained a contributing author to InPark Magazine since 2011. HIs writing has also appeared in Sound & Communications, LF Examiner, Jim Hill Media, The Planetarian, Behind the Thrills, and MiceChat His blog, ThemedReality.com takes an unconventional look at the attractions industry. Follow on twitter @ThemesRenewed Joe lives in Sacramento, California with his wife, dog, and a ghost.
Share
Facebook
Twitter
Linkedin
Email
Print
WhatsApp
Pinterest
ReddIt
Tumblr
Previous articlePolin sponsors “We’re Overcoming the Barriers on the Ice Rink” event in Istanbul
Next articleAlcorn McBride and Birket Engineering partner on inThrall AR caption system