Steve Birket Elected Next International Board President of the TEA 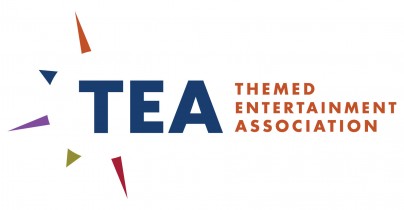 [quote]There has never been a more exciting time for TEA.  The number of themed entertainment projects in development has never been greater, and the world looks to our industry for solutions. Growth, technology, and creativity make the possibilities boundless.” — Steve Birket[/quote] 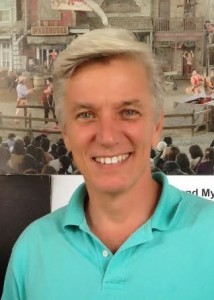 Burbank, CA, USA (May 14, 2014) — The Themed Entertainment Association (TEA) today announced that its next International Board President will be Steve Birket, PE, of Birket Engineering. Birket officially became TEA President-Elect by a unanimous vote of the Board on May 13. In November, he will succeed sitting President Christine Kerr of BaAM Productions in the position.

Steve Birket has been active within TEA for more than 10 years, and part of the leadership since 2006, serving with the TEA Eastern Division Board two years as Secretary and two years as President, and then stepping up in 2010 to the TEA International Board, where he currently serves as Treasurer.

As Director of Birket Engineering, Steve is responsible for the company’s business development and industry relationships. Birket Engineering is a system integrator, designing and producing the hardware & software controlling some of the world’s best known rides & shows. Steve Birket has worked in themed entertainment since 1979 and has held project management, engineering, and entertainment positions at Universal Studios and The Walt Disney Company.

He holds an MBA from Rollins College and a Bachelor of Science in Electrical Engineering from the University of Central Florida. He is licensed as a Florida Professional Engineer and Florida Limited Energy Systems Specialist, and as an FAA Private Pilot.

Says Christine Kerr, “Steve Birket is ideally suited to be TEA’s next President and take a larger role in helping steer the organization on its current path of growth and international expansion. Steve and his company are part of the fabric of our global community. He has been very active in the Asia-Pacific region, where our industry is growing the fastest. His knowledge and experience of visitor attractions is wide-ranging, including the entertainment and cultural sectors, museums, large scale show installations, and theatrical production. As a business development professional, he understands TEA’s directive to serve the needs of membership. In addition, he is universally liked. His calm demeanor and engaging personality will serve us well as he takes on the challenges of leading TEA.”

Steve Birket, TEA President-Elect and Jennie Nevin, TEA COO, along with many other TEA members, will attend the IAAPA Asian Attractions Expo in Beijing June 18-20; TEA and the TEA Asia Pacific Division will exhibit and hold a reception there.

Joe Kleimanhttp://wwww.themedreality.com
Raised in San Diego on theme parks, zoos, and IMAX films, InPark's Senior Correspondent Joe Kleiman would expand his childhood loves into two decades as a projectionist and theater director within the giant screen industry. In addition to his work in commercial and museum operations, Joe has volunteered his time to animal husbandry at leading facilities in California and Texas and has played a leading management role for a number of performing arts companies. Joe previously served as News Editor and has remained a contributing author to InPark Magazine since 2011. HIs writing has also appeared in Sound & Communications, LF Examiner, Jim Hill Media, The Planetarian, Behind the Thrills, and MiceChat His blog, ThemedReality.com takes an unconventional look at the attractions industry. Follow on twitter @ThemesRenewed Joe lives in Sacramento, California with his wife, dog, and a ghost.
Share
Facebook
Twitter
Linkedin
Email
Print
WhatsApp
Pinterest
ReddIt
Tumblr
Previous articleVIDEO: Cattle Dogs Wrangle Elephants at Pittsburgh Zoo
Next articleBREAKING NEWS: LEGOLAND California Resort Evacuated Due to Wildfires