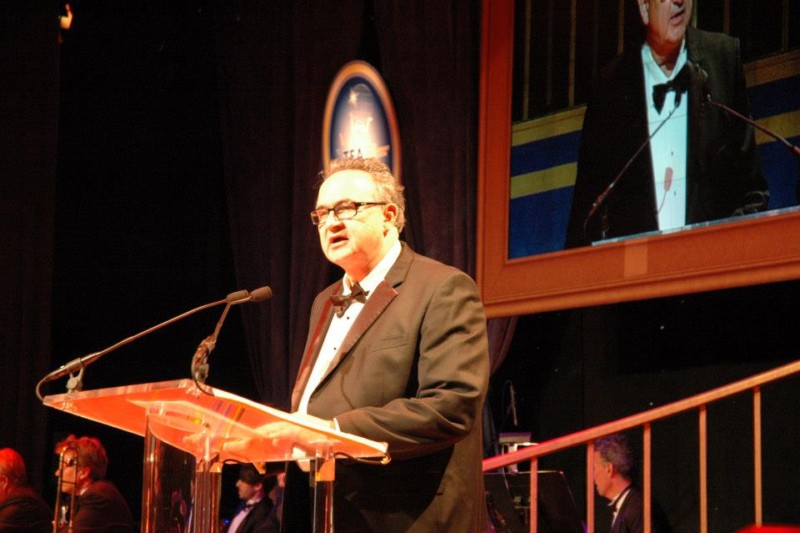 Burbank, CA, USA (July 18, 2014) — The Academy of Motion Picture Arts and Sciences (The Oscars) announced that Bob Rogers, Founder and Chairman of BRC Imagination Arts, has been elected to their Board of Governors.  The Academy’s Board of Governors is their equivalent of a Board of Directors, bearing the ultimate responsibility for and authority over the corporate management of the Academy and its general policies.

Bob Rogers was one of 5 first-time members elected by his industry peers to help govern the Academy.  Other current Governors include Annette Bening, Tom Hanks, Ed Begley, Jr., Kathleen Kennedy and other film industry leaders.  Rogers will be one of three Governors representing the Short Films and Feature Animation Branch of the Academy.  He takes the place of outgoing Governor John Lasseter, Chief Creative Officer of Pixar Animation Studios and Walt Disney Animation Studios, and Principal Creative Advisor to Walt Disney Imagineering.

“I’ve always wanted to start a speech with the words, ‘I’d like to thank the Academy for this great honor,’” quipped Rogers.  Rogers was twice nominated for Oscars, for short films he produced and directed.

Rogers was previously honored with:

Bob Rogers is the Founder and Chairman of BRC Imagination Arts. For over three decades, BRC Imagination Arts has been creating Experiences That Matter – designing and producing premium brand experiences, world expo pavilions, museums, and attractions that engage, inspire and entertain millions of visitors all over the world. BRC has collaborated with some of the world’s foremost brands, including Coca-Cola, Disney, Universal Studios, the Ford Motor Company, Heineken, Bacardi, China Mobile, Guinness, Nickelodeon, Volkswagen and more.A significant portion of this work is film/media-based, including both animation and live action.

Joe Kleimanhttp://wwww.themedreality.com
Raised in San Diego on theme parks, zoos, and IMAX films, InPark's Senior Correspondent Joe Kleiman would expand his childhood loves into two decades as a projectionist and theater director within the giant screen industry. In addition to his work in commercial and museum operations, Joe has volunteered his time to animal husbandry at leading facilities in California and Texas and has played a leading management role for a number of performing arts companies. Joe previously served as News Editor and has remained a contributing author to InPark Magazine since 2011. HIs writing has also appeared in Sound & Communications, LF Examiner, Jim Hill Media, The Planetarian, Behind the Thrills, and MiceChat His blog, ThemedReality.com takes an unconventional look at the attractions industry. Follow on twitter @ThemesRenewed Joe lives in Sacramento, California with his wife, dog, and a ghost.
Share
Facebook
Twitter
Linkedin
Email
Print
WhatsApp
Pinterest
ReddIt
Tumblr
Previous articleTechnomedia Designs $1.8 Million Projection Mapping Show for St Louis Union Station
Next articleInternational Film Sensation Daniel Wu Walks the Red Carpet at Madame Tussaauds Hong Kong