Jim Bowie has announced that he will step down as CEO at the end of June-his 30th anniversary with the company.   He will remain engaged with the company as a senior adviser to the Board of Electrosonic Group. 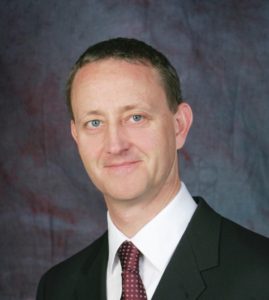 Bowie joined Electrosonic’s London headquarters as an engineer in 1987 and moved to the US in 1992 to open the company’s California flagship office. He was responsible for some of Electrosonic’s signature technical achievements in the theme park industry; he negotiated the sale of the product R&D division to Extron; and led the company through years of profitability as President/CEO. Bowie initiated Electrosonic’s pioneering apprenticeship program in 2009.

“We’re coming off an exceptional year in 2016, with a great backlog for 2017,” Bowie says. “We have a very strong foundation, a very powerful leadership team, and a lot of talent, including young talent, which is so gratifying. I’m looking forward to seeing what the team will achieve in this next chapter of the Electrosonic story.”

Robert Simpson, Founder and Director Emeritus of Electrosonic, says “Jim has made major contributions to the progress of Electrosonic, but what I appreciate most is both his loyalty to the company and the spirit of enterprise he brought to the business, following the approach that we took when Electrosonic started.”

Bryan Hinckley will be promoted to President of Electrosonic Inc. and Sarah Joyce will continue her role as Managing Director of Electrosonic Limited. Executive Chairman of the Board Steve Leyland will lead the worldwide group until a new CEO is appointed.

Electrosonic celebrated its 50th anniversary in 2014.

Joe Kleimanhttp://wwww.themedreality.com
Raised in San Diego on theme parks, zoos, and IMAX films, Joe Kleiman would expand his childhood loves into two decades as a projectionist and theater director within the giant screen industry. In addition to his work in commercial and museum operations, Joe has volunteered his time to animal husbandry at leading facilities in California and Texas and has played a leading management role for a number of performing arts companies. Joe has been News Editor and contributing author to InPark Magazine since 2011. HIs writing has also appeared in Sound & Communications, LF Examiner, Jim Hill Media, and MiceChat. His blog, ThemedReality.com takes an unconventional look at the attractions industry. Follow on twitter @ThemesRenewed Joe lives in Sacramento, California with his fiancé, two dogs, and a ghost.
Share
Facebook
Twitter
Linkedin
Email
Print
WhatsApp
Pinterest
ReddIt
Tumblr
Previous articlePremier Rides Brings the “Hype” to Finland’s Särkänniemi
Next articleEmotion Media Factory Creating Nighttime Spectacular for Hainan’s Ocean Flower Island