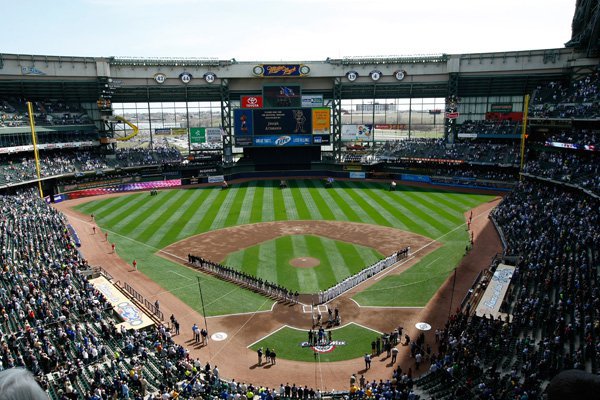 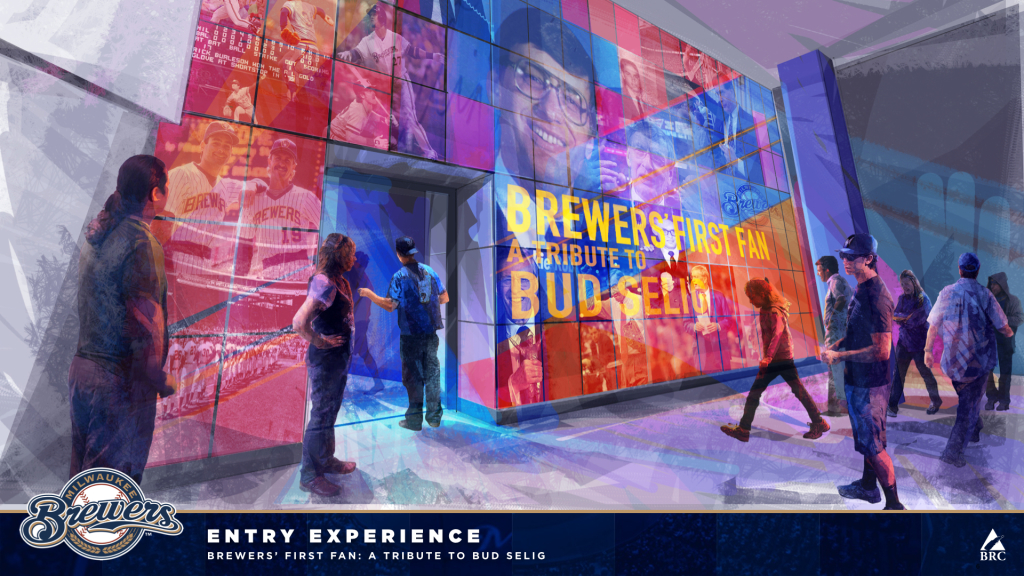 Known as the “Selig Experience,” the exhibit will be located on Miller Park’s Loge Level in the left field corner. A highlight of the attraction will be a multimedia presentation that tells the story of Selig’s role in saving Major League Baseball in Milwaukee, his successful efforts to bring the Brewers to the city, and his tireless efforts to promote and grow the game in his hometown.

Miller Park already is known as a premiere destination for baseball fans, and the Selig Experience will take that to the next level. It will serve as a year-round attraction, adding another extraordinary enhancement to the overall fan experience. 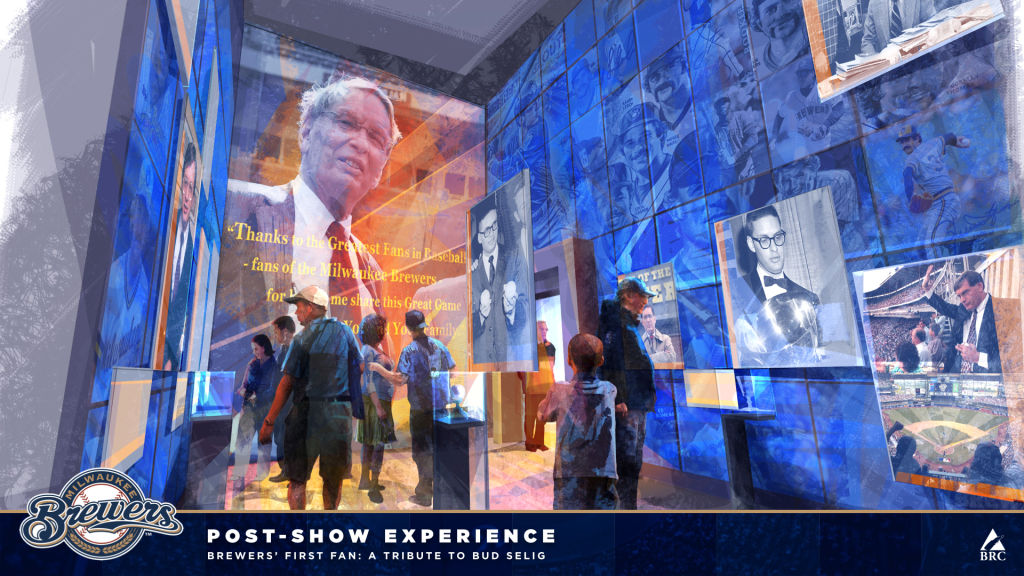 “Commissioner Selig is the one person who ensured that the city of Milwaukee would continue as a Major League city, even when virtually all others had lost hope,” said Brewers Chief Operating Officer Rick Schlesinger. “We want to mark his legacy with much more than a museum, and we believe the Selig Experience will tell his story in one of the most unique fan attractions in all of sports.”

The exhibition space totals approximately 1,400 square feet, and will include authentic artifacts from Selig’s tenure as the Brewers owner. It will celebrate the fans’ love of the game, as told through the story of the Brewers founder. 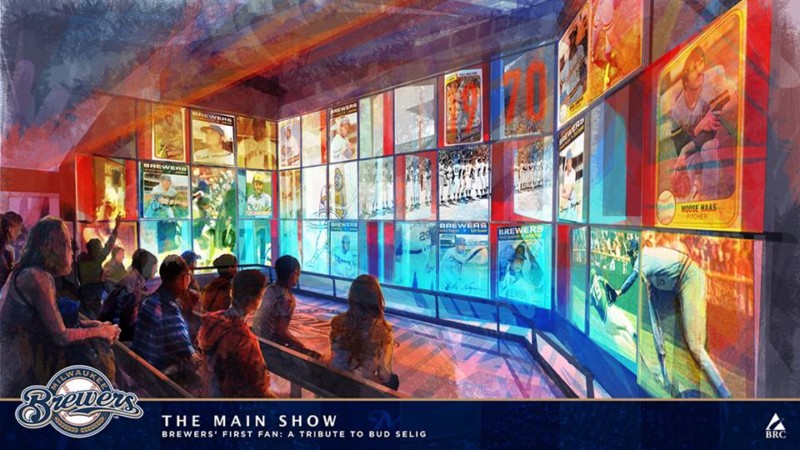 The main multimedia show builds to a surprising 3D encounter with the Commissioner himself inside an authentic reproduction of Selig’s County Stadium office, using a technology found in only a handful of exhibits around the world. After the show, Milwaukee fans will be delighted to take a sneak peek into Selig’s office for themselves.

The design and production of the Selig Experience is being led by BRC Imagination Arts, an experience design agency that turns brands into destinations. For more than three decades, its masterful storytellers have been chosen by iconic brands and cultural attractions all over the world to inspire and engage their audiences.

“This exhibit is as much a celebration of the passionate Milwaukee Brewers fans as it is an homage to Commissioner Selig,” said Brad Shelton, Creative Director at BRC Imagination Arts. “We’re telling an emotional story of how the Brewers’ first fan brought professional baseball back to his friends and neighbors. Whether they take a quick tour between innings or spend more time examining every detail, this is an immersive experience that no Brewers fan will forget.” 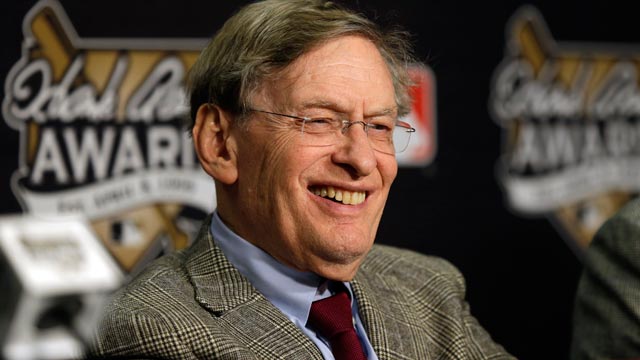 Selig’s dedication to baseball has paralleled his love of his hometown of Milwaukee. His first significant move as an executive was to return Major League Baseball to Milwaukee in 1970, when he founded the Milwaukee Brewers. In its first decade, the Brewers featured some of the great teams of that era, which eventually led to an American League pennant and World Series appearance in 1982.

During his tenure as Brewers owner, Selig earned United Press International’s 1978 Executive of the Year  award, and the franchise was honored with seven “Organization of the Year” awards.

In the 1990s, Selig began his efforts to build a new ballpark in Milwaukee to replace the aging County Stadium, and Miller Park opened for its first season of play in 2001. 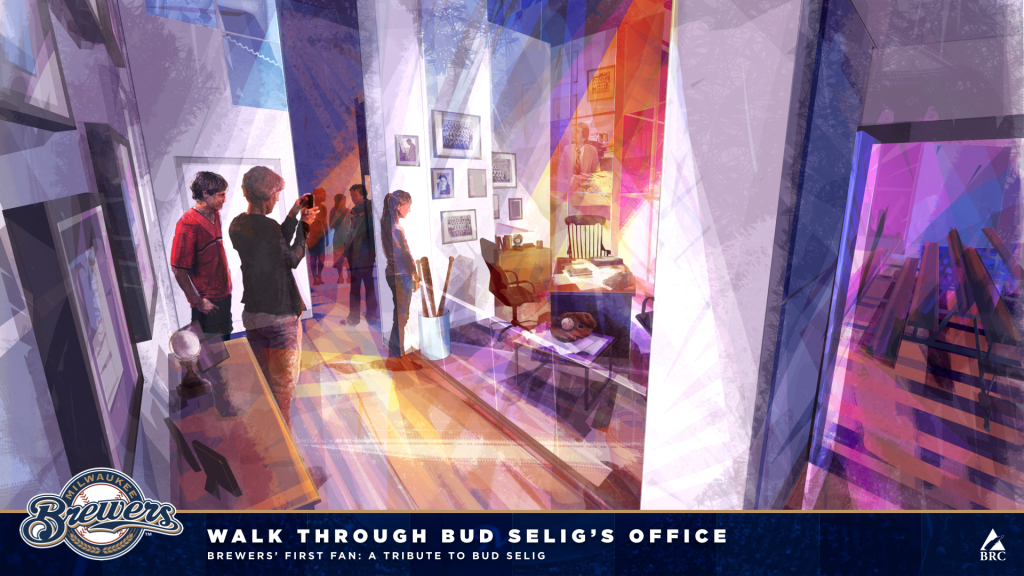 “I am humbled that the Brewers will chronicle the remarkable journey of the franchise through a fan experience at Miller Park named in my honor,” said Commissioner Selig. “The story of the Brewers revolves around the great sports fans of Milwaukee and Wisconsin, whose passion drove me to work toward bringing the National Pastime back to my hometown. Given my affinity for history, I believe this exhibit will illustrate the extraordinary sense of community that the Brewers have always inspired.”

Earlier this year, the Brewers also announced that the Club will retire uniform #1 in Selig’s honor, signifying his role as founder of the franchise. The retired number will be displayed in time for Opening Day. Additionally, he was honored with a statue at Miller Park, which was unveiled on August 24, 2010.

Uihlein-Wilson Architects is also contributing to the initial design of the space for the Selig Experience.

Joe Kleimanhttp://wwww.themedreality.com
Raised in San Diego on theme parks, zoos, and IMAX films, InPark's Senior Correspondent Joe Kleiman would expand his childhood loves into two decades as a projectionist and theater director within the giant screen industry. In addition to his work in commercial and museum operations, Joe has volunteered his time to animal husbandry at leading facilities in California and Texas and has played a leading management role for a number of performing arts companies. Joe previously served as News Editor and has remained a contributing author to InPark Magazine since 2011. HIs writing has also appeared in Sound & Communications, LF Examiner, Jim Hill Media, The Planetarian, Behind the Thrills, and MiceChat His blog, ThemedReality.com takes an unconventional look at the attractions industry. Follow on twitter @ThemesRenewed Joe lives in Sacramento, California with his wife, dog, and a ghost.
Share
Facebook
Twitter
Linkedin
Email
Print
WhatsApp
Pinterest
ReddIt
Tumblr
Previous articleCreative Works to Hold Two day Seminar on Laser Tag February 3-4 in Indianapolis
Next articleMy IAAPA diary: The 2014 Attractions Expo as seen by a young producer