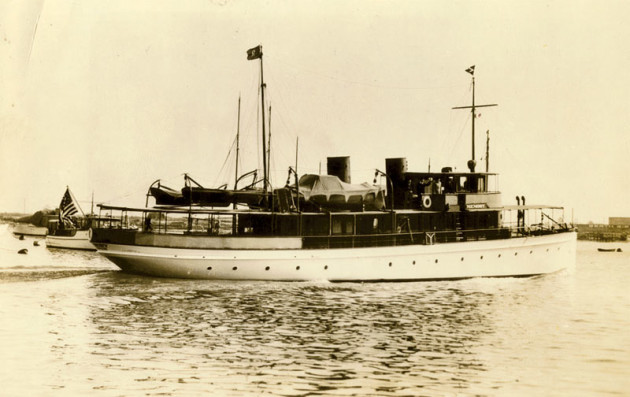 Los Angeles, CA, (June 4, 2015) – BRC Imagination Arts has been nominated for a Los Angeles Area Emmy Award in the category of PUBLIC, MUNICIPAL AND OPERATOR PRODUCED CABLE for “The Wedge: Dynasty, Tragedy, Legacy” which originally aired on PBS SoCaL.

“This is very unexpected and a complete thrill,” said BRC’s Chief Creative Officer, Bob Rogers who is also the on-camera host for the show. “BRC Imagination Arts is best known as an experience design agency that turns brands and subjects into destinations. Normally BRC conceives, designs, and makes emotionally evocative destinations for corporate visitor centers, museums and entertainment attractions. This was BRC’s very first venture into television. An LA Area Emmy nomination is very encouraging.” Rogers added, “We are very grateful and thankful for the collaboration and support from PBS SoCaL in making this possible.”

“This was a true collaboration. Everyone on our team was deeply moved by this historical tragedy of a great man laid low and his courageous response to adversity. We wanted to communicate this emotional connection to this remarkable true story…” stated R.H. Greene, one of the producers on the project.

“The Wedge: Dynasty, Tragedy, Legacy” tells the story of a young heir to a dynasty, who makes a tragic mistake that forever changes a family, a community and the sport of surfing. This historic family tragedy indirectly created one of California’s most notorious surfing spots, The Wedge, in Newport Beach.

The winners will be announced at the 67th Los Angeles Area Emmy Awards presentation on Saturday evening, July 25th, 2015 at the Skirball Cultural Center. There is a total of 156 nominations across 46 categories. Los Angeles Area nominees were selected by national active and Los Angeles Area Peer Group active members within the Television Academy.

Joe Kleimanhttp://wwww.themedreality.com
Raised in San Diego on theme parks, zoos, and IMAX films, Joe Kleiman would expand his childhood loves into two decades as a projectionist and theater director within the giant screen industry. In addition to his work in commercial and museum operations, Joe has volunteered his time to animal husbandry at leading facilities in California and Texas and has played a leading management role for a number of performing arts companies. Joe has been News Editor and contributing author to InPark Magazine since 2011. HIs writing has also appeared in Sound & Communications, LF Examiner, Jim Hill Media, and MiceChat. His blog, ThemedReality.com takes an unconventional look at the attractions industry. Follow on twitter @ThemesRenewed Joe lives in Sacramento, California with his fiancé, two dogs, and a ghost.
Share
Facebook
Twitter
Linkedin
Email
Print
WhatsApp
Pinterest
ReddIt
Tumblr
Previous articleThe Selig Experience brings Milwaukee baseball history to life
Next articleMedialon’s Overture to Make US Debut at InfoComm 2015