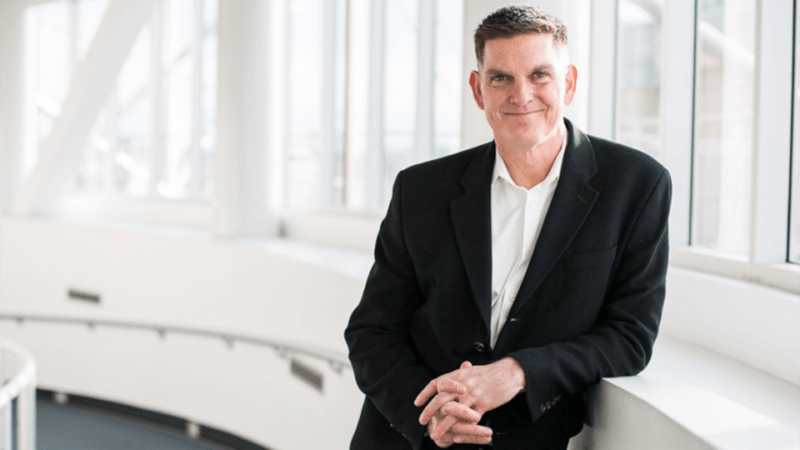 The California Academy of Sciences has appointed Scott D. Sampson, Ph.D.—a renowned paleontologist, passionate science communicator, and seasoned museum leader—to serve as the new Executive Director and William R. and Gretchen B. Kimball Chair. Following a comprehensive international search, the Academy’s Board of Trustees selected Dr. Sampson to lead the institution in its mission to explore, explain, and sustain life. Sampson is currently the President and CEO of Science World British Columbia, one of Canada’s premier science centers. He began his tenure at the Academy on September 3, 2019.

“Through its world-class scientific research and collections, its renowned aquarium, planetarium, and natural history museum, and its innovative science communication and education initiatives, the California Academy of Sciences is inspiring local and global communities to care for nature and take action for a sustainable future,” said Liebe Patterson, chair of the Academy’s Board of Trustees. “Dr. Sampson is uniquely qualified to build on the Academy’s proud legacy and successfully steer the institution during this exciting chapter in its 165-year history.” Sampson will succeed Jonathan Foley, Ph.D., who led the Academy for four years before taking a new role as the Executive Director of Project Drawdown.

To some, namely preschoolers and their parents, Sampson may be best known as “Dr. Scott the Paleontologist,” the on-air host for the Emmy-nominated PBS KIDS television series Dinosaur Train. Outside of this enthusiastic audience, however, Sampson is better known for his many other contributions to scientific research and public engagement. Among his peers in the scientific community, Sampson is highly regarded for his expertise on Late Cretaceous dinosaurs, from theropods in Madagascar to horned dinosaurs in North America. And in the museum community, Sampson is celebrated as a skilled organizational leader, a passionate advocate for connecting people to nature, and a champion for the critical role that collections-based scientific institutions like the Academy play in global efforts to understand and sustain life on Earth.

During his tenure at Science World British Columbia, Sampson has launched a suite of bold new programs designed to dramatically scale STEAM (Science, Technology, Engineering, Art/design & Math) literacy across the province and facilitate a more sustainable future. He has also focused on operating a sustainable, equitable institution. Over the past three years, the science center’s attendance and revenue have increased by 30%, and the institution has introduced a number of new initiatives aimed at increasing diversity, equity, and inclusion, including community access and engagement programs for underserved and Indigenous communities.

“Dr. Sampson’s commitment to inspiring a deeper appreciation for nature and increasing scientific literacy among diverse audiences coupled with his proven leadership record made him the ideal candidate to lead the Academy as it continues to expand its efforts to shape the science and issues that will determine our collective future,” said Dan Janney, Academy trustee and chair of the California Academy of Sciences Director Search Committee. “Dr. Sampson brings a unique blend of scientific credibility, compelling science communication skills, fundraising experience, and capacity for building partnerships to his role as executive director.”

Before joining Science World British Columbia in 2016, Sampson served as the Vice President of Research and Collections at the Denver Museum of Nature & Science and, prior to that, Chief Curator at the Natural History Museum of Utah. He has also worked as an independent museum and media consultant, advising on fundraising and exhibition design for clients including the American Museum of Natural History and the Oakland Museum of California. In addition to his role as a science advisor and host for Dinosaur Train, Sampson has extensive media and science communication experience, including as the science advisor and host of the four-part Discovery Channel series Dinosaur Planet and as the author of multiple books for general audiences, including: Dinosaur Odyssey: Fossil Threads in the Web of Life (University of California Press, 2009); How to Raise a Wild Child, a book aimed at helping parents, teachers, and others foster a deep connection with nature in children (Houghton Mifflin Harcourt, 2015); and You Can Be A Paleontologist, a book for young enthusiasts of dinosaurs, science, and nature (National Geographic, 2017).

“The California Academy of Sciences is a truly remarkable institution with world class research, exhibitions, and programs built on a deep and distinguished history,” says Sampson. “I am thrilled and honored to be joining the team, particularly at such a critical moment in our planet’s history. Now, more than ever before, nature and science museums are called upon to help move humanity, and all life on Earth, toward a thriving future. The Academy is ideally suited to play a pivotal role in this effort.”

Sampson has won numerous awards and honors, including the Public Service Award from the Geological Society of America, the Lifetime Legacy Award from Environmental Learning for Kids, and Time Magazine Canada’s “Who Defines the new Frontiers of Science” list. He also served as the National Ambassador for Nature Rocks, a global initiative of The Nature Conservancy aimed at inspiring families to explore nature.

“I am pleased to welcome Dr. Sampson to the City and County of San Francisco to lead the California Academy of Sciences,” said San Francisco Mayor London Breed. “Dr. Sampson’s experience in scientific research and his history of developing innovative initiatives that expose families and young people to the world of science will be exceptional assets for the Academy and our City. The Academy of Sciences provides an amazing educational experience for our families and our residents, and with its commitment to Museums for All, the Academy is helping to make San Francisco a more equitable City. Under Dr. Sampson’s leadership, I look forward to working with the Academy to ensure everyone has access to this incredible institution and to help promote a more sustainable future for our City and our planet.”

Joe Kleimanhttp://wwww.themedreality.com
Raised in San Diego on theme parks, zoos, and IMAX films, InPark's Senior Correspondent Joe Kleiman would expand his childhood loves into two decades as a projectionist and theater director within the giant screen industry. In addition to his work in commercial and museum operations, Joe has volunteered his time to animal husbandry at leading facilities in California and Texas and has played a leading management role for a number of performing arts companies. Joe previously served as News Editor and has remained a contributing author to InPark Magazine since 2011. HIs writing has also appeared in Sound & Communications, LF Examiner, Jim Hill Media, The Planetarian, Behind the Thrills, and MiceChat His blog, ThemedReality.com takes an unconventional look at the attractions industry. Follow on twitter @ThemesRenewed Joe lives in Sacramento, California with his wife, dog, and a ghost.
Share
Facebook
Twitter
Linkedin
Email
Print
WhatsApp
Pinterest
ReddIt
Tumblr
Previous articleEighteen models of Absolute Lumens PAR lamps available through Techni-Lux
Next articleDisney’s Paul Baribault named President and CEO of San Diego Zoo Global