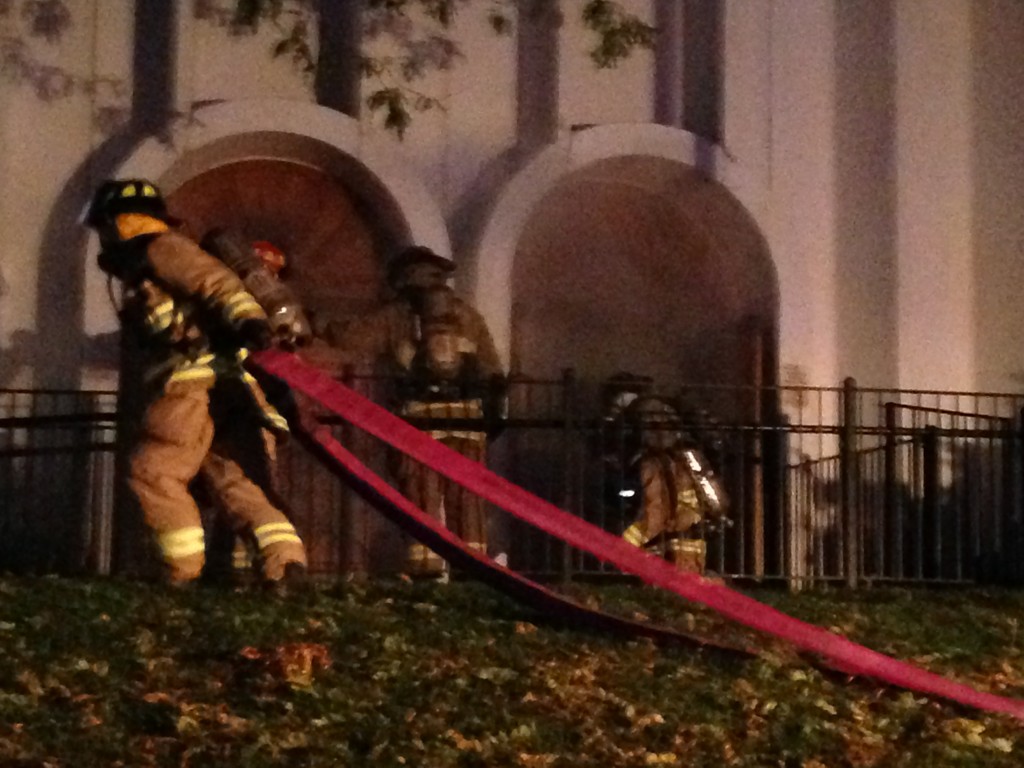 Shakopee, MN, USA — Since 1982, the IMAX has been a part of the Valleyfair Live Entertainment line-up with fun and educational movies on its larger than life screen.  On October 28 at 6:00pm, movies came to life when the historic park landmark became a site for fire and safety training drills by local firefighters.  Fire departments from Shakopee, Savage, and Prior Lake used fog machines to perform search and rescue drills inside the movie theater. 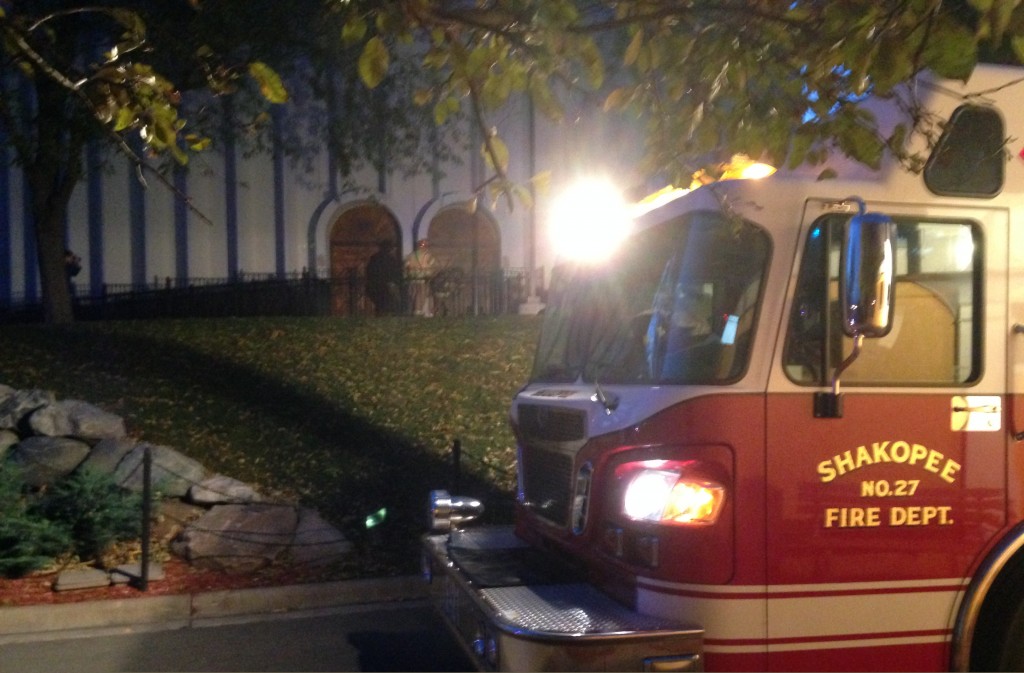 The drill began when a call was made that a fire had begun at the IMAX with possible bodies still inside.  Fire trucks entered the Park via the back entrance and stationed themselves around the IMAX.  Firefighters entered the building by forced entry and began searching through heavy fog for dummies and firefighter personnel acting as missing ushers and a projectionist.  Ladder trucks were also used on the north side of the building for roof operation rescues.  Several rotations of different crews happened throughout the night until 9:30pm.  This event was not open to the public, Valleyfair is closed to guests for the 2013 season.   The IMAX is scheduled for demolition within the next few weeks for future park expansions. 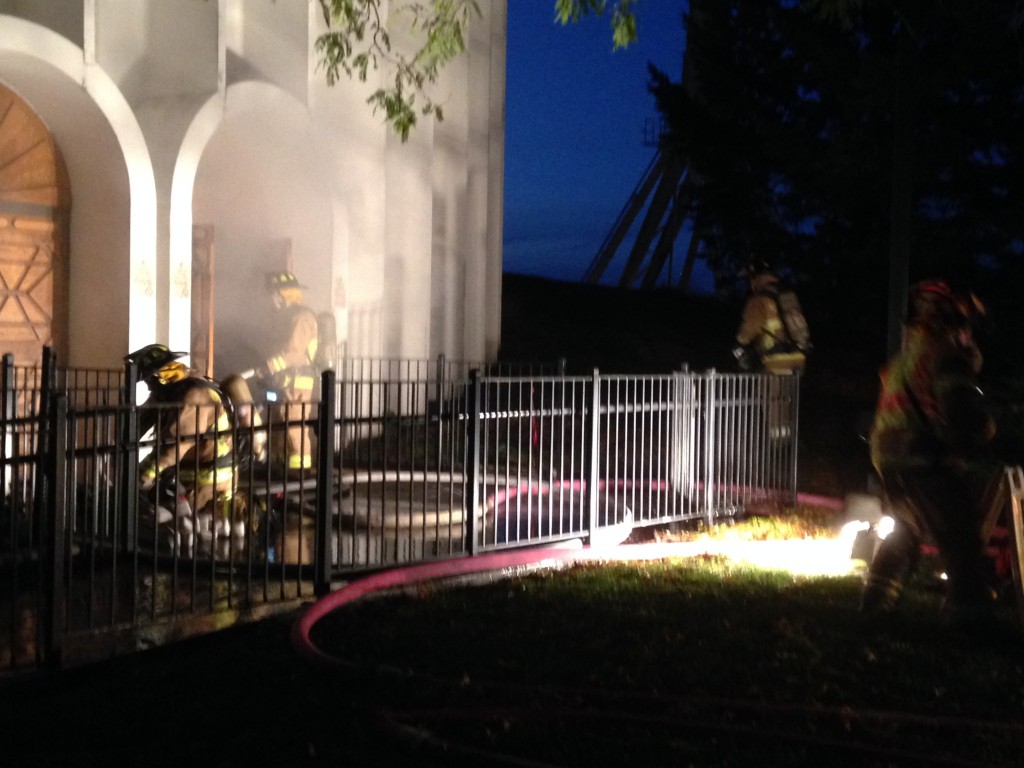 Joe Kleimanhttp://wwww.themedreality.com
Raised in San Diego on theme parks, zoos, and IMAX films, InPark's Senior Correspondent Joe Kleiman would expand his childhood loves into two decades as a projectionist and theater director within the giant screen industry. In addition to his work in commercial and museum operations, Joe has volunteered his time to animal husbandry at leading facilities in California and Texas and has played a leading management role for a number of performing arts companies. Joe previously served as News Editor and has remained a contributing author to InPark Magazine since 2011. HIs writing has also appeared in Sound & Communications, LF Examiner, Jim Hill Media, The Planetarian, Behind the Thrills, and MiceChat His blog, ThemedReality.com takes an unconventional look at the attractions industry. Follow on twitter @ThemesRenewed Joe lives in Sacramento, California with his wife, dog, and a ghost.
Share
Facebook
Twitter
Linkedin
Email
Print
WhatsApp
Pinterest
ReddIt
Tumblr
Previous article
Little People Come to Tampa’s Big Theme Park For Two Days of Shows
Next article
2013 IAAPA Attractions Expo to Be Biggest on Record