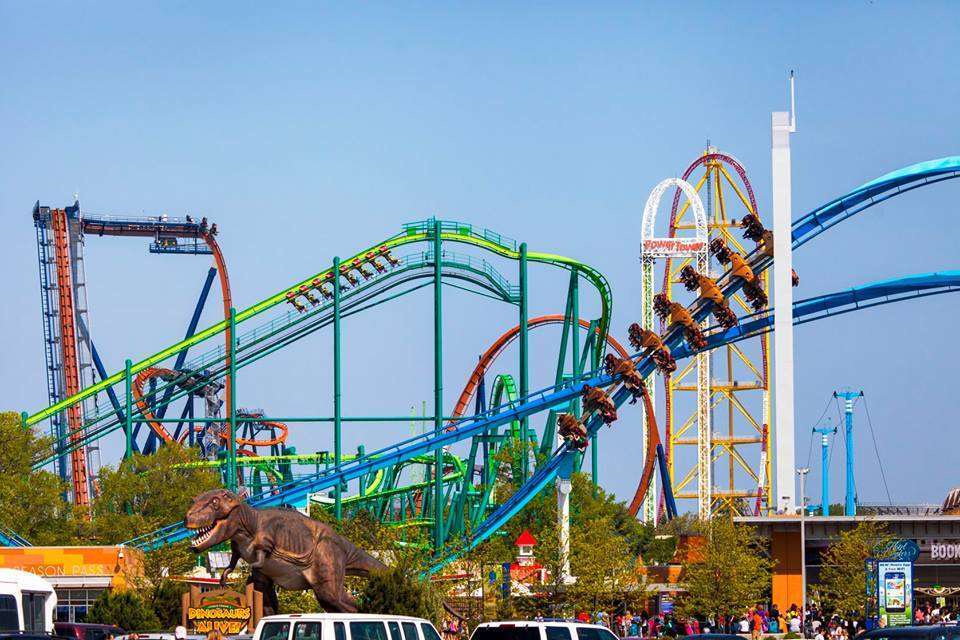 Cedar Fair’s President and CEO Richard Zimmerman said, “We came into this year with a clear focus on enhancing the guest experience and a business plan designed to drive additional attendance, especially in the second half of the year which includes the peak vacation months of July and August and the expansion of our WinterFest events in November and December. Although early-season attendance at our seasonal parks through this past weekend has not met our expectations, we are encouraged by the positive guest response to our new rides and attractions, in particular our new coasters Steel Vengeance at Cedar Point and Hang Time at Knott’s Berry Farm. We are also pleased with the growth of in-park guest spending where we are seeing year-over-year increases in food, merchandise and extra charge attractions.”

Zimmerman noted that the strong attendance and revenue trends that Knott’s Berry Farm produced in the first quarter have continued through the July 4th holiday weekend. He also added that Cedar Fair’s out-of-park revenues have continued to perform well. “Demand within our resort properties has been very strong, particularly at Cedar Point, where we recently opened a new 158-room tower at the historic Hotel Breakers located on the park’s mile-long beach,” he said. “We believe this demand will continue as advanced reservations at our resort accommodations for the second half of the year are up when compared with the same period in 2017. The expansion of our resort facilities will be a key driver of increased revenues over the long-term as we open additional hotels adjacent to Carowinds in Charlotte, North Carolina, in late 2019, and Canada’s Wonderland, near Toronto, in 2020.”

Virtually all of Cedar Fair’s revenues from its seasonal amusement parks and water parks are realized during a 130- to 140-day operating period beginning in early May, with the major portion concentrated in the peak vacation months of July and August. In addition, fourth-quarter revenues have grown in recent years with the introduction and expansion of popular events and activities such as Halloween-related attractions and WinterFest celebrations. Only Knott’s Berry Farm is open year-round and it operates at its highest level of attendance in the fiscal third quarter.

“We believe the positive guest response to our new attractions and offerings, as emphasized by this year’s high guest satisfaction ratings, combined with the continued growth in advance purchases and lengthened seasons at many of our parks, will provide the momentum needed to increase attendance and drive additional guest spending in the second half of the year,” added Zimmerman. He also noted that the Company anticipates 2018 full-year net revenues to be in the range of $1.34 billion and $1.38 billion, and full-year Adjusted EBITDA1 to be in the range of $475 million to $495 million.

“Although we’ve seen some early-season margin compression as a result of the attendance shortfalls and previously discussed labor cost pressure, our long-term strategy continues to produce a significant amount of free cash flow. As such, we remain committed to a steady 4% increase in our annual distribution rate going forward,” concluded Zimmerman.

The Company will provide additional information regarding net revenues, operating costs and cash flows when it announces second-quarter results on Wednesday, August 1, 2018.

1 Adjusted EBITDA represents earnings before interest, taxes, depreciation, amortization, other non-cash items, and adjustments as defined in the Amended 2017 Credit Agreement and the 2013 Credit Agreement. The Company believes Adjusted EBITDA is a meaningful measure as it is widely used by analysts, investors, and comparable companies in our industry to evaluate our operating performance on a consistent basis, as well as more easily compare our results with those of other companies in our industry. Further, management believes Adjusted EBITDA is a meaningful measure of park-level operating profitability and we use it for measuring returns on capital investments, evaluating potential acquisitions, determining awards under incentive compensation plans, and calculating compliance with certain loan covenants. Adjusted EBITDA is not intended to be a substitute for operating income, net income or cash flows from operating activities as defined under generally accepted accounting principles. In addition, Adjusted EBITDA may not be comparable to similarly titled measures of other companies. The Company is not reconciling Adjusted EBITDA guidance to Net Income, in reliance on the unreasonable efforts exception provided under Item 10(e)(1)(i)(B) of Regulation S-K. The Company is unable, without unreasonable efforts, to forecast certain individual items required to reconcile Adjusted EBITDA guidance with the most directly comparable GAAP financial measure (Net Income). These items include the net effect of swaps, non-cash foreign currency (gain) loss, as well as other non-cash and unusual items and other adjustments as defined under the Company’s debt agreements, which are difficult to predict in advance in order to include in a GAAP estimate.

Joe Kleimanhttp://wwww.themedreality.com
Raised in San Diego on theme parks, zoos, and IMAX films, Joe Kleiman would expand his childhood loves into two decades as a projectionist and theater director within the giant screen industry. In addition to his work in commercial and museum operations, Joe has volunteered his time to animal husbandry at leading facilities in California and Texas and has played a leading management role for a number of performing arts companies. Joe has been News Editor and contributing author to InPark Magazine since 2011. HIs writing has also appeared in Sound & Communications, LF Examiner, Jim Hill Media, and MiceChat. His blog, ThemedReality.com takes an unconventional look at the attractions industry. Follow on twitter @ThemesRenewed Joe lives in Sacramento, California with his fiancé, two dogs, and a ghost.
Share
Facebook
Twitter
Linkedin
Email
Print
WhatsApp
Pinterest
ReddIt
Tumblr
Previous articleSaudi Arabia conference enhanced and now in Dubai
Next articleYas indeed! Warner Bros World Abu Dhabi prepares for July 25 opening