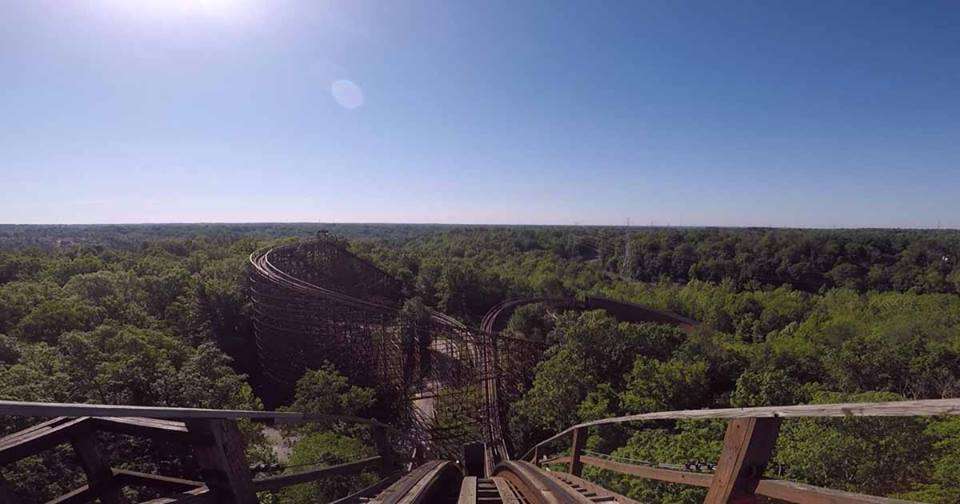 Cedar Fair Entertainment Company has reported results for the third quarter ended September 24, 2017.  It also reported attendance and guest spending trends through October, announced an increase in its quarterly cash distribution and provided an update on its anticipated long-term growth rates going forward.

Cedar Fair’s Board of Directors declared a 4% increase in the Company’s quarterly cash distribution to $0.89 per limited partner (LP) unit, payable December 15, 2017.  This distribution represents an annualized rate of $3.56 per LP unit and a more than 5.5% yield at current market prices.

The Company continues to believe in the strength of its business model and expects its FUNforward long-term strategy to continue to drive an Adjusted EBITDA CAGR of 4% going forward.

“Our commitment to providing a compelling experience for audiences of all ages is the foundation of our growth strategy,” said Matt Ouimet, Cedar Fair’s chief executive officer.  “Because of this commitment the underlying demand for our products remains strong, as has been the case with our performance through this past weekend.  Guests have responded extremely well to our new rides, attractions and immersive entertainment offerings.  Attendance and guest spending reached record levels through this past weekend and we expect that to continue into November and December as we expand our WinterFest celebrations to three more parks this year.”

Based on its performance to date and expectations through the end of the year, the Company is reconfirming its full-year Adjusted EBITDA forecast of $480 million to $490 million in 2017.

Ouimet continued, “In recognition of our current-year performance, positive outlook and strong balance sheet, our Board has declared a 4% increase in our fourth-quarter distribution. This reflects our confidence that cash flow will be more than sufficient to maintain and grow the distribution amount going forward while also allowing us to strategically invest in our business to support long-term growth.”

The increase in revenues for the quarter was the result of a 2%, or $0.72, increase in average in-park guest per capita spending, offset somewhat by a less than 1 percent, or 64,000-visit, decrease in attendance and a 4%, or $3 million, decrease in out-of-park revenues, including resort accommodations, when compared with last year’s third quarter.

The Company attributes the increase in third quarter attendance on a same-park basis to its strong capital program, including Mystic Timbers, a world-class wooden roller coaster at Kings Island, and the expansion of its two separately gated water parks at Knott’s Berry Farm and Cedar Point. The introduction of a month-long celebration at Canada’s Wonderland in July in honor of the country’s 150th anniversary also contributed to the third-quarter attendance growth.

Third-quarter operating costs and expenses of $327 million increased $11 million, or 3%, compared with the third quarter of 2016. The increase was primarily attributable to an increase in labor costs due to higher market/minimum wage rates, higher operating supplies related to new multi-week special events, the timing of maintenance projects and a legal reserve accrual. Cost of goods sold for the third quarter was comparable with the prior-year period.

Adjusted EBITDA, which management believes is a meaningful measure of the Company’s park-level operating results, was $334 million, down less than 1 percent, or $2 million, when compared with the record Adjusted EBITDA achieved in the third quarter of last year. See the attached table for a reconciliation of net income to Adjusted EBITDA.

Commenting on October results, Ouimet said, “Our focus on creating urgency through immersive multi-week special events has had a significant impact on our year-to-date results.  This year we expanded our day-time family Halloween offerings and continued to grow our night-time Halloween Haunt events.  Our ability to broaden our entertainment offerings for audiences of all ages, combined with pent up consumer demand from this summer, resulted in our best post-Labor Day performance in the Company’s history.”

Since the end of the third quarter of 2017, the Company has experienced a 7% increase in same-park net revenues when compared with the same period last year.  This increase was driven by a 5% increase in attendance and a 4% increase in average in-park guest per capita spending.

Today, the Company also announced the declaration of a quarterly cash distribution of $0.89 per LP unit, representing a 4% increase. The distribution will be paid on December 15, 2017, to unitholders of record as of December 4, 2017.

In early 2012, Cedar Fair launched its FUNforward strategic plan and while this plan continues to evolve, the core focus remains the same:  To be THE place to be for FUN.  The solid execution of the FUNforward initiatives over the past six years has delivered an Adjusted EBITDA CAGR of 4% and the Company expects this momentum to continue going forward.

“This is an exciting and transformative period for Cedar Fair,” said Richard Zimmerman, Cedar Fair’s president and chief operating officer. “Our guests find great value in our immersive entertainment offerings.  We remain focused on enhancing and broadening the overall guest experience through continued innovation and expanded entertainment offerings. We will also focus on driving demand in attendance and growing guest spending through compelling marketing campaigns and dynamic pricing strategies. In the end, transforming our parks into THE place to be for FUN will mean that our guests are visiting more often, staying longer and spending more.”

Zimmerman stated the strength of the Company’s business model and demand for its products generate a significant amount of free cash flow that allows it to invest in its business for both the short and long term. Going forward, the Company expects to spend approximately 10% of its revenues on marketable new rides, attractions and park infrastructures on an annual basis. “We will lean into our brand positioning work to ensure attractions and immersive entertainment offerings are true to each park’s unique history and local market tastes,” he added. “Over the long term, and when financially warranted, we also plan to invest incremental capital dollars in the development of land adjacent to our parks. The primary focus will be to drive additional park admissions and wholly incremental revenue streams through activities that leverage our installed asset base.”

Zimmerman concluded by stating, “We have a 30-year history of delivering a steady and predictable stream of income to our unitholders while continuing to invest in our business. We remain committed to steadily increasing our distribution to unitholders on an annual basis consistent with our expected 4% annual growth rate in Adjusted EBITDA. We are very excited to be a leader in an industry with the potential to grow and will continue to do everything necessary to be an attractive total return investment for our unitholders for many years to come.”

Joe Kleimanhttp://wwww.themedreality.com
Raised in San Diego on theme parks, zoos, and IMAX films, InPark's Senior Correspondent Joe Kleiman would expand his childhood loves into two decades as a projectionist and theater director within the giant screen industry. In addition to his work in commercial and museum operations, Joe has volunteered his time to animal husbandry at leading facilities in California and Texas and has played a leading management role for a number of performing arts companies. Joe previously served as News Editor and has remained a contributing author to InPark Magazine since 2011. HIs writing has also appeared in Sound & Communications, LF Examiner, Jim Hill Media, The Planetarian, Behind the Thrills, and MiceChat His blog, ThemedReality.com takes an unconventional look at the attractions industry. Follow on twitter @ThemesRenewed Joe lives in Sacramento, California with his wife, dog, and a ghost.
Share
Facebook
Twitter
Linkedin
Email
Print
WhatsApp
Pinterest
ReddIt
Tumblr
Previous articleDisney California Adventure to Transform Paradise Pier into Pixar-Themed Realm
Next articleNew Details Emerge on Universal Orlando’s Fast & Furious Attraction