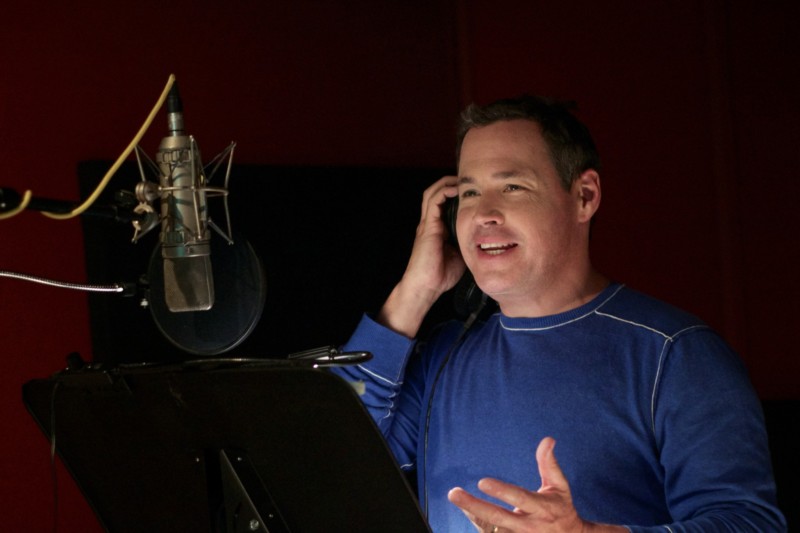 [quote]When you bring nature’s wonder to this medium in a powerful and compelling way, it engages and inspires the audience. ‘Galapagos 3D: Nature’s Wonderland’ perfectly captures what makes this archipelago, and its creatures, so special and so resilient to our fast-changing world.” — Jeff Corwin[/quote]

Brussels, Belgium and Burbank, CA, USA — nWave Pictures Distribution is pleased to announce that wildlife conservationist and Emmy Award-winning television host and presenter Jeff Corwin will be the narrator of a new IMAX 3D theatre film “Galapagos 3D: Nature’s Wonderland”. The film takes the audience on a spectacular exploration of the Galapagos archipelago with its remarkable collection of unique plants and charismatic animals suchas black marine iguanas, blue-footed boobies and giant tortoises, all filmed for the very first time in 4K 3D.

“I was thrilled to provide the narration for this amazing project written by my longtime hero David Attenborough,” said Jeff Corwin. “During the film’s post-production, I had a chance to watch it in 3D at Montreal Science Center’s TELUS IMAX Cinema and it literally took my breath away… and I have to admit that despite traveling the world for twenty years hosting and producing films and documentaries, I was thoroughly impressed with this incredible giant screen achievement.”

“I am truly honored and delighted to have Jeff Corwin lend his storytelling to this fascinating film that brings to the giant screen the extraordinary world of the Galapagos in a way that has not been possible before,” said Eric Dillens, Chairman of nWave Studios. “I am also pleased to report that the film in its initial few weeks of release has been very well received by museum leaders, audiences and reviewers, including receiving a four-star rating from La Presse of Montreal.” 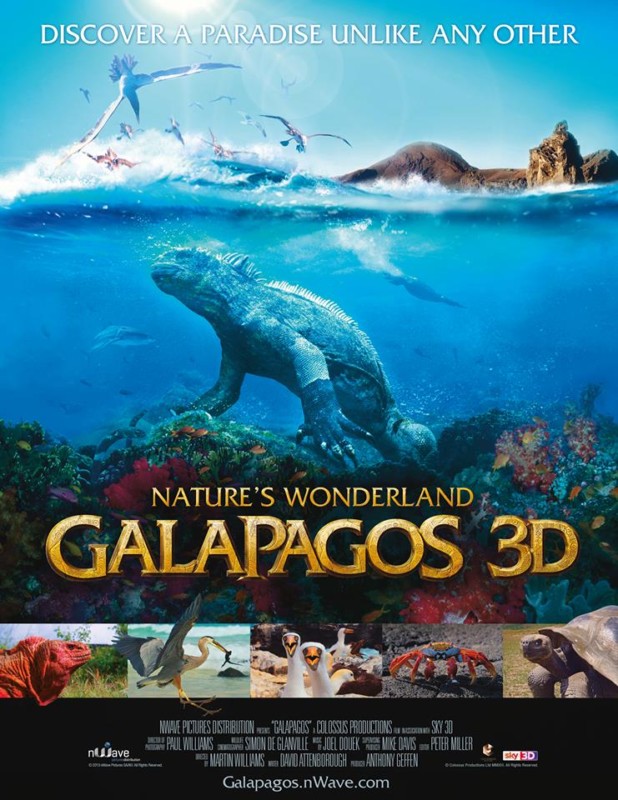 “Galapagos 3D: Nature’s Wonderland” is currently playing at the Houston Museum of Natural Science (TX), Montreal Science Center (QC) and will be launched this May both at the Tennessee Aquarium (Chattanooga, TN) and Moody Gardens (Galveston, TX) followed later this year by the Arizona Science Center (Phoenix, AZ). In February, the film made its international debut in Denmark at the Tycho Brahe Planetarium in Copenhagen. It will premiere March 14th in Mexico at Planetario Alfa in Monterrey before opening in Guayaquil,Ecuador at the Malecon Foundation 3D Cinema. Additional sites will be added as the footprint expands domestically and internationally over the coming weeks, with the Asian premiere set for April during the prestigious 4th Beijing Film Festival held in association with the China National Science and Technology Museum in Beijing.

As one of the leading voices for the conservation of endangered species and ecosystems around the globe, Jeff Corwin has been a tireless environmental advocate for more than twenty years.  Jeff began his work in conservation at an early age, spending much of his youth exploring tropical rain forests and advocating for their protection. He received Bachelor of Science degrees in both biology and anthropology from the Bridgewater State University. He further developed his expertise in tropical ecology while completing his graduate work at the University of Massachusetts, where he studied bats and snakes. Jeff’s television career began 1996 with the Disney Channel, where he produced and hosted the ground breaking series “Going Wild with Jeff Corwin”, then partnered with Animal Planet and Discovery Communications to produce and host the internationally acclaimed “Jeff Corwin Experience” and”Corwin’s Quest”. He has also written “100 Heartbeats: The Race to Save Earth’s Most Endangered Species” and featured in the MSNBC documentary”Future Earth: 100 Heartbeats”. Beyond television, Jeff has authored more than 10 critically acclaimed books on wildlife and conservation, including”Living on the Edge, Amazing Relationships in the Natural World”.  He is currently featured in “Ocean Mysteries with Jeff Corwin” a documentary series which explores the ancient connections between life in the sea and life on the rest of the planet, airing weekends on ABC stations nationally.

“Galapagos 3D: Nature’s Wonderland” takes audiences to a paradise unlike any other. Located close to the equator in the Pacific Ocean, these remote volcanic islands have developed over millions of years in relative isolation. The result is a living museum of nature, with an abundance of curious plant and animal species that have adapted to thrive in this unique and challenging environment. Giant half-ton long-necked tortoises lumber among dancing blue-footed boobies and flightless cormorants. Penguins living thousands of miles from their natural habitats share the seas with unique marine iguanas that spit sea-salt. This is a story of discovery, of survival against the odds, and of nature’s ingenuity.

A presentation of Colossus Productions in association with SKY 3D, and distributed exclusively worldwide by nWave Pictures Distribution, the 40-minute film is written by renowned naturalist David Attenborough,produced by Anthony Geffen and directed by Martin Williams.

Joe Kleimanhttp://wwww.themedreality.com
Raised in San Diego on theme parks, zoos, and IMAX films, InPark's Senior Correspondent Joe Kleiman would expand his childhood loves into two decades as a projectionist and theater director within the giant screen industry. In addition to his work in commercial and museum operations, Joe has volunteered his time to animal husbandry at leading facilities in California and Texas and has played a leading management role for a number of performing arts companies. Joe previously served as News Editor and has remained a contributing author to InPark Magazine since 2011. HIs writing has also appeared in Sound & Communications, LF Examiner, Jim Hill Media, The Planetarian, Behind the Thrills, and MiceChat His blog, ThemedReality.com takes an unconventional look at the attractions industry. Follow on twitter @ThemesRenewed Joe lives in Sacramento, California with his wife, dog, and a ghost.
Share
Facebook
Twitter
Linkedin
Email
Print
WhatsApp
Pinterest
ReddIt
Tumblr
Previous article
Koch Family Purchases Alabama’s Splash Adventure Waterpark
Next article
Giant Screen Films and D3D Enter Formal Partnership with American Exhibitions