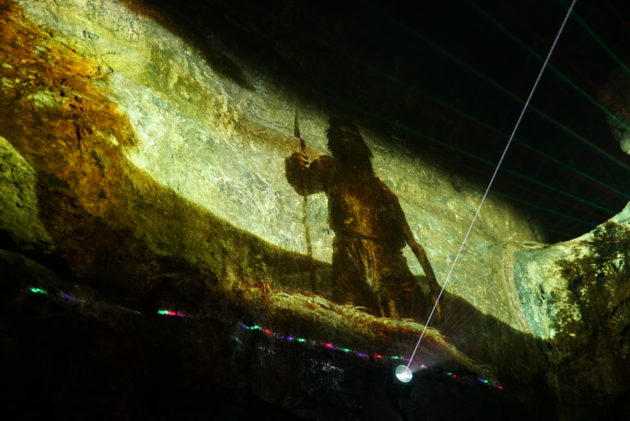 London, UK — Cheddar Gorge & Caves have long been a Great British tourist icon. Nestled into the hills of Somerset they have greeted numerous guests through the years. Thanks to LCI Productions, the caves recently underwent a digital transformation to keep their history relevant to the modern audience.

Cox’s Caves were unveiled in May as the first new attraction at Cheddar Gorge & Caves in almost a quarter of a century. LCI Productions created a multi-media walk-through experience dubbed ‘Dreamhunters – The Adventures Of Early Man’, that takes visitors through ancient human history within the caves with the help of some state-of-the-art projection technology from Casio, high tech sound systems and stunning lighting. Based within the eight natural chambers of Cox’s Cave, they created a 100 meter walk-through route which used AV technology to tell the story of early man in eight chapters. 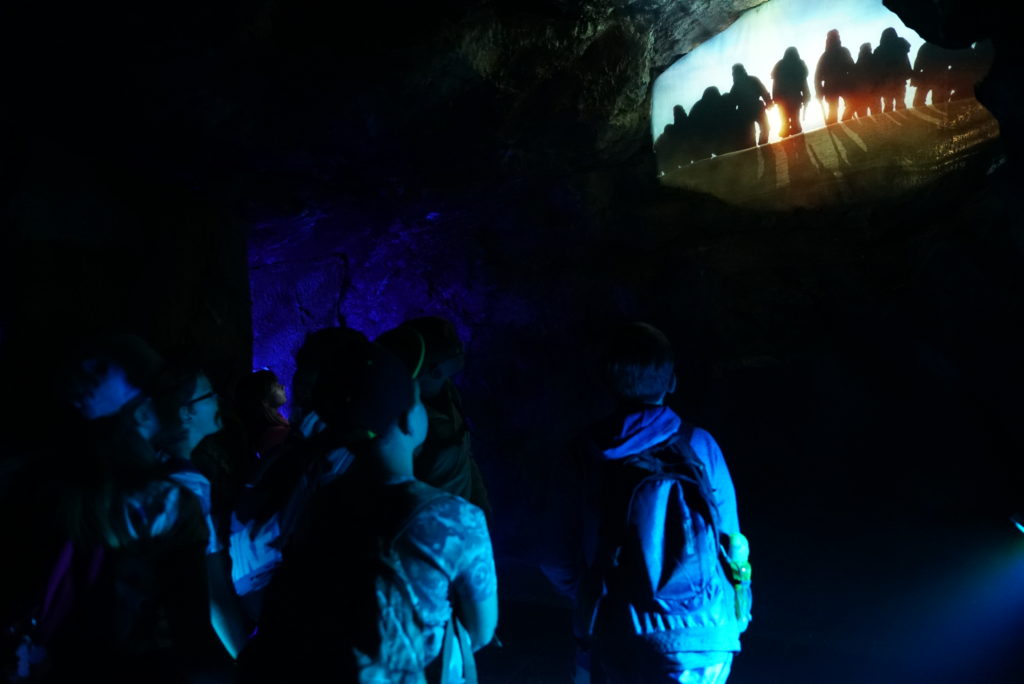 Creating this experience was a feat of engineering as the striking natural features of the cave presented particular AV challenges. All power and signal facilities needed to be installed from scratch, and the outdoor environment meant that all technology needed to handle exposure to the elements as part of this. Signal and power were paramount to creating the experience and it took a team of six installers 57 days to install the three kilometers of fiber-optic cables, two kilometers of audio cable, 1.5 kilometers of DMX cable and 1.2 kilometers of mains cable across the eight chambers. As Design Director at LCI Productions Rob Paul explained, “there is not a straight edge in this place”, so special considerations had to be made to work with the natural features.

“One of the other challenges we hadn’t fully appreciated was the acoustic element of the caves”, Rob continued, “So we put in additional treatment to create the best guest experience.”

This included sound-proofed flooring, as well as curtains to divide the different cave chambers and ceiling elements to minimize audio interference. 55 LED lights and eight underwater LEDs, as well as a choreographed laser showcased the stunning characteristics of the cave.

The pièce de résistance of the installation though was the wraparound video experience created with 16 Casio projectors throughout the walkthrough, chosen for their unrivaled reliability and technical specifications. Mapped to the various features of the cave, LCI Productions created custom content to be projected on the rocky faces and cave walls. Using five Casio Ultra Short Throw (UST) projectors and a further seven Casio Green Slim series, they were able to take advantage of the dramatic natural shapes within the cave to amplify the visual storytelling. The UST projectors in particular, with a throw distance of just 27 centimeters to produce an 80” image, allowed even the most difficult of spaces within the cave to become transformative parts of the walkthrough. 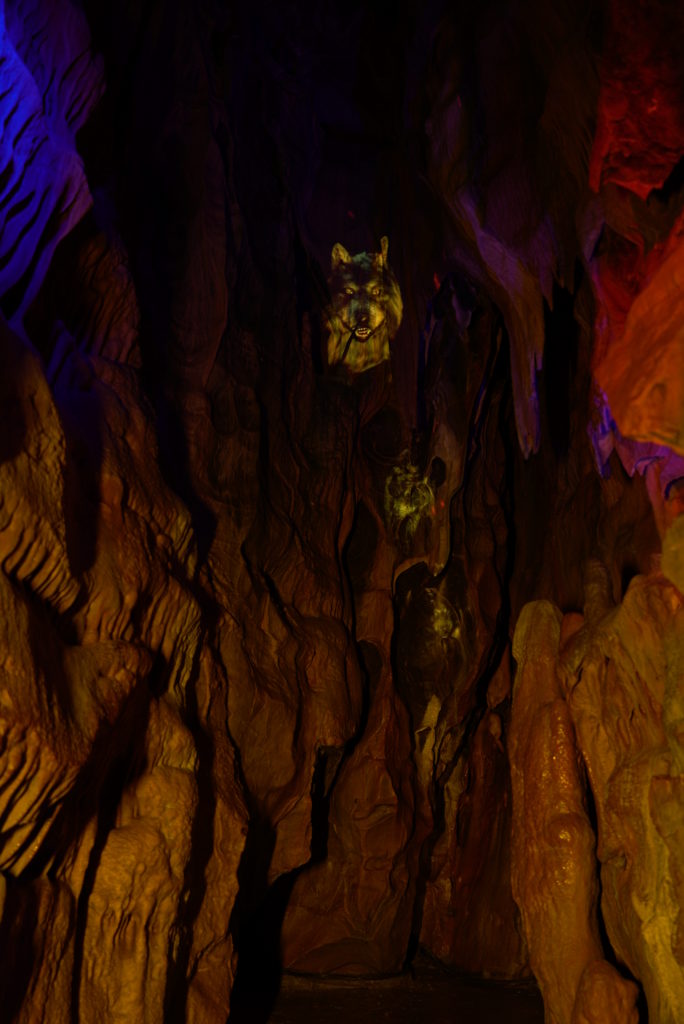 Casio is a trusted brand for LCI to help create high-quality installations consistently. Their Laser & LED hybrid lamp source meant that even in the difficult environmental conditions of the cave environment, the projectors would always perform optimally for the guests. The throw distances achieved with the zoom lens and UST meant that LCI could attain all the visual effects they required as part of the experience. The projector size, DMD TI Chip and Serial Control were also key in bringing the displays to life. The leading price point of the projectors also meant that they were ideal for creating the attraction.

It took the team 30 days to design and 70 days to produce the video story, which takes visitors through the story of ancient man, with each chamber revealing a different chapter in the story.

As the Casio projectors use Laser & LED there are no replacement parts, or lamps and filters to change, helping to minimize maintenance and virtually eliminating downtime, meaning that guests can always rely on the attraction to wow and entertain them. Additionally Casio boasts constant brightness over their projectors’ estimated 20,000 hour lifetime. In comparison, lamp-based projectors can degrade in brightness by as much as 50% in the first year.

This new experience at Cox’s Cave is part of a £400,000 investment plan at Cheddar Gorge for 2016. Buildings and shop-fronts in the Gorge are also to be repainted, as the first step in a new phase of reinvestment in the attraction.

Joe Kleimanhttp://wwww.themedreality.com
Raised in San Diego on theme parks, zoos, and IMAX films, InPark's Senior Correspondent Joe Kleiman would expand his childhood loves into two decades as a projectionist and theater director within the giant screen industry. In addition to his work in commercial and museum operations, Joe has volunteered his time to animal husbandry at leading facilities in California and Texas and has played a leading management role for a number of performing arts companies. Joe previously served as News Editor and has remained a contributing author to InPark Magazine since 2011. HIs writing has also appeared in Sound & Communications, LF Examiner, Jim Hill Media, The Planetarian, Behind the Thrills, and MiceChat His blog, ThemedReality.com takes an unconventional look at the attractions industry. Follow on twitter @ThemesRenewed Joe lives in Sacramento, California with his wife, dog, and a ghost.
Share
Facebook
Twitter
Linkedin
Email
Print
WhatsApp
Pinterest
ReddIt
Tumblr
Previous article
Dubai Parks and Resorts to Open October 31
Next article
Miami’s Frost Science Selects Sky-Skan as 8K Digital Planetarium Provider