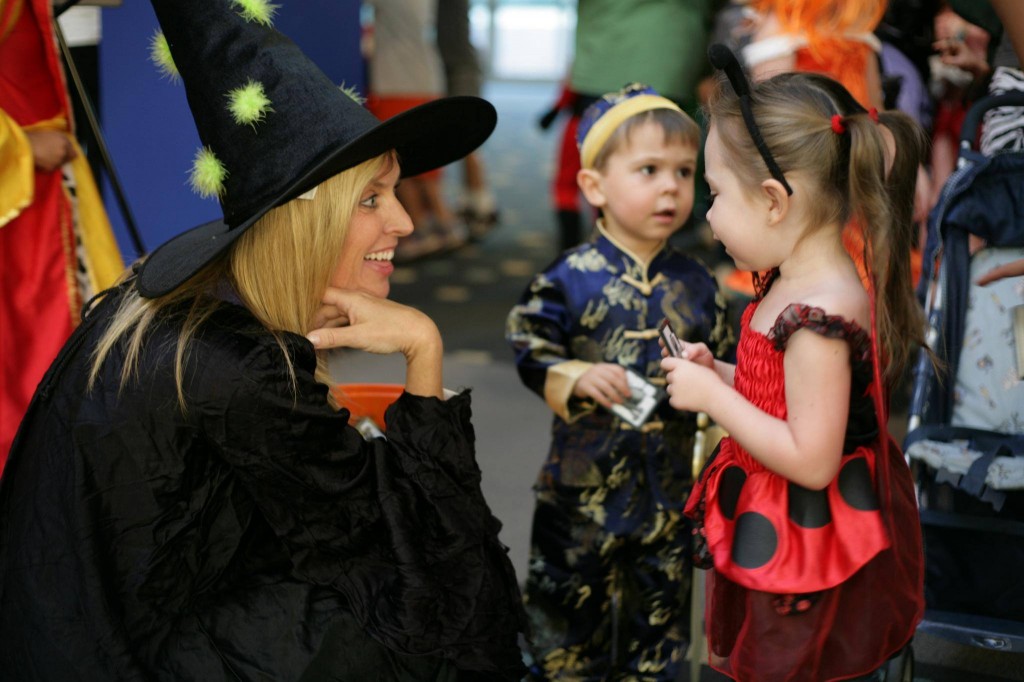 Step into a time machine and literally disappear into Halloweens of years past at the nation’s oldest continually-operated haunted house – Time Warp: 50 Years of Fear, October 10-31, 2013

Haunted House visitors watch as family and friends appear to disappear into a terrifying 3-D Time Warp created by The Children’s Museum Guild (its largest fundraiser of the year).  Upon entering, the spinning tunnel of terror whisks visitors back five “dead’cades to explore 50 years of pop culture through a creepy, three dimension lens. Your first stop is 1964’s Upside Down Room. You’ll be amazed at how your hair stays in place as you ‘walk’ upside down on the ceiling.

Step carefully on to the moon (circa 1968) as special effects make it appear as though you might fall into a deep crater or get splattered with lava.

“The addition of 3-D effects this year has taken our Haunted House to the next level.  Visitors will see things literally popping off the walls and floating in mid-air.  You might even see a hole in the floor … but is it really there?” asked Haunted House “Head Witch” Carol Clark.

Get your groove on in the retro Haunted Hangout, a 1970s inspired basement that features all of the iconic 70s memorabilia you remember including a console TV, shag carpet and memorable pop culture posters!  As guests move through time they will experience the 1977 Star Wars movie’s Creepy Cantina.  Join the band, grab a beverage and spend time with your favorite Star Wars characters.

Visitors move from the 1970s into the 80s and enter the Gruesome Game Room.  Watch your step as Pac Man ghosts gobble at your feet until it is “Game Over!” Then you step inside a life-size, pinball machine zig zagging to escape a giant hand that reaches out of the walls, through lightning bolts and floating asteroids.

The 1980s continue with a trip through a mummified mausoleum on the way to the Zombie Zone, a tribute to the iconic 1983 Thriller video.  Move into the 90s Wicked World Web and dodge a six foot scary spider that stalks a computer graveyard causing people to ‘look out’ or get caught in its corded web of creepiness on the way to Y-2 Kaos.

In the end, visitors will be invited to celebrate 50 Years of Fear in the ‘Cheers to 50 Years’ room as they tunnel back to reality.

“This year’s Haunted House pays tribute to the fact that our event stands the test of time.  We have been able to dream, build and staff this iconic Haunted House for a half century; we know what kids want to see and we deliver a unique experience each year which is what makes our Haunted House so successful.”  Said Haunted House “Head Witch” Vicki Burdick 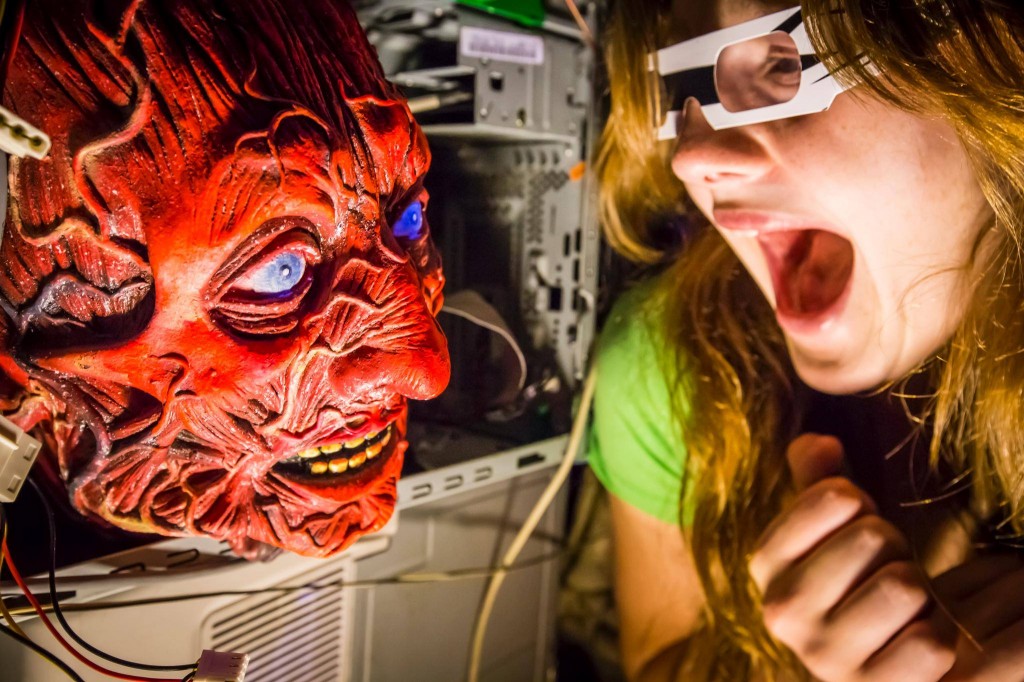 The 2013 Haunted House will offer something for everyone in terms of the level of fear. In addition to IPL’s Lights-on Hours and Defender Direct’s Frightening Hours, there is a new experience for those seeking a higher level of horror. On Friday nights only, William’s Comfort Air’s Xtreme Scream! hours offer the ultimate mind/body, fright experience in a psychological thriller sort of way. The Children’s Museum Guild Haunted House is The Children’s Museum‘s largest annual fundraiser.

Also in October, The Children’s Museum invites you to encounter a variety of live bats from around the world, at the Bat Encounter (Oct.17, 18, & 19 at various times). Observe their behaviors, and hear their high-pitched echolocation with a bat detector. This show included with the cost of museum admission features live rescued bats.

Witness monster movie magic up close in a separate exhibit within the museum called Hollywood Haunts.The Addams Family and Indy’s own Sammy Terry welcome you to see real props and costumes from some of Hollywood’s most popular sci-fi, horror, and adventure movies. This experience is also included with the cost of museum admission.

Joe Kleimanhttp://wwww.themedreality.com
Raised in San Diego on theme parks, zoos, and IMAX films, InPark's Senior Correspondent Joe Kleiman would expand his childhood loves into two decades as a projectionist and theater director within the giant screen industry. In addition to his work in commercial and museum operations, Joe has volunteered his time to animal husbandry at leading facilities in California and Texas and has played a leading management role for a number of performing arts companies. Joe previously served as News Editor and has remained a contributing author to InPark Magazine since 2011. HIs writing has also appeared in Sound & Communications, LF Examiner, Jim Hill Media, The Planetarian, Behind the Thrills, and MiceChat His blog, ThemedReality.com takes an unconventional look at the attractions industry. Follow on twitter @ThemesRenewed Joe lives in Sacramento, California with his wife, dog, and a ghost.
Share
Facebook
Twitter
Linkedin
Email
Print
WhatsApp
Pinterest
ReddIt
Tumblr
Previous article
Feld Entertainment and Marvel Announce Marvel Universe LIVE! at NY Comic-Con
Next article
VIDEO AND ARTWORK: Avatar Theme Park Concept Art Revealed at D23 Japan