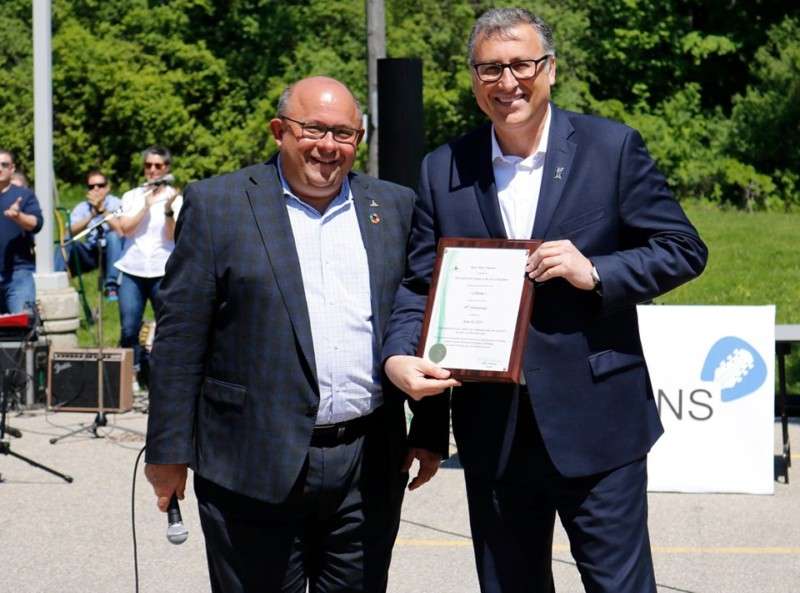 Christie® is moving into its 90th year with new leadership, a strong demand for its products, and new global partnerships. The Kitchener, Ontario facility, which is the global center for quality manufacturing and engineering excellence, is running at capacity to meet worldwide demand for Christie’s latest cinema and pro-av industry solutions.​

President and COO Zoran Veselic has taken the reigns from longtime CEO Jack Kline and says that the focus for the company will include expanding its line-up of laser projectors, expanding LED technology and leveraging the convergence of AV over IP. Says Veselic, “The market changes quickly and as we move into Christie’s next decade the pace will only increase. Christie employees have the talent and drive to keep us competitive and continue to lead the market with new innovations.”

Christie recently introduced new technology including MicroTiles LED, an award-winning LED video wall solution, and the Christie D4K40-RGB projector, an award-winning projector of which 252 will be installed in the Al Wasl Plaza Dome for Expo 2020 Dubai.

“It’s exciting to see homegrown technology being used globally,” says Veselic. “And the response to our newest technology from our customers and partners has been extremely positive.” Christie announced recent partnerships with Expo 2020 as the Official Projection and Display Partner and China’s Huaxia Film to develop a projection system for advanced format movies. In Kitchener, Christie technology can be found in the Apollo Theater, lighting up the screen and immersing guests in surround sound, in the lobby of the Hamilton Family Theatre in Cambridge, The Centre in the Square, TheMuseum, the Kitchener-Waterloo Art Gallery and Kitchener City Hall, to name a few.

Christie’s history is marked by significant milestones, including the 1999 acquisition of Kitchener’s Electrohome Projection Systems, which established Christie as the leader in digital projection, ushering in a new wave of digital projection in movie theatres. And Christie continues to innovate in projection technology, with skilled technicians in the Kitchener facility building laser optical systems, which are a key component of its RGB laser projectors.

“Christie’s advanced manufacturing capabilities in Kitchener are world class,” says Veselic. “Our team of technicians are assembling laser optical systems, which involve aligning the numerous, small mirrors needed to bounce and shape laser light into a single strand of fiber optic cable using a robot-driven process. We’re able to increase production volumes for our laser optical systems, and as a result, we can meet the strong market demand for our laser projectors.”

Christie has global offices to serve its customers regionally and another manufacturing facility in Shenzhen China.

Joe Kleimanhttp://wwww.themedreality.com
Raised in San Diego on theme parks, zoos, and IMAX films, InPark's Senior Correspondent Joe Kleiman would expand his childhood loves into two decades as a projectionist and theater director within the giant screen industry. In addition to his work in commercial and museum operations, Joe has volunteered his time to animal husbandry at leading facilities in California and Texas and has played a leading management role for a number of performing arts companies. Joe previously served as News Editor and has remained a contributing author to InPark Magazine since 2011. HIs writing has also appeared in Sound & Communications, LF Examiner, Jim Hill Media, The Planetarian, Behind the Thrills, and MiceChat His blog, ThemedReality.com takes an unconventional look at the attractions industry. Follow on twitter @ThemesRenewed Joe lives in Sacramento, California with his wife, dog, and a ghost.
Share
Facebook
Twitter
Linkedin
Email
Print
WhatsApp
Pinterest
ReddIt
Tumblr
Previous articleRainer Maelzer joins WhiteWater as Canadian firm gains exclusive rights to SlideWheel
Next articleCedar Fair issuing $500 million in unsecured notes to finance Texas and California acquisitions