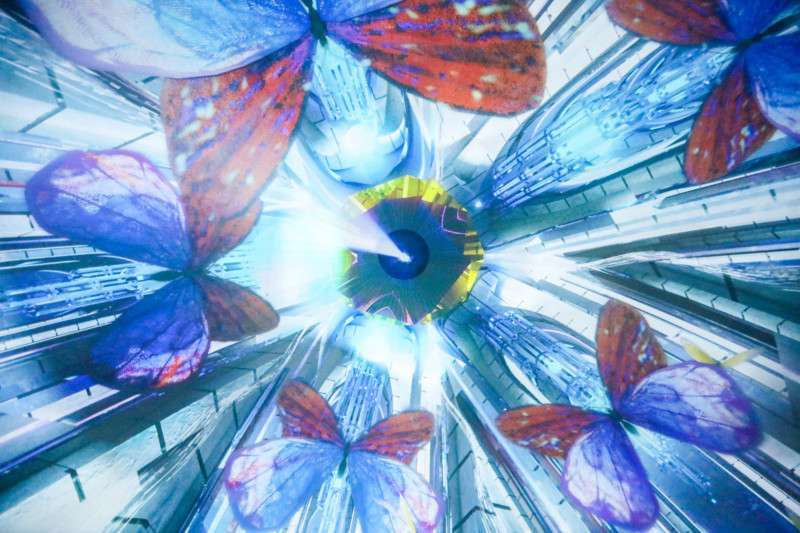 Obscura Digital took home the award for “Best Use of Technology at a Festival” at the first annual XLIVE x ​Everfest Festival Awards for its immersive dome production at the 2017 Coachella Valley Music and Arts Festival. Presented on December 12 at XLIVE, the awards honor innovators in the festival space, celebrate festival producers and their peers, and reward incredible accomplishments.

The award-winning installation, called The Antarctic Dome, was custom built for the Coachella festival, and at 120-feet provided a projection surface larger than most theatres. A nine-minute audiovisual program titled Chrysalis was projected onto the dome in full 360-degrees for packed audiences of 500-plus persons throughout the two festival weekends. Obscura used 15 Christie Boxer 2K30 projectors to fill the dome with bright, crisp visuals that immersed the audience in a metamorphic journey through time, space and consciousness.

“We chose Christie Boxer 2K30 projectors for The Antarctic Dome because we needed projectors that could deliver the lumens, while being dependable enough to run in an incredibly demanding physical environment (arid, dusty, hot, cold, windy) 17 hours a day for four days straight, two weekends in a row without fail, since audiences of 500 would be continually cycled through every 15 minutes,” said Matty Dowlen, Obscura Digital’s chief of production.

The technical effort included the usual architectural projection mapping challenges, but made more challenging by doing so on 360-degrees of the largest geodesic projection dome in the world. The continual temperature changes and high desert winds created a less than ideal setting for the installation; and while “the Christie Boxers took some serious abuse in these conditions — the air filters were literally caked with dust by the end — they performed incredibly well,” says Dowlen.

Obscura’s media team used a combination of CGI, fractal geometry and practical effects videography to create Chrysalis. Combined with custom audio and Christie projectors, Obscura delivered an experience that left the Coachella audience feeling as though they were traveling through space-time, impressing the judges and meriting the Best Use award.

“Obscura has created a deeply-immersive trip through space, time and consciousness —and it was widely touted as the best art installation Coachella has ever had. Winning the XLive award for “Best Use of Technology at a Festival” speaks volumes to the caliber of this installation,” says Kathryn Cress, vice president, global & corporate marketing, Christie.

Joe Kleimanhttp://wwww.themedreality.com
Raised in San Diego on theme parks, zoos, and IMAX films, InPark's Senior Correspondent Joe Kleiman would expand his childhood loves into two decades as a projectionist and theater director within the giant screen industry. In addition to his work in commercial and museum operations, Joe has volunteered his time to animal husbandry at leading facilities in California and Texas and has played a leading management role for a number of performing arts companies. Joe previously served as News Editor and has remained a contributing author to InPark Magazine since 2011. HIs writing has also appeared in Sound & Communications, LF Examiner, Jim Hill Media, The Planetarian, Behind the Thrills, and MiceChat His blog, ThemedReality.com takes an unconventional look at the attractions industry. Follow on twitter @ThemesRenewed Joe lives in Sacramento, California with his wife, dog, and a ghost.
Share
Facebook
Twitter
Linkedin
Email
Print
WhatsApp
Pinterest
ReddIt
Tumblr
Previous article
Springtime at Disneyland Paris Belongs to Pirates and Princesses
Next article
Knott’s Berry Farm to Host Park-Wide PEANUTS Celebration