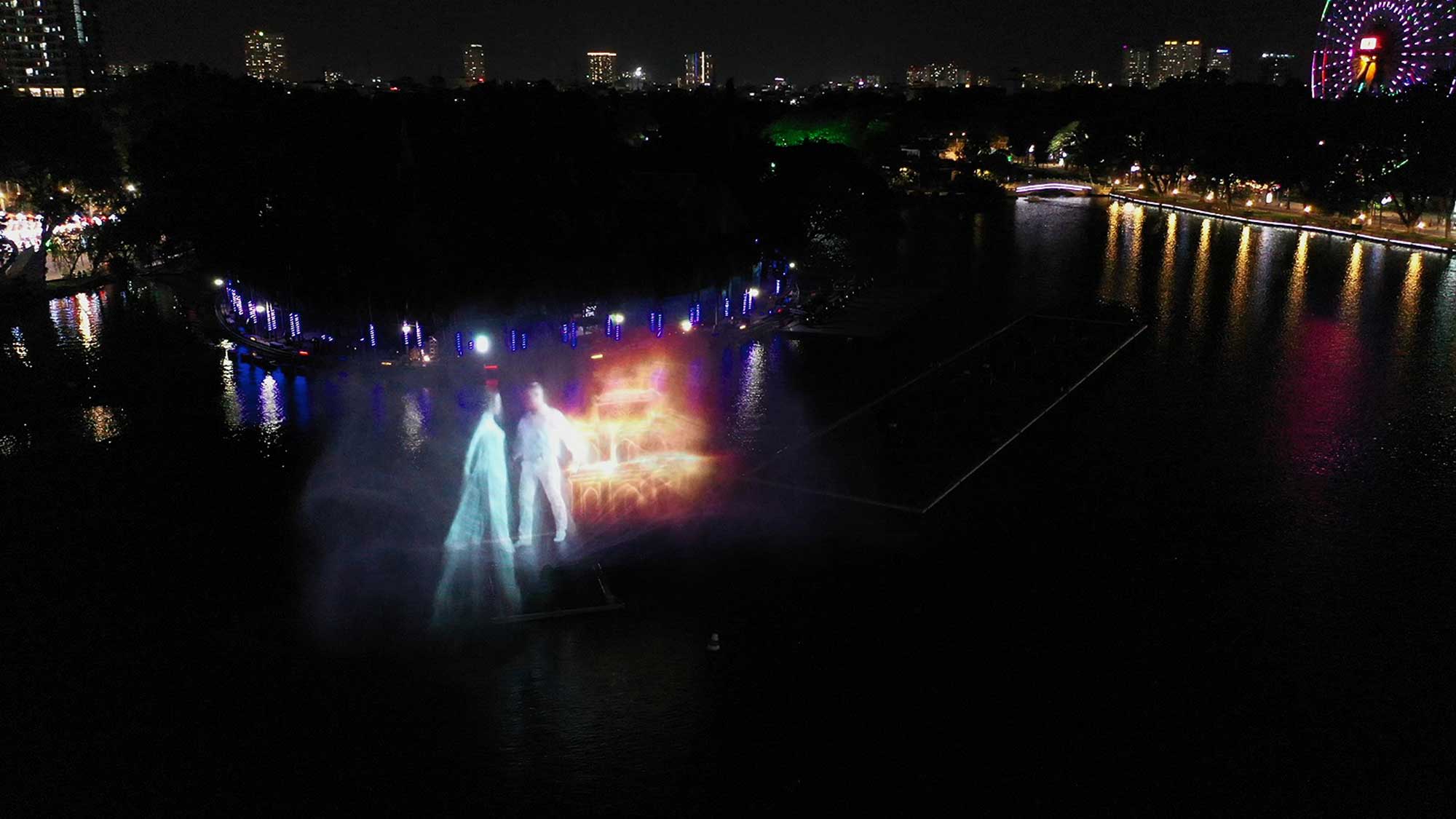 Jointly presented by Dam Sen Theme Park and Christie’s partner Alta Media, the nighttime spectacular features an advanced lighting system comprising lasers, interactive water screen projections and a dancing fountain spanning 100 meters in length. Visitors can enjoy an exciting combination of twirling water jets, complemented by a fire performance and an aerial firework display over an energetic soundtrack. This is the first interactive water screen project in Vietnam that showcases an innovative “photo booth” function where selfie photos taken on-site can be displayed on the water screen during the performance.

“We are delighted to be involved in this major project that seeks to promote Dam Sen Theme Park as the latest and trendiest night tourism destination in Ho Chi Minh City,” said Hoang Tu, chief technology officer, Alta Media. “As the systems integrator and digital content provider for this new outdoor show, we have pulled out all the stops and deployed various AV technologies, such as state-of-the-art laser projections, to deliver a highly immersive and enjoyable experience.”

Noting that the quality and reliability of the projections are most critical to the success of this nighttime extravaganza, Tu said the team had shortlisted several projector models for assessment before deciding on the Christie HS Series. “We needed a high-brightness and cost-effective projection system that not only excels in color accuracy, but also has a small form factor and is easy to install. The Christie D20WU-HS, with an output of 20,600 lumens and Christie BoldColor Technology, that accurately reproduces colorful images without sacrificing brightness, ticks all the boxes and emerged as our preferred choice in terms of both quality and budget,” Tu explained.

A total of four D20WU-HS projectors have been deployed for the water screen projections. They are double-stacked and fitted in a waterproofed, air-conditioned control room built directly across the performance area. The Alta Media team’s primary challenge was to accurately calibrate the images on water screens that are located 200 meters away from the control room. “It is the combination of content development and calibrating with the right lens to attain optimal visuals on the water screens,” Tu added. “In this way, we are able to maximize the impact of the contents, which are updated twice a year to keep the show fresh and appealing.”

Guests have expressed their enjoyment of the clarity and sharpness of the selfie images displayed on the interactive water screen, as well as the specially created content that highlights the richness of Vietnamese history and culture.

“We are pleased that Alta Media has chosen the Christie HS Series to power the water screens for this large-scale outdoor spectacular at Dam Sen Park,” said Michael Bosworth, executive vice president, Enterprise, Christie. “This demonstrates the high performance, dependability and versatility of our 1DLP® laser projectors, which are increasingly embraced by customers around the world and used in numerous applications to deliver highly realistic and entertaining experiences.”